Before Virginia Military Institute cadets were photographed in blackface in yearbooks, they fought to preserve slavery during the Civil War in the Battle of New Market. The 2015 film Field of Lost Shoes - produced with $1 million in Virginia public funds - chronicles that battle.

The project, a masterpiece of historical revisionism, was driven by a first-time screenwriter who, though not elected, holds tremendous sway over statewide politics.

Thomas F. Farrell II isn’t exactly a household name in Virginia, and certainly not outside the Commonwealth, but as CEO of the region’s largest utility monopoly and board member of one of the world’s largest tobacco companies, his decisions affect millions each day.

Dominion Energy’s imprint on the region can be seen in Virginia’s capital city of Richmond, where it runs deep and high. Its logo is emblazoned in varying sizes across every major museum and cultural institution. The company is building a 20-story tower downtown and has plans for a twin.

Over time, Dominion has ploughed through the permit processes for a nationally-overlooked gas pipeline. It faces renewed furor over a just-approved fracked-gas compressor station, a project made possible by now-notorious Governor Ralph Northam, whose controversial gaming of board appointments to ensure the station’s approval has been called a contemporary counterpoint to the racism of his youth. Today, Richmond’s mayor faces criticism for walking arm-in-arm with Farrell into a plan for a new coliseum funded by a controversial tax increment financing plan.

The corporation that would finance the coliseum is technically an independent entity, but Farrell is its chief advocate and Dominion its largest beneficiary.

Proponents call the multi-billion dollar plan - ironically named for a black neighborhood the original colosseum destroyed - a chance for revitalization that will yield jobs, spur economic activity, and even court Beyoncé concerts. Critics point out that the predicted profits appear to be tremendously inflated, with taxpayers shouldering any financial burden for Dominion is mortgaging the city’s future for corporate beneficiaries.

The finalized plans for the coliseum proposal remain under lock and key. A court has rejected a FOIA lawsuit attempting to force their release from the Stoney administration. An appeal is pending.

Absent those plans, and with questions about motivations remaining, we have some indication of the quality of the final product of partnerships between Farrell and government entities. One could look to analysis of records of another Dominion taxpayer funded project that has left more questions than economic activity.

In this landscape of corporate overreach and ever-expanding revelations of racism from Virginia’s leadership is the far-too-overlooked racism of Farrell’s publicly-funded artistic endeavor, Field of Lost Shoes.

What is it about white male executives making Civil War movies that portray Virginians fighting to enslave people as heroes?

The Virginia Film Office never asked, at least according to records they released. They did, very quickly and helpfully, send the application materials for the project, including the script. Field of Lost Shoes LLC applied for $1 million from both the Governors Motion Picture Opportunity Grant Fund and the Virginia Motion Picture Tax Credit Fund in April 2013.

Farrell is not mentioned in the application. In the Economic Impact section, the applicant notes other states being considered for filming were “Georgia and Canada” and that “The incentive is the primary reason we have chosen to shoot in VA.”

On the next page, the applicant notes, “This is a Virginia based story, made by people who are passionate about history. It’s bringing a lot of work to the state.”

The VFO also included the shooting budget and production schedule. This includes a peek at how much Jason Isaacs (Lucius Malfoy and the bad guy from The Patriot) and David Arquette (AT&T, WCW) were paid for their star turns. A letter of intent from the Film Office slices the money into an $800,000 credit and a $200,000 grant.

Its attempt at glorifying the Lost Cause is masterfully picked apart here, but Farrell and his two co-author’s purple prose is racist revisionism at its most flowery. Here’s just one example: 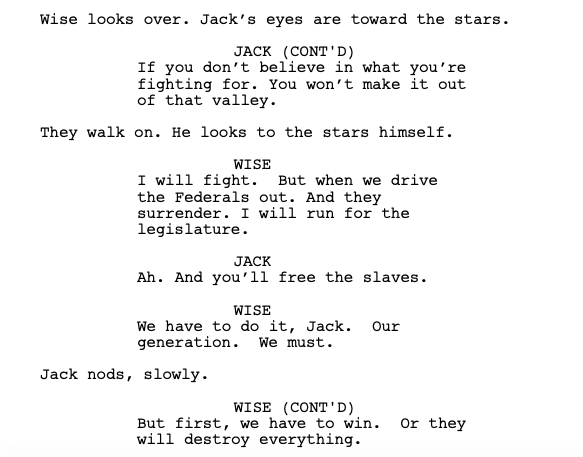 The scene that made it to screen has slightly altered dialogue, and while we won’t spoil it, we will spoil the last scene: an enslaved man, saved from the gallows by the young cadets (“Old Judge,” Keith David) embraces the youngest, now battle-hardened soldier.

The end titles helpfully, but without explanation, note the man “became free.”

Reviews were poor. Not long after the film’s release, Farrell began floating his plan for Richmond coliseum redevelopment. The film cost Virginia $1 million; the coliseum promises to cost the people of Richmond quite a bit more.

While the final plans for the development have yet to be released, we have used MuckRock to renew the request. Keep track of its progress here.

Virginia has a long history of using public funds to back Confederate memorial projects that with varying levels of historical revisionism. In a political moment defined by rapid-fire revelations of blackface, ongoing discussions of white supremacy in statewide policy, and emerging criticism of corporate influence over state governance, figures like Farrell play an off-screen but impactful part in the state’s inherited legacy of anti-black racism.

The full script is embedded below:

Kristin Reed sent this request to the Mayor's Office of Richmond, VA