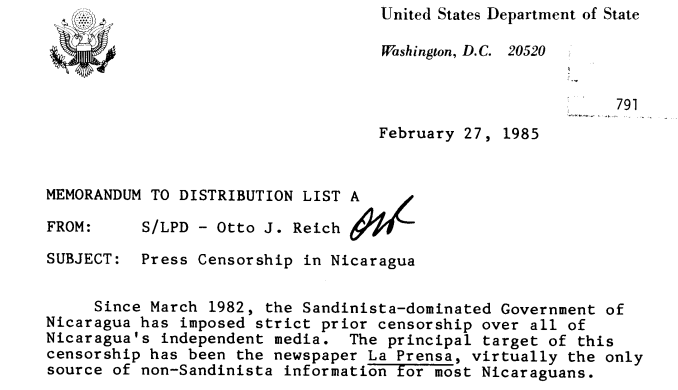 Last year’s protests began on April 18th, in response to the passage of a tax on retirees’ pension checks. But these wildly unpopular social security reforms were just the tip of the iceberg - earlier that month, popular unrest began to ferment following the government’s inaction after a massive fire broke out at the Indio-Maiz biological reserve. The reserve was home to many indigenous people and farmers, who started the #SOSIndioMaiz movement in protest of Ortega’s failure to prevent and maintain the fires.

Following the Indio-Maiz protests, students from the major universities began to join farmers and those protesting social security reforms. On April 19th, 17-year-old student from Tipitapa, Richard Pavon Bermudez, was one of the first student activists killed for protesting. Since then, it has been reported that more than 350 Nicaraguan activists, students, and journalists have been killed, and over 760 political prisoners remain behind bars.

Ortega was elected in 2016 to his third consecutive term as President, and his fifth time governing Nicaragua. He first came to power in 1979 within the Junta of National Reconstruction, after the fall of then-President Anastasio Somoza and his own wildly unpopular government.

The Sandinistas solidified their control of the government in the early ‘80s by placing leaders of the Sandinista movement at the head of defense and the army, culminating with Ortega’s 1985 election as president. Similar to Nicaragua’s economic state today, the economy saw a steep declined as exports dropped across the board. 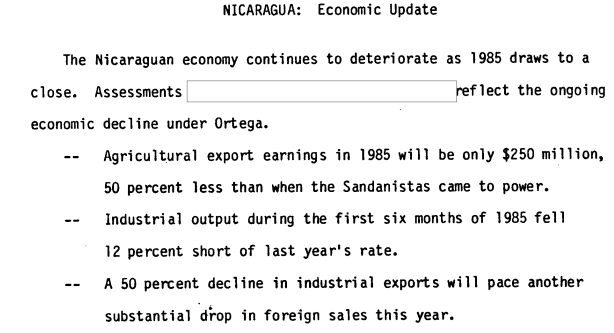 To make up for this loss, Nicaragua started to heavily rely on Soviet Bloc-aligned powers to sustain their economy.

That financial assistance was severely disrupted by the 1991 dissolution of the Soviet Union. Which is in part why today, Nicaragua remains the poorest country in Central America with widespread underemployment and poverty.

“Over the past ten years, the elite recreated the broad political pack created under Somoza. It has no goal beyond self preservation and family wealth. Ortega is basically saying, I’ll give you all the policies you want, but don’t question my power,” said PhD Candidate at the Harvard University Department of History, Mateo Jarquín. 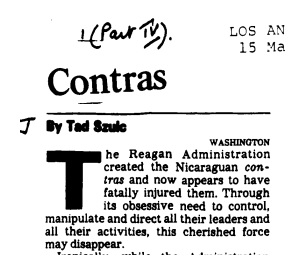 Although the U.S. hasn’t publicly intervened in the most recent social uprising in the country, the Reagan Administration infamously had a different plan. Starting in 1980, President Ronald Reagan began a campaign to arm and fund the Anti-Sandinista “Contras” as part of a larger anti-Communist strategy in Latin America, sparking another civil war.

“People crave stability. In 1990, the U.S. might have brought in newspapers and freedom, but as we say in Nicaragua “con la democracia no se come,” you don’t eat with democracy. People need to understand the cultural factor of this and the tendency to look for a strongman as a leader. That’s what creates cycles of intervention in these places,” added Jarquin.

Forty years since the start of the revolution, Nicaragua’s citizens find themselves chafing under a government that has failed to deliver on its promises.

“Poverty has only been reduced by 1% since 1990, so really, Ortega hasn’t changed things for better or worse,” said Jarquin.

Since last April, Nicaraguans continue to raise their voices against the Ortega government, but face life-threatening consequences. With the future uncertain, we’re left with looking at the past to better understand how we got here.

MuckRock is in the process of revamping our CIA World Tour project, starting with Nicaragua - clicking on the link below will take you to a random document from the Central Intelligence Agency archives mentioning Nicaragua during the Truman Administration. More documents, and more countries, will be added in the coming months, so stay tuned.