The Securities and Exchange Commission receives thousands of FOIA requests each year - over 13,000 during the last one - and yet they managed to walk away the winner of MuckRock’s annual FOIA March Madness competition for the second year running. Other departments, though, have also provided some sort of response, and they’ve done so with variation; we’ll take a look at some of those differences here.

The success of the SEC was due in part its willingness to call us and chat about ways to limit the request in a way that might make its response swifter and more to our point.

Calling your FOIA officer can always be a big step in making sure everyone is on the same page about what’s wanted and what is preventing its disclosure. It definitely helped the SEC narrow our request, which basically broke down into two parts.

The SEC had a major advantage over other agencies, because it is one of the few departments with the ability to do a universal, agency-wide search of email communications. When we limited the request to just those communications where our desired phrases appeared in the subject line, an initial search brought up over 200,000 emails.

Many other agencies couldn’t begin to come up with an estimate like that, since such an overview was out of their abilities. Those, like the Army or the Broadcasting Board of Governors, found the initial request burdensome almost immediately.

Ultimately, we were able, alongside the SEC, to narrow the request to the metadata portion of hundreds of emails, and we accepted a sample of the potentially-responsive records to get otherwise useful information as quickly as possible.

Limiting a request that will turn up a ton of communications to just the “To,” “From,” “Date,” and “Subject Line” fields can help one get a quick sense of who is sending messages and then identify which ones are actually the important ones. The provision of emails requires a review of their content for possibly sensitive information that should be redacted and by leaving out the body of the messages in this first run, we avoided the necessity of individual review of thousands of emails.

Unlike the SEC, which itself is a sprawling office, many offices couldn’t provide the agency-wide search requested in part 2 of our request.

The U.S. Postal Service, for one, has some sort of outpost almost anywhere mail gets delivered (an impressive portion of the country), and even after limiting our request to particular individuals at their primarily regional locations, we still received a fee estimate of almost $5000. 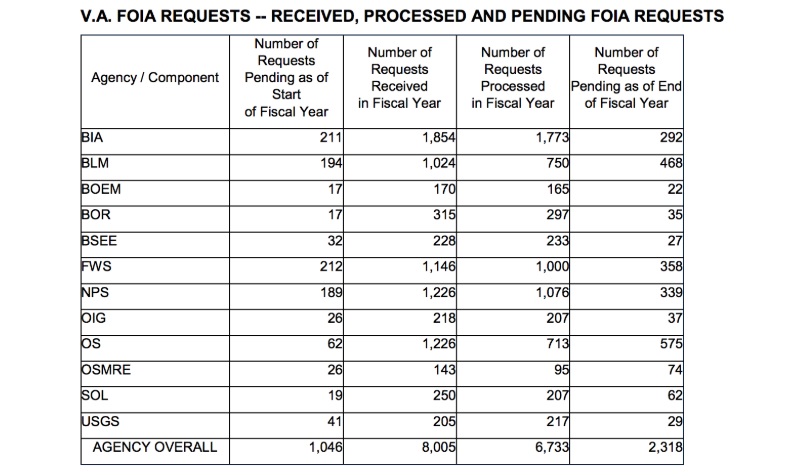 They were very helpful in explaining the scope of the agency and were quick to provide us with complete emails once we had narrowed the request in a few ways, suggestions that were generously provided by the FOIA officers there.

Going through the NPS materials, we noticed another term that might be helpful in future searches: “communication plan” or “comm plan,” another phrase equivalent to the collection of “talking point” searches we initially provided.

Other offices that have concluded their responses - to varying degrees include:

Federal Highway Administration, which actually sent us a collection of their explicitly-labeled “Talking Points” 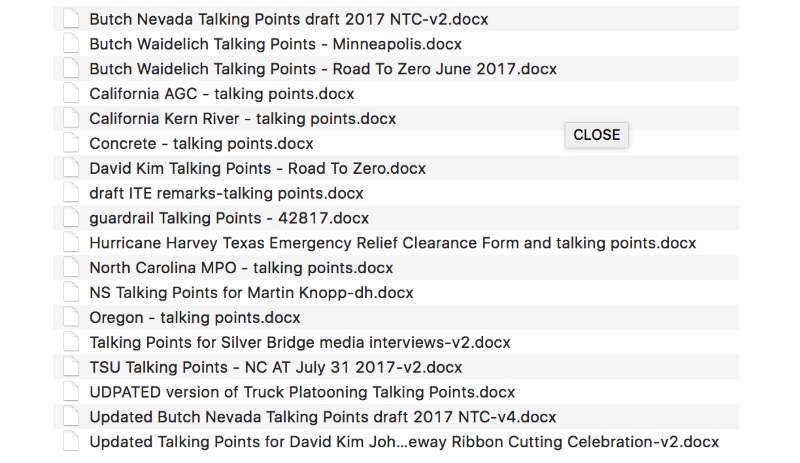 However, even as responses are expected to continue coming back, a quarter of agencies still haven’t even acknowledged our initial requests.

See anything interesting in our responses? Particularly interested in one agency’s forthcoming answers? Let us know at info@muckrock.com. We’ll be looking for your feedback and prepping for next year’s competition. Congratulations to this year’s agency winner, the Securities and Exchange Commission, and this year’s bracket champion, user AlexisKrieg! Alexis, please get in touch to claim your prize, who correctly chose the SEC as overall winner and EOIR as its division leader, and good luck to everyone in getting all your FOIA dreams fulfilled!