At the height of the Cold War, an informant’s tips resulted in the Federal Bureau of Investigation looking into the then newly-formed LGBT organization, the Mattachine Society and their publication ONE Magazine. The organization was started in 1950 by activist Harry Hay and a group of men from Los Angeles seeking unify the gay community, educate the public, and recognize homosexuals as a marginalized and oppressed group. 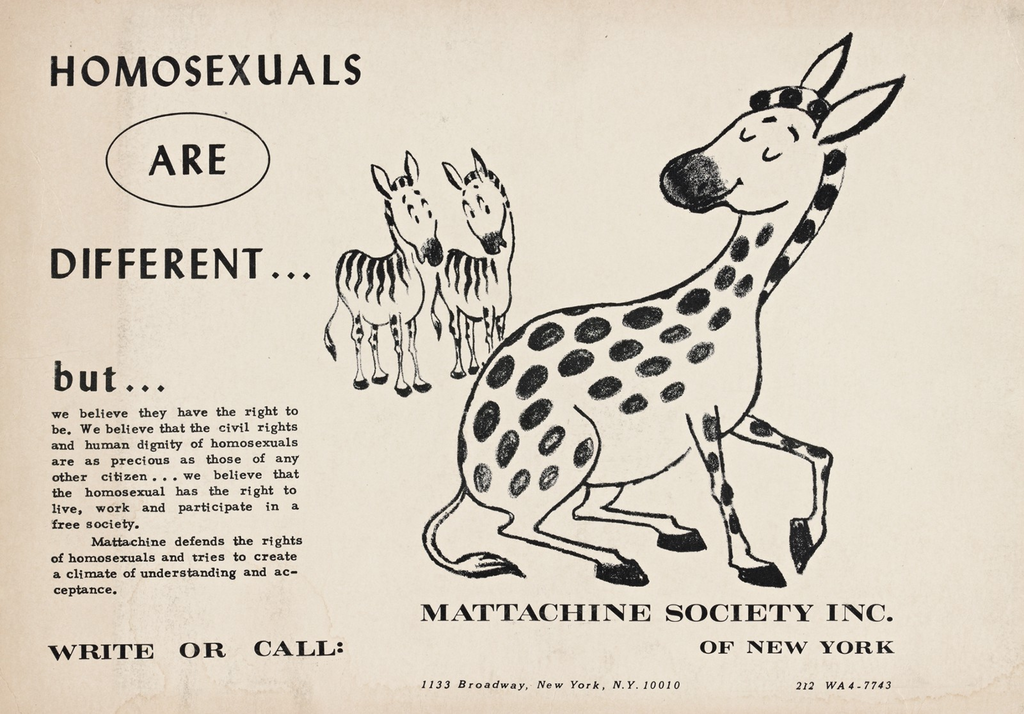 The FBI was concerned that the organization was pro-Communist and had been publishing articles detailing allegations of unfair government discrimination and entrapment by police departments. In particular, the Bureau was interested in a ONE Magazine article called “Are you now, or have you ever been a homosexual?” about an airline that enlisted the FBI to do a “thorough investigation of the private lives of its employees.” In other words, interrogate employees suspected of being gay.

The Bureau’s takeaway was that the article’s author was pro-Communist.

The retelling of the interrogation features the first of many references to “loyalty oaths” in the Mattachine file, jarring reminders of the political landscape of early McCarthyism. According to the file, employees of the unmentioned airline were asked to reaffirm their loyalty oaths, and were subsequently cornered into waiving their rights to refuse to answer questions about their sexuality. The FBI, however, denied that they ever worked with an airline.

The file also show that the leader of the San Francisco chapter, presumed to be Hay, was dropped from the University of California, Berkeley payroll for refusing to sign a loyalty oath.

By checking ONE Inc.’s incorporation documents, the FBI discovered that the non-profit’s first three directors were Martin Block, Dale Jennings, and Tony Reyes of Los Angeles. The investigations into affiliated members and their alleged Communist leanings lead the FBI to procure Mattachine Society questionnaires, meant to be sent to local lawmakers. The questionnaires highlight the organization’s concerns about police harassment.

The investigation uses a paper trail to take a tally of confirmed Communists with ties to the Mattachine Society or ONE magazine, cross referencing information from voter registrations, automobile registrations and employers with Communist Party registration data.

The FBI analyzed the group’s organizational constitution and various ONE Magazine excerpts they deemed noteworthy. In “Are Homosexuals Reds?” the author writes about why the Communist party does not allow gay people. The author then declares McCarthyism a danger to homosexuals, citing Hitler and the rise of fascism. In another article, an author calls upon other gay people to raise money to lobby, organize voting power and educate the public.

The FBI also found the potential involvement of government employees and military personnel in the Mattachine Society and ONE magazine particularly noteworthy. The file features multiple references to members of the military that had attended meetings, including a uniformed Coast Guardsman from Alameda, California and a Marine Corps Korean veteran in plainclothes.

The investigation was riddled with the agent’s latent homophobia. One FBI investigator concluded that “the homosexuals were too involved in discussing their own problems of adjustment to the world” to accomplish anything or discuss any subversive topics.

Similarly, the classification of homosexuality as a sexually deviant crime is evident throughout the file.

Though the majority of its members were men, the Mattachine Society allowed anyone to join. The organization is regarded as one of the first major LGBTQ+ political organizations and set the framework for future advocacy groups.

The first part of the FBI’s preprocessed files on the Mattachine Society is embedded below, and you can read the rest on the request page.