In the ‘60s, the US federal government saw a need for a unified standard for digitally encoding information. Lyndon Johnson’s 1968 executive order on computer standards directed federal agencies to convert all of their databases to the new character encoding standard: the American Standard Code for Information Interchange, or ASCII.

Although more powerful and flexible standards have since appeared - most notably Unicode, created to enable people to use computers in any language - ASCII became ubiquitous, and remains foundational to computing. It was the most popular encoding on the web until 2007.

The new requirement applied to all federal agencies, including the Central Intelligence Agency. At first the Agency had no objections. In a November 1965 letter to the Secretary of Commerce uncovered in CREST, Director William Raborn signalled the CIA’s support of the standardization effort.

“The basic idea is a good one,” wrote Raborn with a hint of reserve, foreshadowing the decades to come. 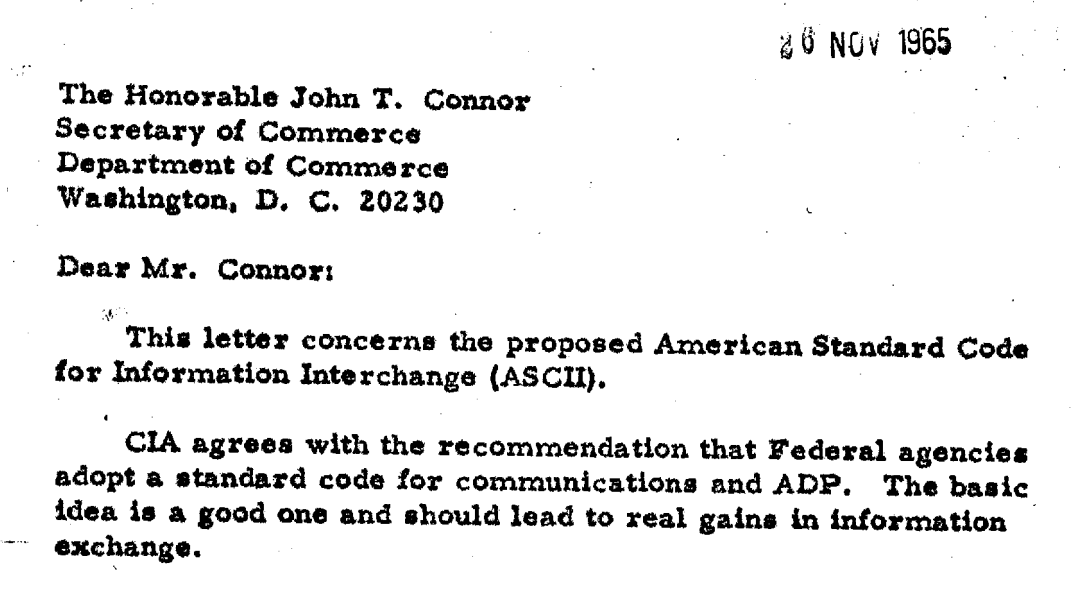 One remarkable memo, written only six months after the executive order, provides an early example of the way technically-skilled people engage in institutional power struggles in the era of computers. In it, an agency employee assesses an ASCII-related proposal by the National Bureau of Standards, and finds it wanting.

“Working technicians,” the memo’s author continues, “would not take the standard seriously except through excessive and unwise coersion (sic).”

Twenty years later ASCII was still a source of grief. In October 1987, the CIA’s Foreign Broadcast Information Service office in Key West reported on their role as “guinea pig” for the transition to ASCII - “a long and frustrating month for everyone involved.”

In August 1988, Key West reported on their successes and failures converting to the new system.

And when the conversion was finally completed, there were still glitches caused by other offices.

The story of ASCII at the CIA (like other stories in the CREST archive) is a bureaucratic dark comedy sharpened by a newly-lifted veil of secrecy. But it is also a story about how the computer systems on which we depend are built and held together, with spit and tape, by fallible human beings.

A recent request under the Freedom of Information Act could reveal more about ASCII at the CIA. 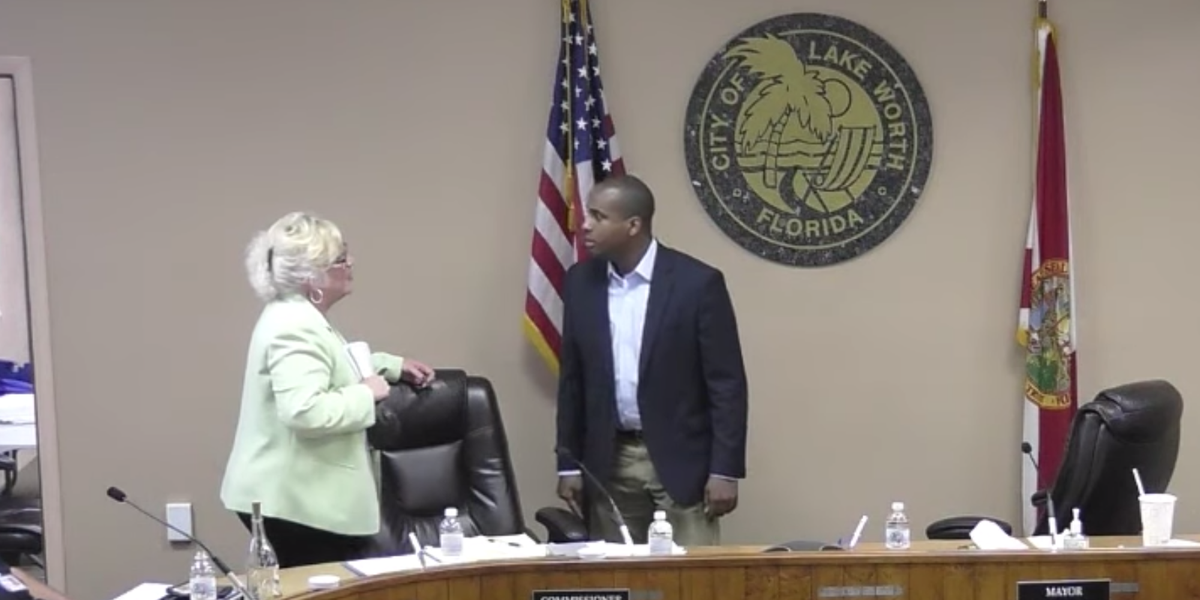