FOIA requesters have put a lot of effort into trying to track how Donald Trump is profiting from the presidency, with mixed results. This week, we’ll take a look at what FOIA has and hasn’t been able to reveal about Trump’s profits from foreign emoluments and government agencies’ use of his properties.

You can help hold the Trump administration accountable by filing a records request of your own, following MuckRock’s “FOIA the Trump Administration” project, and joining our Slack channel to share ideas and get help with your requests. If you have a Trump administration-related FOIA you would like us to highlight, share it over email, Twitter, or Facebook, and we may include it in the next roundup.

Before Trump took office, his failure to divest from his businesses prompted speculation about how he could profit from the presidency and if these profits could in some cases constitute “emoluments” that are forbidden by the constitution. Lawsuits alleging Trump is in violation of the Constitution’s Emoluments Clause were filed almost immediately after he was sworn in but were dismissed in December.

FOIA requesters have also been stonewalled in their efforts to hold the Trump administration accountable in this regard. A request for Mar-A-Lago’s visitor logs returned just a list of the delegation accompanying Japanese Prime Minister Shinzo Abe on his visit.

Trump promised to donate profits from foreign visitors to his hotels to the U.S. Treasury, but using FOIA to hold him accountable to this promise has proven difficult. When independent journalist Justin Glawe filed a request for records of donations to the Treasury made by the Trump Organization, he was told he would need bank account and routing numbers for the agency to conduct a search for any such donations.

Requesters have had more success asking for records from individual agencies about their use of Trump’s properties. FOIA requests have revealed instances where the National Security Council and the Coast Guard have paid Mar-A-Lago’s full $542 nightly rate, as well as U.S. Embassy staff in Panama frequenting Trump’s hotel. 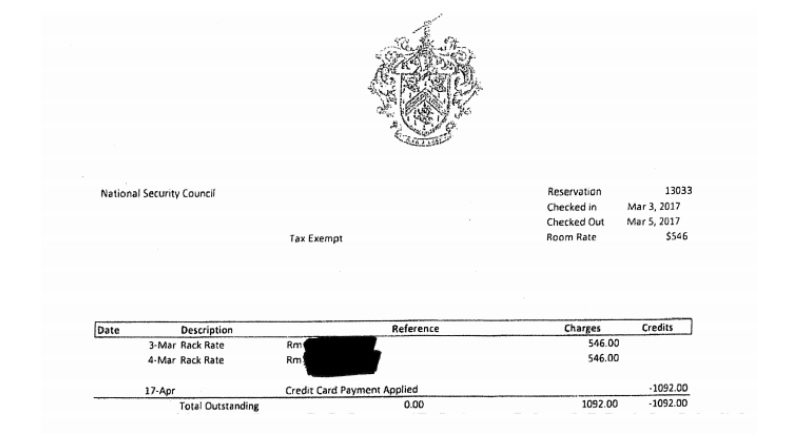 It’s unfortunate that FOIA hasn’t yet yielded a big-picture look at Trump’s emoluments, but these specific requests add up and can reveal patterns. An ongoing project by independent journalist Zach Everson shows how diligent effort can produce the granular information needed to make specific requests related to Trump’s profits. Everson combs social media for noteworthy visits to Trump International Hotel in DC and compiles them into a Twitter thread. So far, he has identified 86 instances of federal government employees visiting the hotel and filed FOIA requests to see if they used government funds.

Reviewed my twitter feed: 86 sightings of U.S. executive branch employees at the Trump Hotel DC going back to July 11, 2017.

To see if they used gov't funds, filed FOIA requests for all of them. pic.twitter.com/oa1gVBe3hc

Melania Trump’s decision to not move to the White House right away cost taxpayers a substantial amount in flight costs. Travel records obtained through FOIA show Melania taking 21 flights in a three-month period on Air Force jets at a cost of more than $675,000.

White House reporter @PeterWSJ heard Melania Trump was running up military flight costs. So I FOIA'd her travel records and found before her move to Washington she spent more than $675,000 in 3 months. https://t.co/OOFqLOaJHk pic.twitter.com/xoUWq0Pn2g

In response to a FOIA request by Taylor Scott Amarel, the Federal Communications Commission has released nearly two year’s worth of Chairman Ajit Pai’s calendar. Help us browse the calendar records and let us know if you see something interesting!

You can also join our Slack channel to share ideas for FOIAing the Trump administration or to get help with your own requests.