This weekend, I was saddened to read about the sudden passing of legendary investigative journalist Robert Parry. Parry, whose work helped unearth the Iran-Contra scandal and its connection to the 1980 October Surprise, was a major influence on me personally.

In particular, I was interested in his concept of “stolen history”, with huge chunks of historical context being denied to the American public “for their own good” by agencies ostensibly operating in their name, and the insidious damage that practice does to a functioning democracy.

Ironically, perhaps the greatest tribute to Parry’s work is the extent to which it was followed by the groups he was reporting on. The Central Intelligence Agency archives contain over 100 of his articles, primarily focused on his Associated Press work from the mid-to-late ’80s.

While the sheer volume of material speaks to the impact Parry’s reporting was having on the Agency internally, perhaps the single greatest indicator of how the CIA felt about Parry is summed up by this handwritten note from the Agency’s Director of Public Affairs. 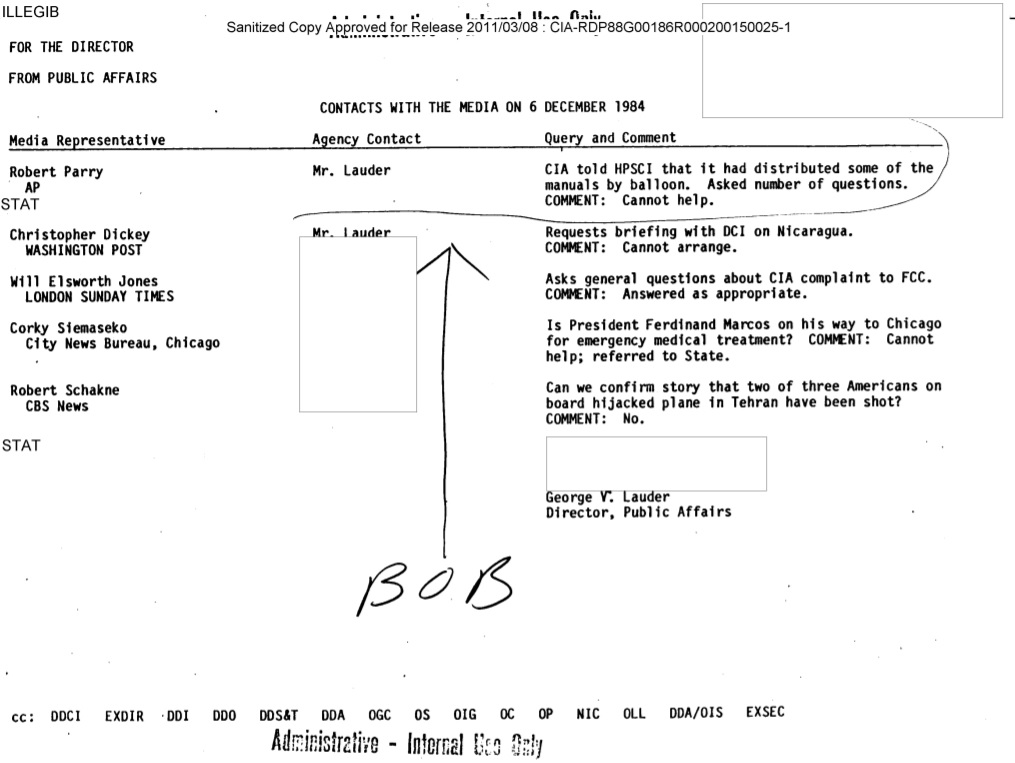 If there’s any one takeaway to be gleaned from Parry’s legacy, it is that we should all strive to have the CIA know us on a terrified first-name basis.

You can read the CIA’s collection of Parry’s work via the button below. We’d also ask that you please consider a donation to Parry’s website, the Consortium for Independent Journalism.

Image via Harvard Nieman Foundation video during his awarding of the I.F. Stone Medal for Journalistic Independence.