President Donald J. Trump rolled into his first year in office with huge claims about the ways he would be scaling back government involvement in Americans’ lives.

Just a week and a half into his first term, he issued Executive Order 13771, declaring a one in-two out approach to creating new and discarding preexisting regulations. And last month, Trump declared the effort a great success.

“[I]nstead of eliminating two old regulations, for every one new regulation we have eliminated 22 - 22 - that’s a big difference. We aimed for two for one, and, in 2017, we hit 22 for one,” he told a Roosevelt Room audience.

“I want every Cabinet Secretary, agency head, and federal worker to push even harder to cut even more regulations in 2018,” he went on. “And that should just about do it. I don’t know if we’ll have any left to cut, but we’ll always find them.”

Though there have been attempts to track the way regulations are being created and slashed in the current administration, the sheer volume of movement can be a lot to follow and the creation of new regulations has not stopped, despite Trump’s statements.

Among the current regulations on the Trump administration cutting block is one concerning tip-based wages, which would end up affecting huge swaths of the service industry - think every restaurant, bar, and casino in America, which the Department of Labor estimates includes “1,298,231 tipped workers in the selected occupations, and 206,770 full-service restaurants, and 40,095 drinking places.”

In the present setup under the Fair Labor Standards Act, employers may only only implement a tip pool or tax a tip credit in certain circumstances, and they’re able to pay below the federal minimum wage, currently set at $7.25, by supplementing it with the employees’ tips. There is also a “regulatory restriction limiting tip pools to only customarily and regularly tipped employees.”

Under the changes, employers who pay the federal minimum wage can use employees’ tips in other ways, including to tip out back-of-the-house staff. According to the DOL, the cost of businesses to familiarize themselves with the new rule would be $3.431 million in the first year.

Currently on the Federal Register, where proposed rule changes are announced and commemorated, there have been nearly 150,000 public comments submitted in response to the expected change at the Department of Labor, Wage and Hour Division, many of which speak to not the costs on businesses but rather the employees themselves, who have come to depend upon a tip-based economy.

It’s but one example of the weeds the Trump administration claims to be clearing but that might be more adequately described as the vegetation keeping low wage workers protected and sustained.

There are currently hundreds of proposed regulation changes under consideration to satisfy the President’s deregulation push and open for public comment. Find any that you find particularly problematic? Let us know via email, on Twitter, or on Facebook. 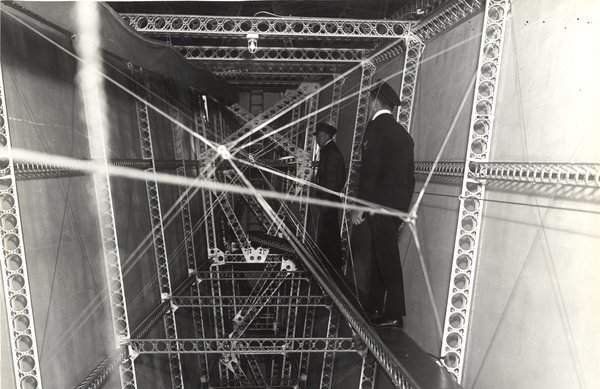