A formerly SECRET memo uncovered in the Central Intelligence Agency’s declassified archives shows that a month after the New York Times began publishing what would become known as “The Pentagon Papers,” the Agency set about assessing the damages. 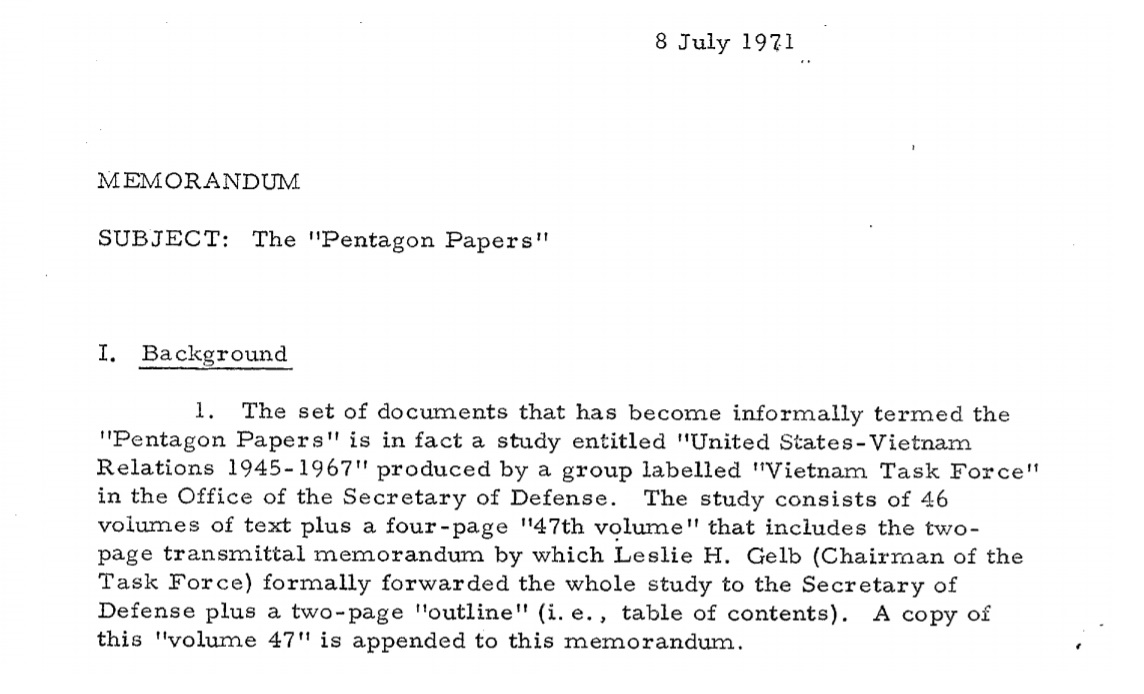 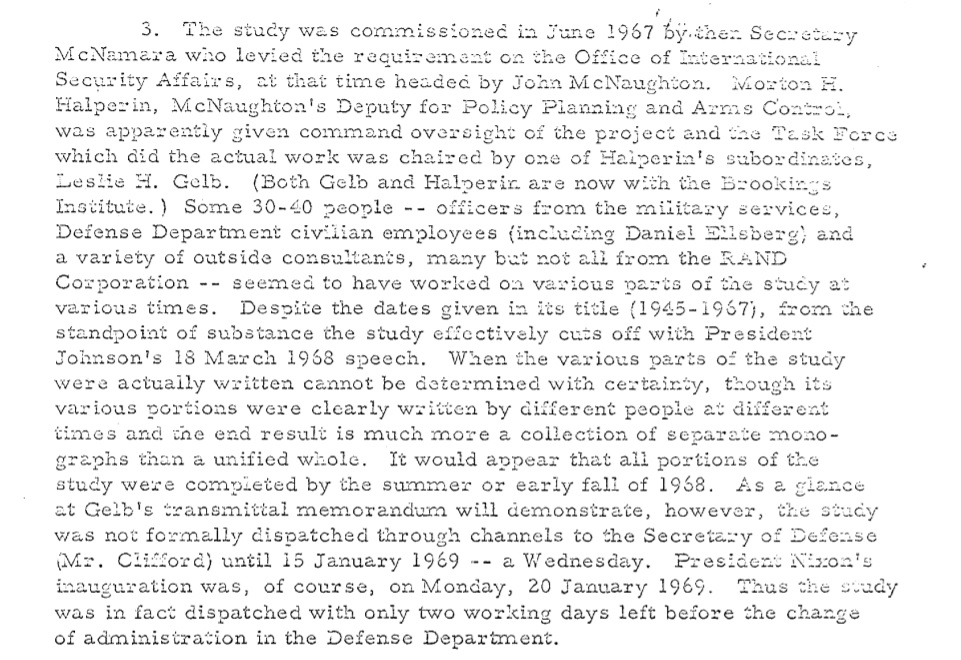 before launching into what was called a “Parochial Damage Assessment,” specifically focusing on information that could hurt the Agency.

Despite the Agency’s admission that much of the information in Daniel Ellsberg’s leaks was - even by the early ’70s - decades old, the report remains almost entirely redacted. 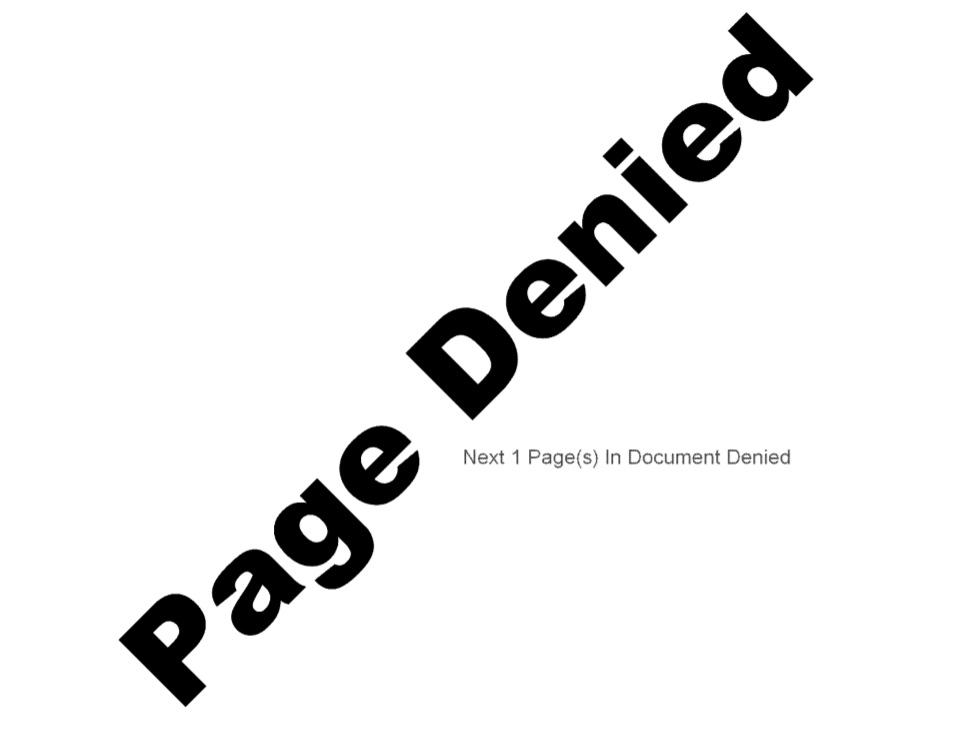 Two areas of concern were spared classification, however. One was that regardless of the “legal status” of the Vietnam War, it was an armed conflict that American lives were being lost in, and the leak gave “propaganda and political action ammunition” to the North Vietnamese.

And the other, in jarring contrast, was the larger issue of the “private business” of government employees, which the CIA framed as the right of officials to “engage in frank debates or discussion” without having those views subject to “out-of-context criticism at some later date” in a way that might “adversely affect such officials public or private careers.”

Jobs. They were worried about their jobs.

and an index of the “Pentagon Papers” themselves …

which, you guessed it, is withheld in its entirety coming up on 50 years later. 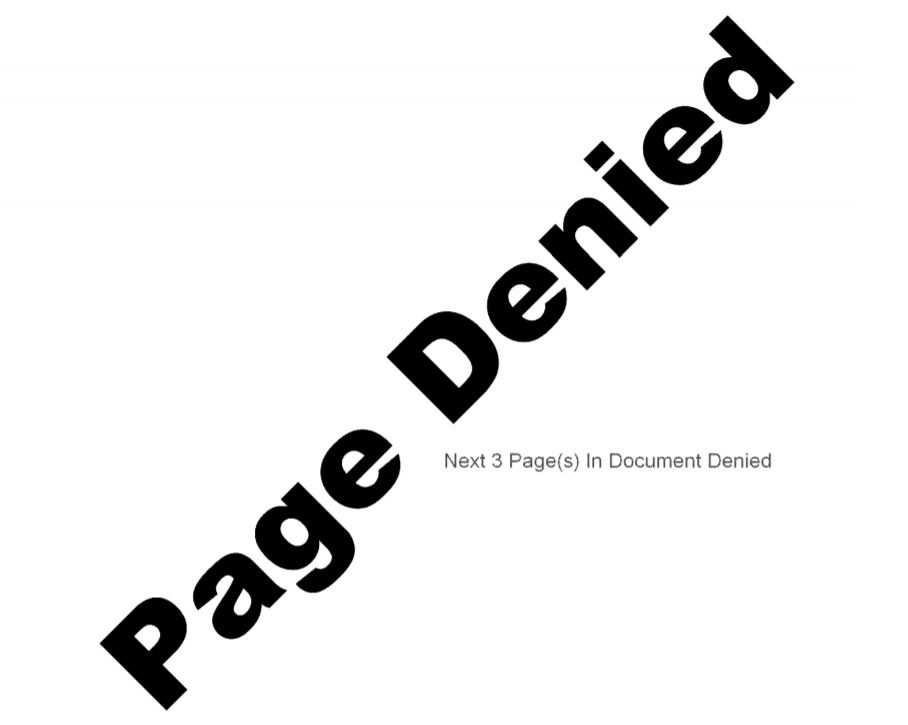 In an interesting historical coincidence, CIA archives show that on the same day the damage assessment was released, CIA Director William Colby received a call from Senator Milton Young, congratulating the Agency for surviving the publication of the “Pentagon Papers” unscathed. 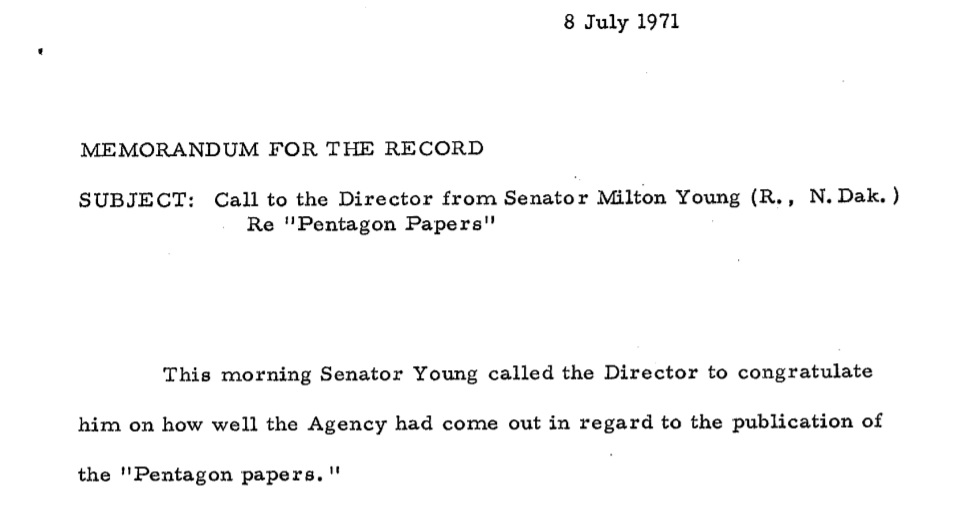 Young must not have gotten the memo. Read the full assessment embedded below.