Over the last year, MuckRock users have filed 13,762 requests, released 2,063,011 pages, and used 7,419 First Class stamps in getting requests out to agencies. We also added five new members to our board, expanded our staff as we brought new three new services into our portfolio, and launched a number of new features. But none of it would have been possible without an amazing community powering out transparency work every day.

Showcasing the power of public records

This year, MuckRock’s community of FOIA heroes filed the site’s 55,000th request, releasing over 2 million pages this year alone - more material than the site had released in its first 7 years combined. We also found new ways to help make the data we’ve drawn from these requests more easily digestable, through our partnership with Miranda Spivack, the Milwaukee Journal Sentinel, and Reveal from The Center for Investigative Reporting to build on their prior work investigating exemptions around the country through a new Place overview page, that showcased key differences in public records laws around the country as well as average response times: 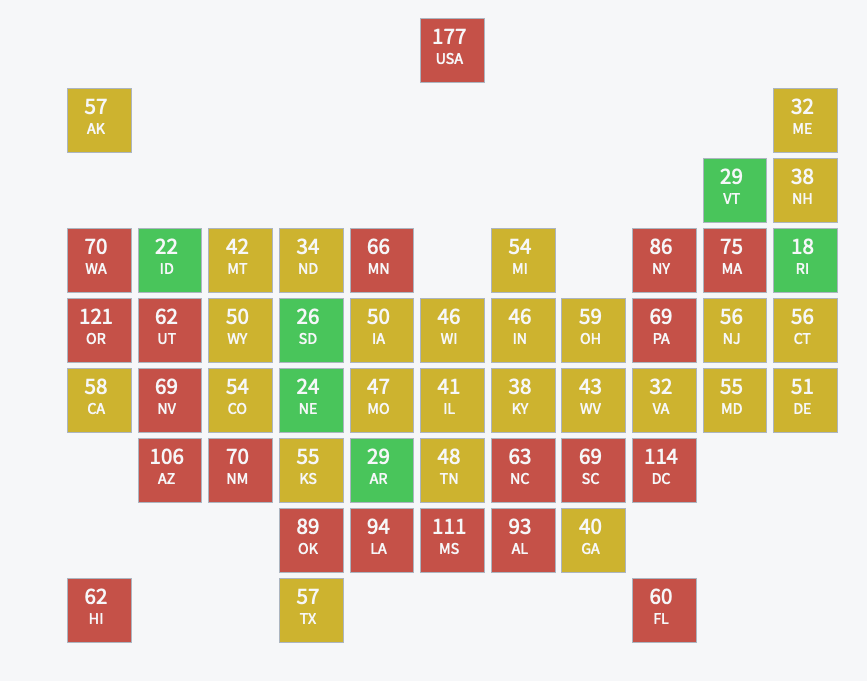 We also launched a completely rebuilt filing tool, our biggest change to how filing requests through MuckRock works since our 2014 redesign. Some of the many, many features included in that:

We also launched a variety of other features large and small, so to better highlight all of our updates we launched a new weekly Release Notes update, highlighting all of our open source code changes and letting readers learn how to contribute.

We also expanded our portfolio of sites and services from two (MuckRock and FOIA Machine to five, merging with DocumentCloud in June which brought Quackbot along with it, and then oTranscribe in August.

To support all that, we welcomed Dylan Freedman, lead DocumentCloud developer; Jessie Gomez, our Sam Whitmore FOIA Fellow; and Kiera Murray, office manager and operations lead, to the team this year.

We also added our first new board members since the organization’s founding in 2010: Nabiha Syed and Cori Zarek, who were later joined by Scott Klein, Aron Pilhofer, and Jim Neff after we merged with DocumentCloud. You can read our full staff and board membership here, including short biographies of each.

We also continued tremendous growth across our three largest services, helping over a hundred thousand users while reaching tens of millions of readers each month: 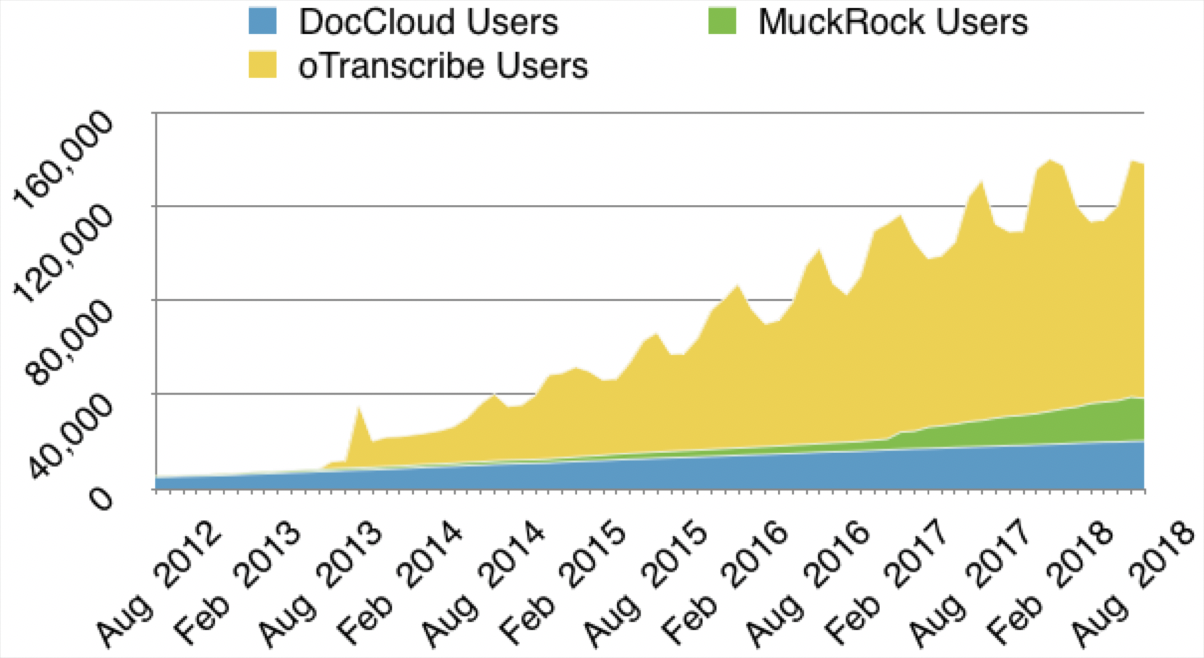 Finally, we launched the Assignments tool, a new way to tackle large documents set and solicit feedback from readers. Crowdsourcing large document troves - and finding new ways to help the public engage directly with government documents - has been a challenge we’ve been thinking about for a while, and we’ve been delighted at the response to the rollout so far. Already, over 700 users have sent in over 12,000 submissions regarding everything from police surveillance around the country to soft drink contracts at colleges to tracking down the writings of J. Edgar Hoover.

We were super excited with the success of this beta launch, and look forward to continuing to build on it. You can explore open Assignments here.

Biggest stories of the year

The year in Projects