This weekend, images of a heavily-armed law enforcement presence at a white supremacist rally and counter-protest in Newnan, Georgia again brought the issue of growing police militarization to the forefront.

After the neo-Nazis leave Newnan, the overwhelming police presence marches out in military-style formations. pic.twitter.com/jcQgCDfiMC

A review of records originally released as part of Shawn Musgrave’s project to track the Pentagon’s transfers of military equipment to local police departments through the infamous 1033 program show that not only did the NPD receive close to a million dollars in gear from the program but also non-lethal ordinance specifically intended for use as crowd control.

AARDVARK Tactical, a military contractor that develops one such kit - consisting of “ballistic and non-ballistic riot gear, TASER electric control devices, less lethal munitons, and a variety of other tactical equipment” - makes their intended use pretty explicit on their website. 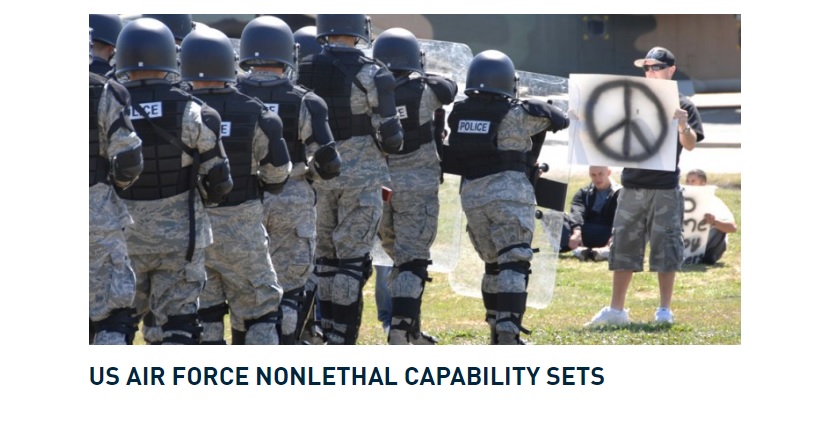 Another photo from Newnan showed police and what appeared to be the Coweta County Sheriff’s Office pointing rifles at protesters.

A cop points a gun at a protester #Newnan pic.twitter.com/wsQuy6LqVx

Those rifles also appeared to be provided by the 1033 program.

As we’ve written about before, one of the many criticisms leveled against the program is the lack of standardized training requirements, giving several police departments access to the gear without ensuring they know how to use it properly.

Thanks to The Marshall Project for creating the widget that made the search possible. Browse the rest of the 1033 transfers to Georgia embedded below or on the project page.