Amazon’s announcement that it would be searching for a second headquarters spurred a competition among towns and regions across North America, and the tech giant received 238 bids. But along with bringing a supposed 50,000 high-paying jobs and $5 billion in construction investment, an Amazon headquarters would fundamentally change the place it lands.

The tech influx wouldn’t be far from the status quo for the area, but the bid submitted by The Bay Area Council doesn’t discuss how Amazon’s second headquarters would put an additional stress on the housing market, only the ways that California is already trying to fix the housing crisis.

And if Amazon’s headquarters would fundamentally change the culture of the Bay Area? The bid welcomed that prospect. The bid started off encouraging Amazon to literally reinvent the whole Bay Area, then went on to say why the Bay Area is already really cool, which is why Amazon should go there.

The bid also referenced the “creative class” as a selling point for the Bay Area, although how artists can currently afford to live in the Bay Area is unclear. The median home price in San Francisco is $1.5 million, six times higher than the average cost of a home in the United States.

One of the sites the bid proposed is in Concord, which is a diverse suburb of San Francisco. In Concord, the average single-family home costs only around $550,000, relatively cheap for the Bay Area. The area is already being hit by gentrification: the supply of single-family homes shrunk by 30 percent from October 2016 to October 2017. 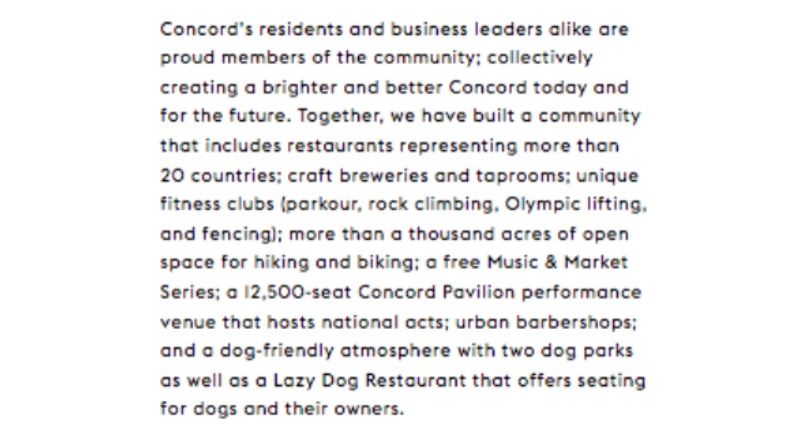 The bid mentioned that an existing training program for women, veterans, and minorities, TechSF, will help to provide a diverse workforce for Amazon. However, the program has been criticized for not actually resulting in many jobs and not jobs at top companies. The program has generated about 600 jobs for participants yearly, while in 2016, 9,000 tech jobs were created in San Francisco. Since the program’s beginning in 2013, only three participants have gone on to work at Google.

Most pressing to the issue of gentrification is housing, and the bid does acknowledge that housing is an issue in the Bay Area.

The bid pointed to a few regional and statewide initiatives aimed at alleviating the housing issues. However, these measures were created without Amazon in mind, in order to bring the Bay Area somewhat back to normal. The hypothetical 50,000 jobs Amazon will create would add a burden to the housing market that’s above and beyond any current housing relief program. 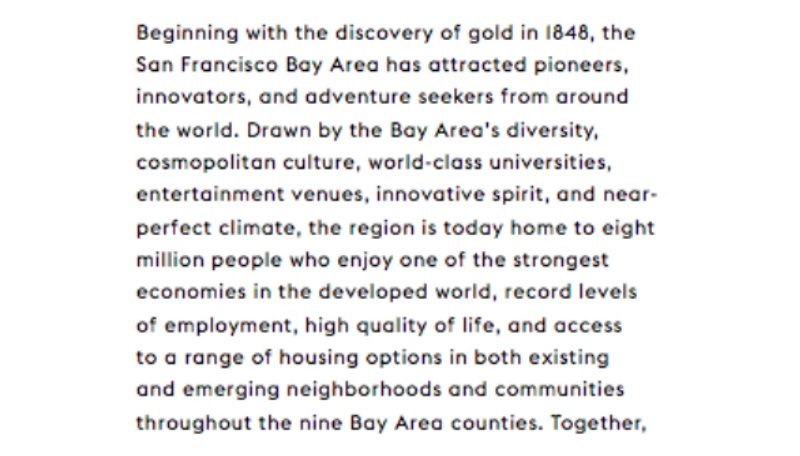 Read the full bid embedded below, or on the request page.

View the rest of the bid requests via the map below.

Know of an #AmazonHQ2 bid we missed? Let us know via email, Twitter, Facebook, or via the form below.

Adanya Lustig sent this request to the The Bay Area Council of San Francisco, CA