Over the course of the last twenty years, retired Lieutenant Colonel Dave Grossman has risen to become the go-to expert for US law enforcement, traveling across the country giving seminars to police and sheriff’s deputies through his incredibly-named Killology Research Group (KRG). 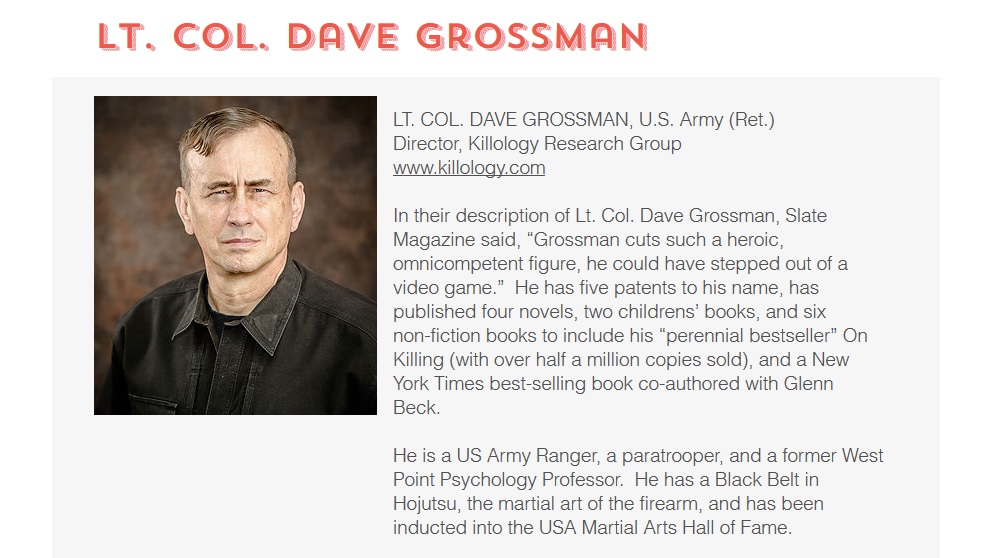 His presentations have been been met with a healthy amount of criticism - Grossman’s rhetoric includes ISIS attacking the country with a nuclear bomb via a secret crossing through the Mexican border, Black Lives Matter killing cops at rallies, and how video games are corrupting kids, leading the New Republic to dub him ‘Professor Carnage.’ Many of these lectures are booked in advance by specific agencies, and MuckRock has been filing with a number of them in the hopes of learning about this increasingly controversial figure. 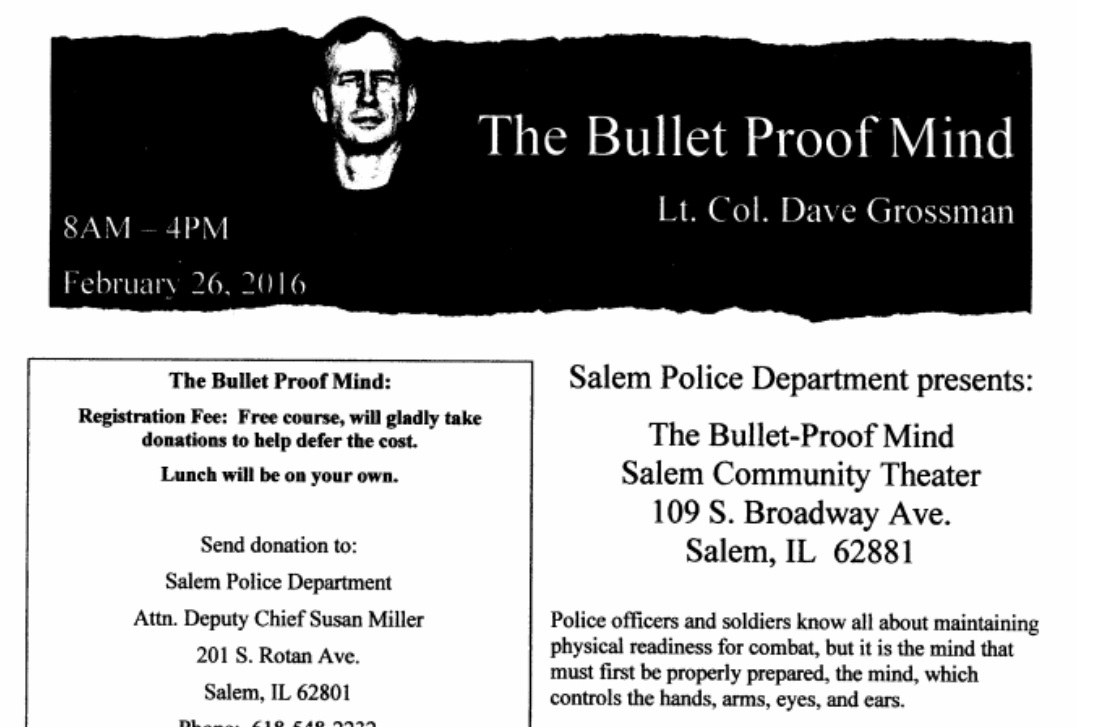 Of particular note was a request to the Salem Police Department in Salem, Illinois, the seat of sparsely populated Marion County in the dead center of the state. The department was securing Grossman for two three hour talks in late February 2016 for which he would be paid his usual lump sum of $6,000 per lecture - $12,000 altogether for Salem. 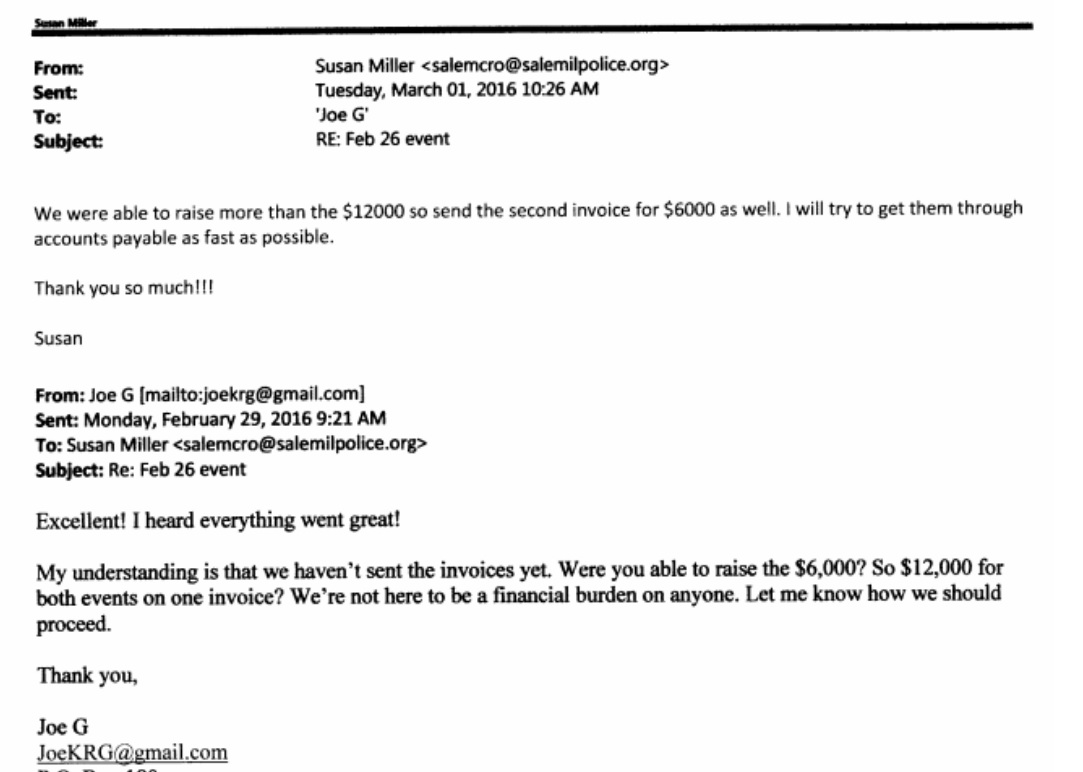 What makes this particularly interesting is one of these lectures was not just his standard “Bulletproof Mind” seminar which he typically gives to law enforcement, but one specifically requested to fit the needs of the Tri-County Teachers Program. This lecture was called “Safe Schools and Healthy Students.” 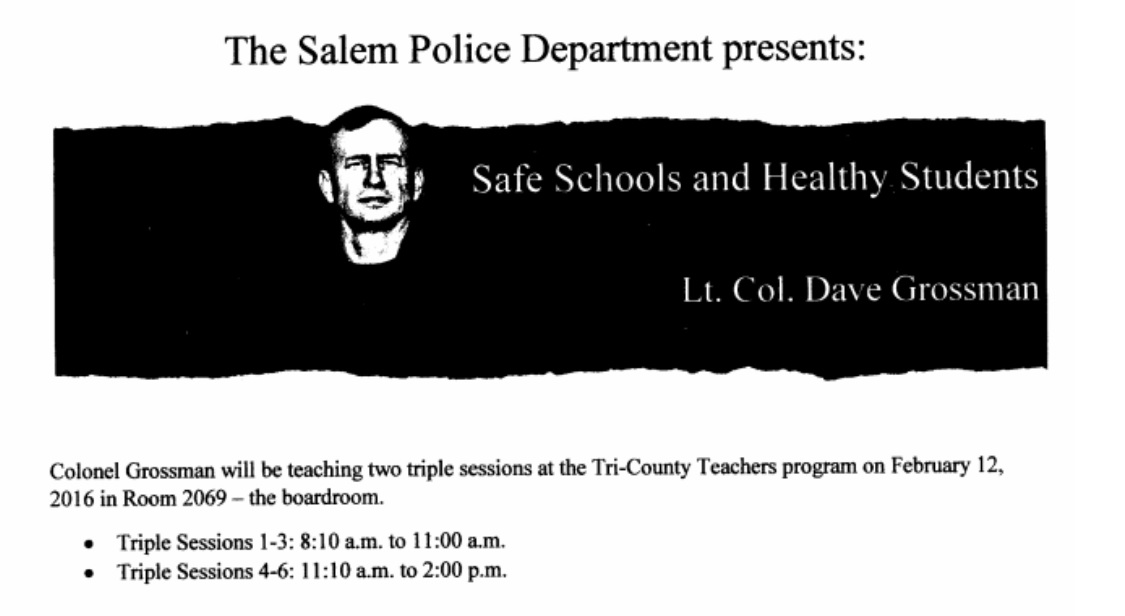 Needless to say, this talk would not be focusing on the need for better nutrition or smaller class sizes.

Helpfully for us, Salem PD asked Grossman’s KRG event coordinator for a breakdown of what the talk would focus on, and it was vintage Grossman.

Even if these new techniques could cut bullying in half, it’s hard to see how they’d impact SAT scores, but that is another matter entirely.

Which brings us to the heart of the matter: will Grossman teaching school security, teachers, and administrators actually keep children safer?

We’re going to give you some examples of Grossman’s seminars taken from articles by reporters who have attended his talks. Then you can decide whether or not you would want this man instructing your children’s school faculty.

From Steve Featherstone’s piece in The New Republic:

“The morning sessions contain a lot of Sturm und Drang delivered in a well-rehearsed, rapid-fire patter. “The murder rate exploded across America,” Grossman shouts, scribbling city names and percentages from 2015 on an easel. “An explosion of homicides like nothing we have seen since the American Civil War!”

“We are at war,” Grossman likes to tell the people he trains. “And our cops are the frontline troops in that war. You are the Delta Force. You are the Green Berets. It’s your job to put a piece of steel in your fist and kill those sons of bitches when they come to kill our kids.” “Cops fight violence,” Grossman often says. “What do they fight it with? Superior violence. Righteous violence.”

“He spent the first few hours laying out a frighteningly dark vision of the world, from elementary-school massacres in Israel and schoolgirl beheadings in Indonesia to our own tragedies in Orlando and San Bernardino, California. He warned of potential threats everywhere: a nuclear bomb in a boat off the coast of San Diego, Ebola-infected “suicide bio-bombers” sneaking across the Mexican border. He spent more than 10 minutes on the Beslan school massacre, a 2004 Russian terror attack in which more than 330 innocents were killed, 189 of them children. “They believe 49 terrorists were neutralized … and 12 escaped,” Grossman said. “You can make a very good argument that they will be the cell leaders for an attack on America.”

One can only imagine what Grossman’s ideas are for stopping bullying, school shootings, and any other potential threats to the nation’s young. Guards at the doors with automatic rifles? Teachers aggressively stopping bullying by harming bullies - many of which come from dysfunctional homes themselves? This is the man whose most well-known book was called On Killing and broke down for the public what goes in a person’s mind when he takes another human being’s life, and furthermore, how to make it easier.

As for whether Grossman would tone it down a bit with a civilian audience, Salem police chief Susan Miller asked KRG about whether he would be following the typical “Bulletproof Mind” lecture he gives or whether he would format it for first responders and other kinds of personnel. Here was their answer:

Again, here’s some of the topics covered in “Bulletproof Mind” 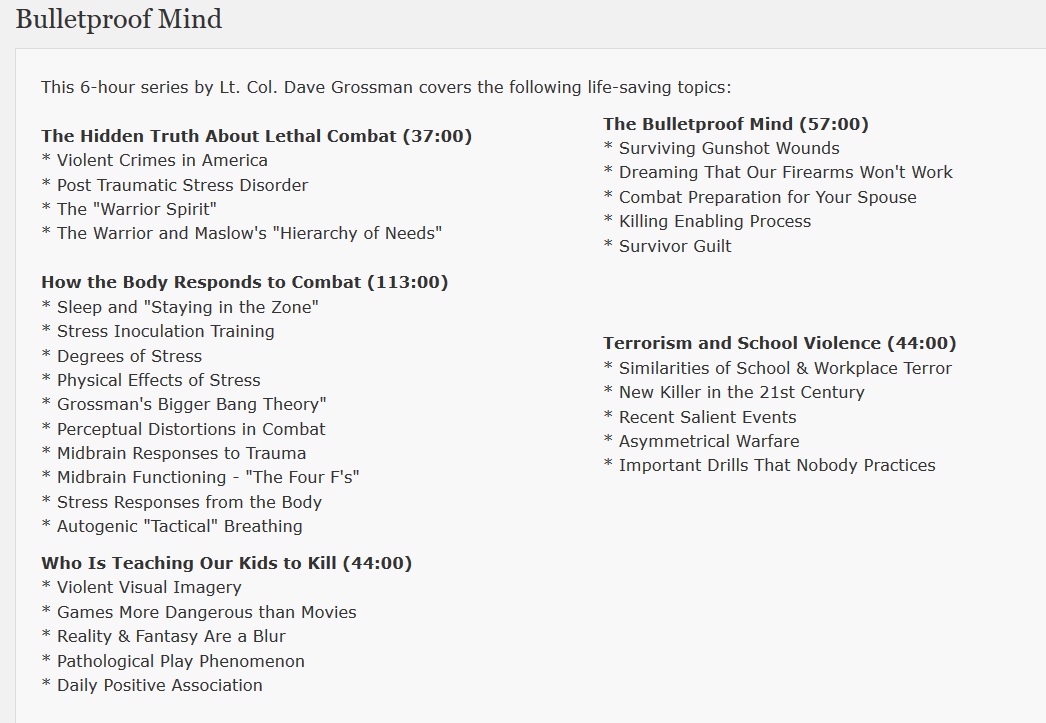 Grossman’s team at KRG also helped Salem design the flyers for advertising the events, literally sending them a template to use. Also interesting is the list of sponsors that appeared on Salem’s flyer: Walmart, Two Troops Firearm Instruction, a funeral home, Marion County Savings Bank, the local high school and elementary school, a state representative, a local police chief, and an Elk’s Lodge.

Salem Police officers who attended received up to six hours of pay. And while it was mostly police personnel who went to the talks, so did hospital workers, private security, school employees, and members of local government. This will be repeated across the country hundreds of times more this year.

Maybe it is time for a closer look on the training police and security professionals are receiving, and who is conducting that training.

Read the full docs embedded below, or on the request page.

Image via Beale Air Force Base

Curtis Waltman sent this request to the Salem Police Department of Salem, IL