Searching the CIA’s declassified document database, published online after a MuckRock lawsuit, for documents on the Cold War missile defense program nicknamed “Star Wars” shows that the Agency kept a close watch on public perception, but was wary of Soviets thinking that the program was too powerful - which might lead to an uptick in hostilities.

Indeed, the CIA’s database tells two parallel stories: Searching for “Star Wars” shows the very public PR battles over the program, including debates about its price and efficacy, while searching for “Strategic Defense Initiative” shows the less public, but no less delicate, internal battles around how the program was perceived among agency heads and foreign nations.

That public program appears to have included boosting favorable books that aligned with agency goals, while allegedly slowing down the publication of others that were a little … off message.

One of the books they liked? Alun Chalfont’s Star Wars: Suicide or Survival , which can be yours for just $1.99 from Amazon. Agency personnel recommended Director of Central Intelligence William J. Casey write the author a congratulatory note : 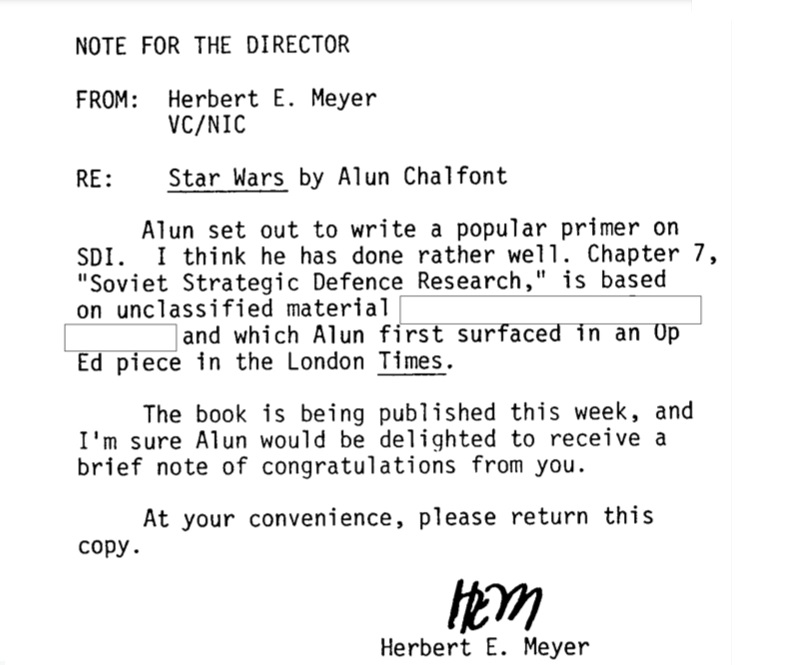 But the agency that giveth can also taketh away. The agency also had a clipping from (New York* magazine’s Intelligencer column , in which the agency underlined claims that the agency deliberately slowed the pre-publication release of one book, while the Pentagon simultaneously rushed release of a reporter that undermined the impact of the book’s claims.

Conservative groups were outraged at what they saw as stifled dissent.

The CIA kept close tabs on the debate around Star Wars, as hundreds of newspaper clippings show. The clippings generally lack much context or analysis on why they piqued the CIA’s interest, but they do often contain underlined sections, such as this piece highlighting university concern over government-funded classified research and concerns about stifling academic freedom that came with those purse strings :

In fact, three different former directors of the CIA weighed in at various points on the program, often providing a minor “course correction” to public expectations about the utility of the missile defense system.

Casey came out and said that the program wouldn’t work if there was a truly massive nuclear strike which, if nuclear war had indeed broken out, would likely have been the case, but that the program was still a useful bargaining chip.

Former CIA chief Stansfield Turner said that the US desperately needed to develop the program before the Soviets did, or risk being put at an impossible strategic disadvantage .

And finally, Casey was not quoted directly, but was part of the scene at a conservative fundraiser in which another high-ranking official said that the Soviet Union didn’t actually take the threat seriously at all: 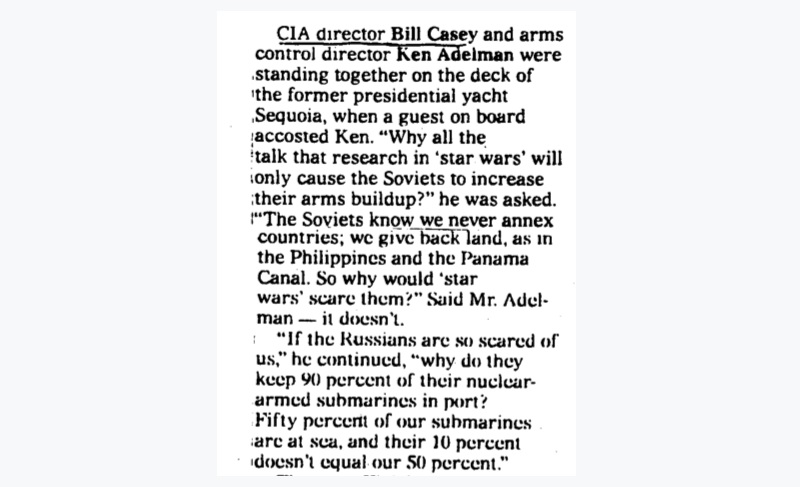 That bit of intelligence trivia came from the society column in the Washington Times .

Privately, discussion was more nuanced. Casey, for example, had concerns that the program was putting the cart before the horse, and not sufficiently factoring in what the Soviets would actually think of the deterrence program .

Other reports detail Chinese concerns with the program as well as feedback from the European allies (mostly supportive, as long as they could reap some of the benefits).

Inside the CIA’s declassified vaults is actually mention of another program called Star Wars, and one that seemed to even more summon the destructive power of its Hollywood inspiration. A document entitled “Star Wars Now” details research that scientists hope would allow them to jam enemy communications while disguising the source of the interference (researchers said that it would look like the threat was coming from inside enemy lines).

Ultimately, however, they hoped that they could leverage the Aharonov–Bohm effect to unleash nuclear bomb-level forces, projected from a distant transmitter.

The technology, which never appears to have reached fruition, is described with somewhat fantastic details: 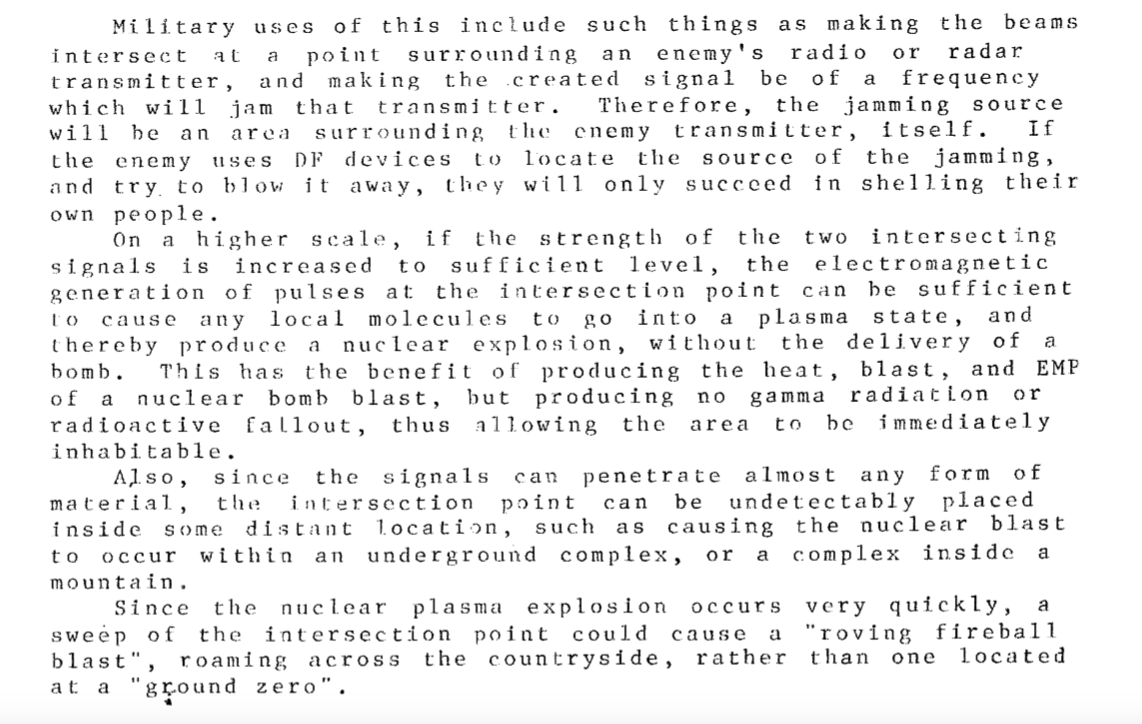 Who knows whatever became of that program. The full memo is embedded below: