About a month ago we uncovered Oakland Police’s new cell site simulator agreement with the Alameda County District Attorney’s Office, which gives them access to the powerful HailStorm, an updated version of the Harris Corporation’s infamous StingRay. In those documents we saw that Fremont Police Department was also going to take up Alameda County on their offer to use the device, so we filed a request - they got back to us last week with their own records, and it appears they have completed the necessary steps to begin using the device. 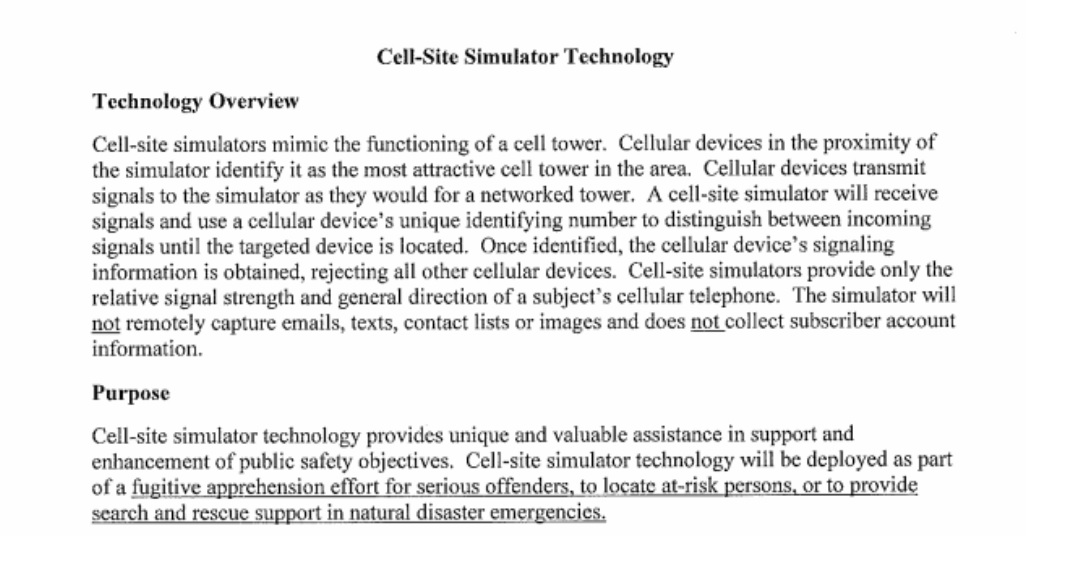 It is the same five year agreement signed by Oakland PD, which means that they are also subject to the regulations on the use of the device - namely that there are very narrow situations that a cell site sim may be used for, which doesn’t include protests or continued surveillance outside the purview of an investigation in which the device has been judicially approved.

As explained to me by the Center for Human Rights and Privacy’s Mike Katz-Lacabe via Twitter DM, training on the device must be completed prior to its becoming operational. “Both need to have signed before training proceeds,” he told me. “As far as I know, this was the last hurdle before training can proceed. The HailStorm was installed in a Ford pickup truck last year.”

Katz-Lacabe also informed me that the policy, which was not included in the records we received but linked to instead, “is basically the same as the Alameda County DA policy and was shaped by the Oakland Privacy Commission, of which I am a member.”

The City Council in Fremont were also paid a visit by Katz-Lacabe, one of the nation’s most knowledgeable researchers when it comes to cell site simulators and issues surrounding surveillance. “I actually went to the City Council in Fremont and spoke on this item when it came up for approval. It was on the consent calendar, so if I had not been there, it likely would have passed without comment,” he says. “Both Council Members Vinnie Bacon and David Bonaccorsi said that this was needed for public safety, of course. They also thanked me for my remarks and Bonaccorsi specifically expressed gratitude for Oakland Privacy’s work on this,” Katz-Lacabe continued.

Fremont PD gave us another couple of interesting documents. An Intra-Agency Data Sharing Agreement sheet seems to indicate that information gleaned from the HailStorm can be shared between agencies as long as they agree to the terms laid out by the Alameda County DA. The agreement states that data can only be shared with “right to know” parties and must be within the acceptable bounds of collected data as set forth by the Alameda County policy on cell site sims. This is the only such data sharing agreement we have come across-most sharing agreements have to do with the device, not data that the technology collected. 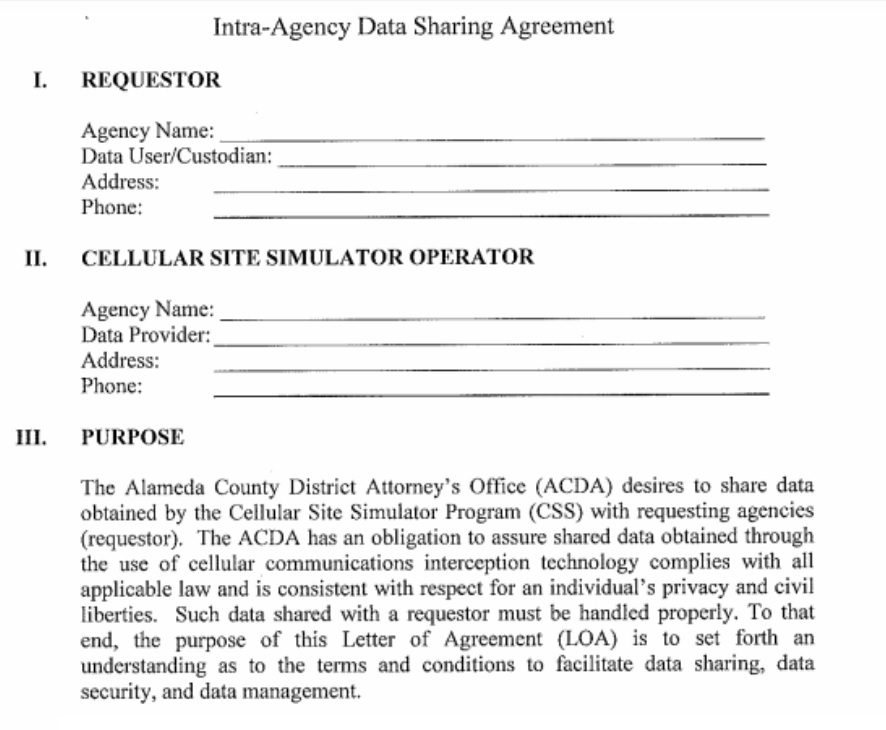 And a Deployment Incident Report sheet illustrates nicely what paperwork must be filled out prior to using the HailStorm. There are two things to note with this. First it is interesting that the bubble-fill options do indeed correspond to the policies we have seen from Oakland and Fremont. That is, the device is at least not supposed to be used officially for anything other than missing persons cases and other disaster scenarios. Secondly, there is a section titled COMPLETE IF DATA WAS NOT PURGED, and asks for the officer to indicate why they didn’t purge the machine of data as is prescribed in the policy.

If the policy was to be believed, this section shouldn’t really exist, so it is a little concerning perhaps that maybe there are more reasons that the device wouldn’t be purged then we are currently being led to believe.

Read the full release embedded below or on the request page*

Curtis Waltman sent this request to the Fremont Police Department of Fremont, CA