Back in January of last year, MuckRock’s Michael Morisy filed for an updated copy of the FBI’s “vexsome filer list,” the adorably archaic name for the requesters who bother the Bureau by making the most of FOIA. That list came in yesterday, and it’s a veritable who’s who of open government crusaders.

The list is broken down into a few categories - first up is pages released, where researcher Ryan Shapiro comes out on top. You can read our interview with Shapiro here.

Then there’s IP cases, where the EFF’s Parker Higgins squeaked out a narrow lead over Alternet’s Ken Klippenstein.

Finally, there’s what the FBI calls the “High Volume Team,” which leads with some familiar names …

and goes on to include several MuckRock users and friends of the site, including Mike Best, Trevor Griffey, Jason Leopold, Alexa O’Brien, and Martin Peck. 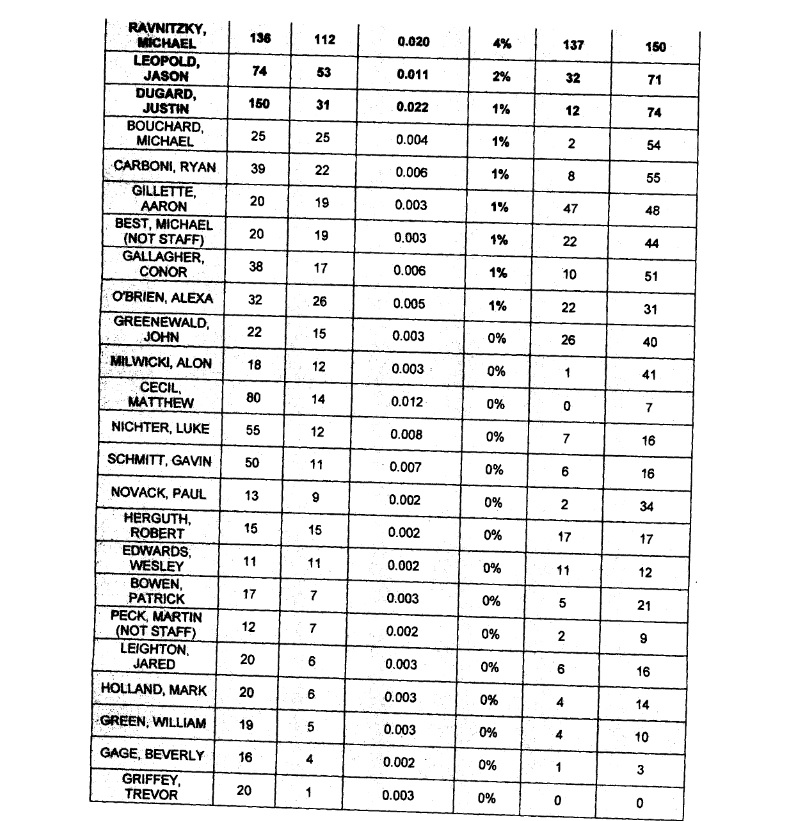 Thank you to all the vexers for your commitment to making the government a more transparent place. We who are about to vex salute you.

Read the full relase embedded below or on the request page: