In the wee hours of the morning, 20 years ago today, one of the greatest rap artists the world has ever known met his end in the front seat of a GMC Suburban in Los Angeles. 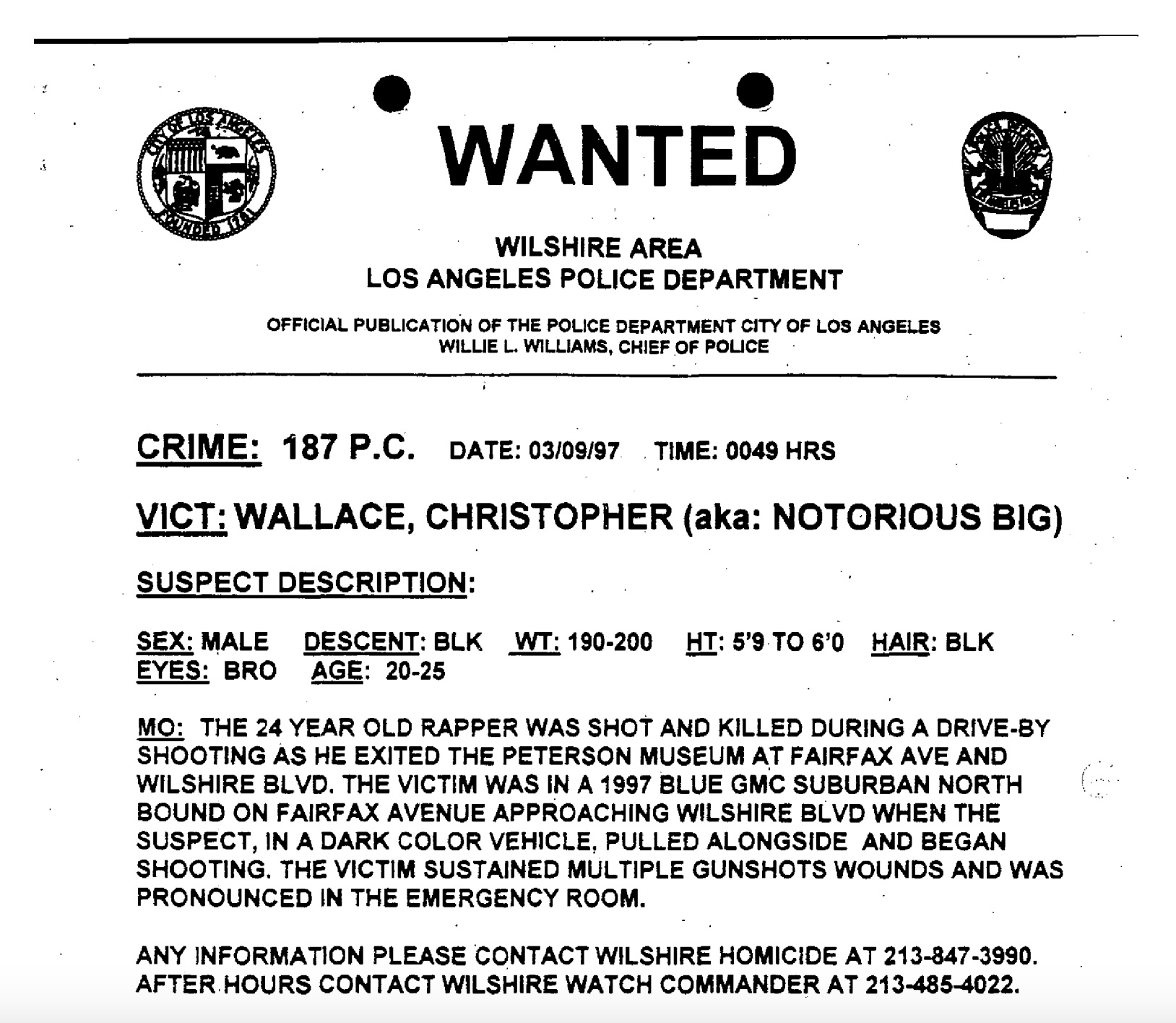 Christopher George Latore Wallace - more commonly and affectionately known as the Notorious B.I.G., Biggie, or Biggie Smalls - changed the world with his rap revelation “Ready to Die,” and he haunts it still, due only in small part to the unsolved mystery of his sudden death by drive-by-shooting.

A saga that has variously implicated Suge Knight, Bad Boy Records, the Los Angeles Police Department, the Nation of Islam, and the Crips, the murder of the hip hop giant didn’t make it to the Federal Bureau of Investigation until years after the fact. Bringing in the big guns long after the body had cooled - the investigation was opened on December 17, 2002 - only rekindled conspiratorial interest in the homicide. The inquiry was aborted 18 months in, no closer to being resolved than it had ever been.

According to one Los Angeles Times article included in the FBI’s files on Biggie, the FBI’s interest was piqued by a VH1 Special.

But, as far as one can tell from the materials, they needed to rely heavily on the previous investigation by the LAPD. In an instance that public records people may either see as dysfunctional equality or appropriate retribution, the FBI, much like you or I would (if the LAPD would give them to us), actually had to pay the LAPD for copies of that file.

Presumably, not everyone at the FBI was particularly familiar with the artist, given the instance of an atypical spelling of his moniker.

The basic sequence of reported events seemed to remain the same, though.

On the night of his death, the Notorious B.I.G. had been attending an industry afterparty at the Petersen Automotive Museum. The fire alarm went off, the party dispersed, and the rap king spent about a half hour lingering outside, presumably getting his mack on.

The fire department noted that there was a mysterious lack of police presence after the emergency call.

Shortly thereafter, Biggie got into the passenger’s seat of the green SUV, which took its place at the center of the celebrity’s caravan and had barely made it to the stoplight at the corner of Wilshire Boulevard and Fairfax Avenue when the gunfire began.

And the 24-year-old died in a pair of Timberlands and some Karl Kani pants carrying some bud, a Primatene inhaler, and three magnum condoms. 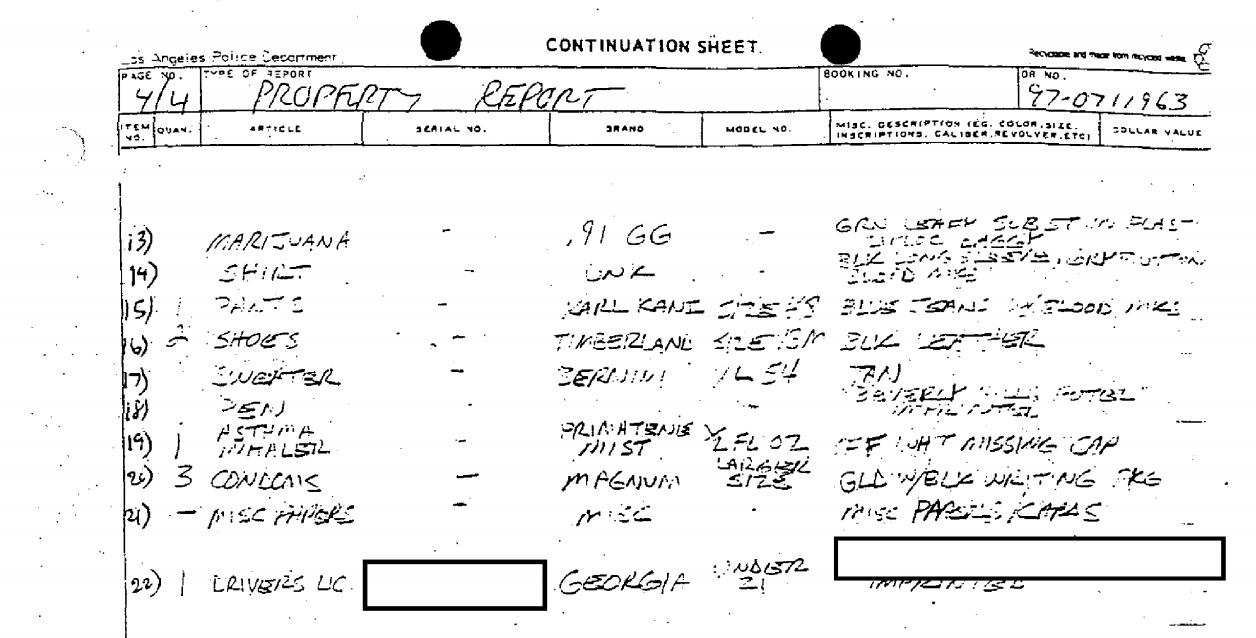 The initial suspicions pointed to a hitman …

as well as police officers that had been present at the party.

Allegations against those referenced - including Amir Muhammad and LAPD cop, David Mack, who soon landed in prison for another crime - have since been dropped; shortly after the shooting, the Los Angeles Police Department became embroiled in a scandal of indiscretions, known as the Rampart Scandal, that implicated basically the entire investigatory unit. Theories that the murder was retaliation for the earlier murder of rap legend Tupac Shakur still swirl temptingly.

And aren’t aided by notes in the file suggesting that the agents had their own opinions, like this loose application of the word “killer” that needed to be phrased more diplomatically ….

or this one requesting limited access to the files of the case, a.k.a. “the Biggie Smalls cover-up.”

The most popular theory remains that involving the knowing involvement of the LAPD, against whom Biggie’s mother, Voletta Wallace, and his wife, Faith Evans, filed an unlawful death lawsuit in 2002. That case was dismissed in 2010, leaving the subject open to speculation even still.

Wanna take a shot at the case? Take a look through the files below or tweet us your theories @MuckRock.

Read part of the FBI’s release embedded below, and the rest on the request page.