A 1987 CIA memo shows that the Agency was not only deeply concerned about anti-CIA protests on college campuses in the United States, but held the protestors themselves in derision.

While some of the protest tactics were described by the CIA as “so sophomoric that it’s depressing,” it should be noted that several years before these very tactics had been extremely effective - as a result of Yale and Harvard Law Schools’ questioning of the Agency’s (flagrantly homophobic) policies towards homosexuals, the Agency’s General Counsel had recommended cancelling the recruitment trips. 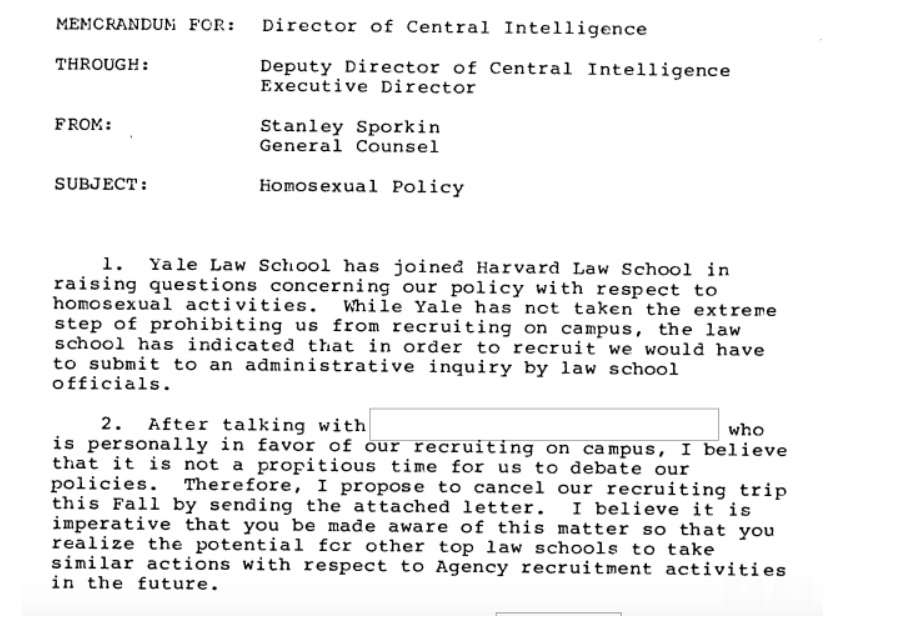 This is likely one reason why CIA officers wanted to know how far the manual had spread since it had first been published. Whatever the answer was remains redacted. 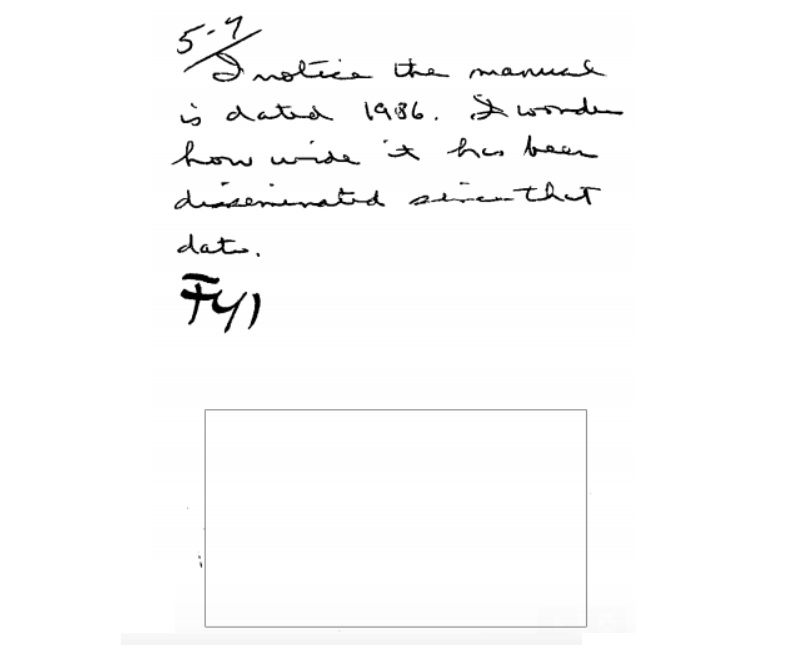 The memo itself, from the Chief of the Recruitment Operations Division, mocked the manual and its authors. While the memo does praise the first four tactics as ways for people to learn more about CIA, it accused the list of subsequently and quickly degenerating into “the various types of harassment and physical violence that appeals to intellectual dropouts, other misfits, and tantrum-throwing adolescents.”

For the record, the closest the manual comes to advocating violence is the use of stink bombs, overturning tables, or the vague “use of force.” The manual also cautioned people to consider the law for all of their activities.

The manual itself had an admittedly attractive cover, which was followed by six pages of background on CIA and why the students felt protests were necessary, followed by two pages of common counter-arguments. After this, began the “sophomoric” section on protest tactics that appealed to “intellectual dropouts, other misfits, and tantrum-throwing adolescents.” 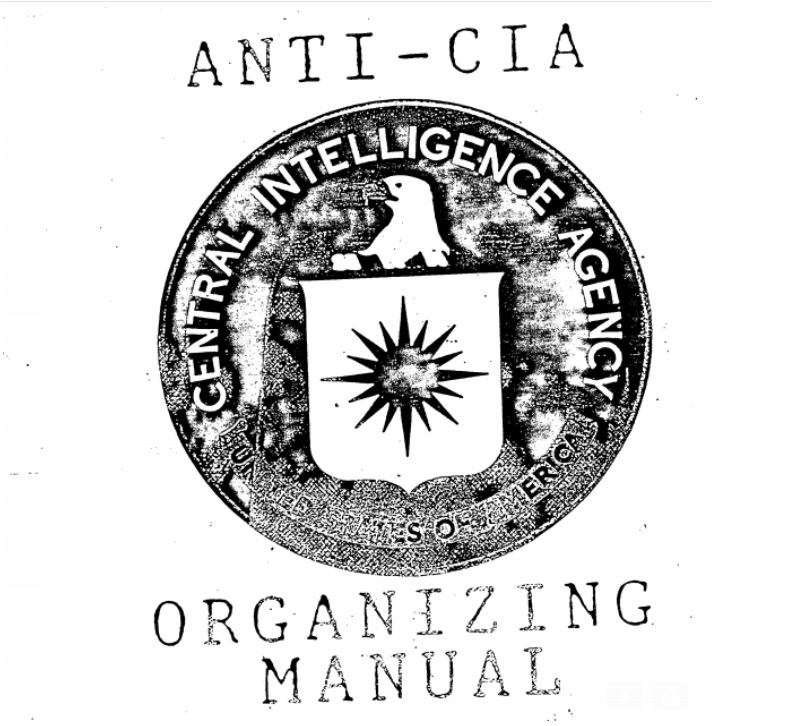 The tactics sections begins by making it clear that it’s merely compiling examples of protest methods that had been employed in more than two decades of anti-CIA student activity from across the country, and notes that many may not be appropriate to the situation. This was followed by the four examples of direct action that the CIA memo approved of. 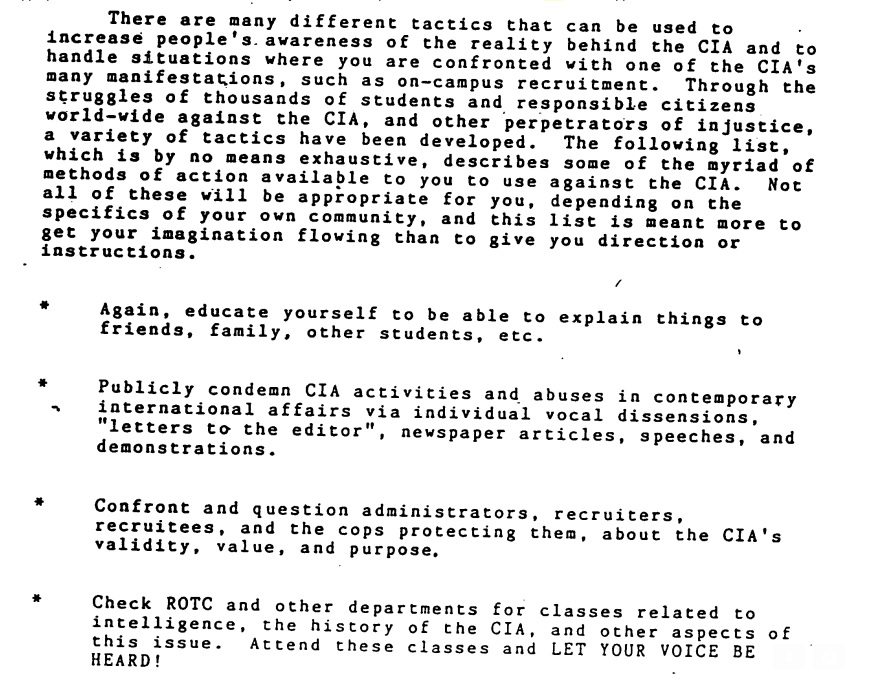 From there, the list “quickly degenerates” according to CIA, to methods that include independent research and distributing leaflets designed to get people thinking. 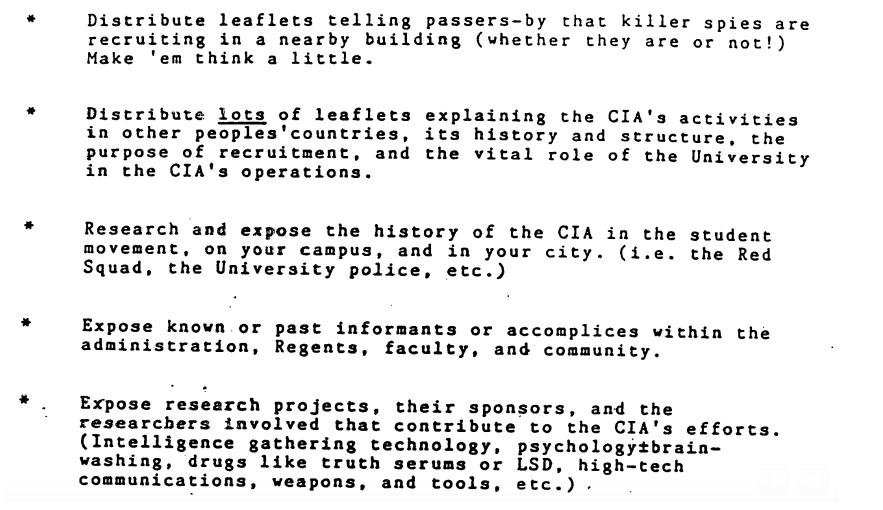 Other subversive techniques that the CIA believed were favored by misfits and intellectual dropouts included protest theater, picketing, and candle light vigils. 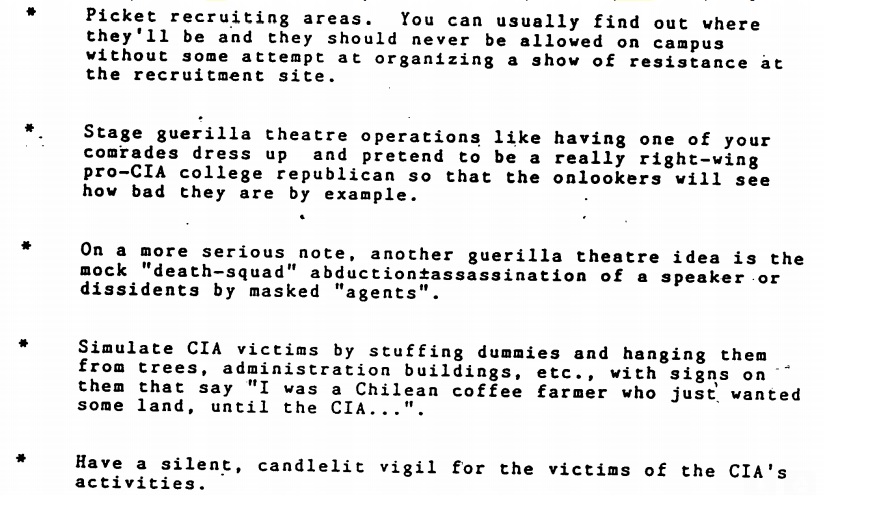 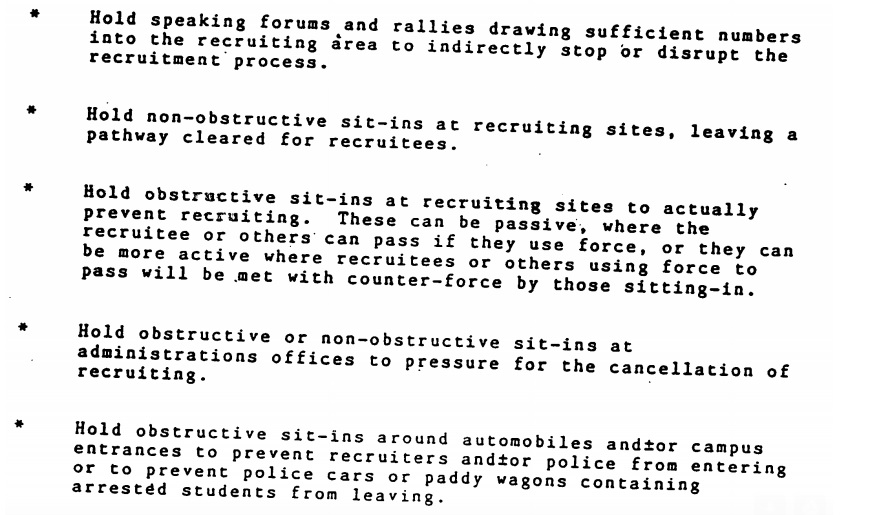 One of the clearer examples of harassment is actually rather Biblical - tipping tables over. Of course, this is also immediately followed by an example of protest involving “force or threat of force.”

Finally, as a bit of legal context, there was nothing wrong with CIA collecting this manual or monitoring the protests - not only was this an open source document that was sent through the recruitment division, CIA is empowered to conduct minimal security operations to protect domestic Agency personnel and facilities.

You can read the Agency’s reactions and the Anti-CIA Organizing Manual below.