Earlier, we looked at Plan C, the government’s Cold War contingency plan to declare martial law if war with the Soviets became inevitable. More recent releases reveal that not only did the FBI drill for its new role in an irradiated police state, but that even in the face of nuclear Armageddon there were strict guidelines on employee attire.

In July 1957, civil defense councils across the U.S. were preparing for what was known as “Operation Alert.”

Ostensibly, the goal of the operation was to test readiness, as well as get the public acquainted with early warning alarms. 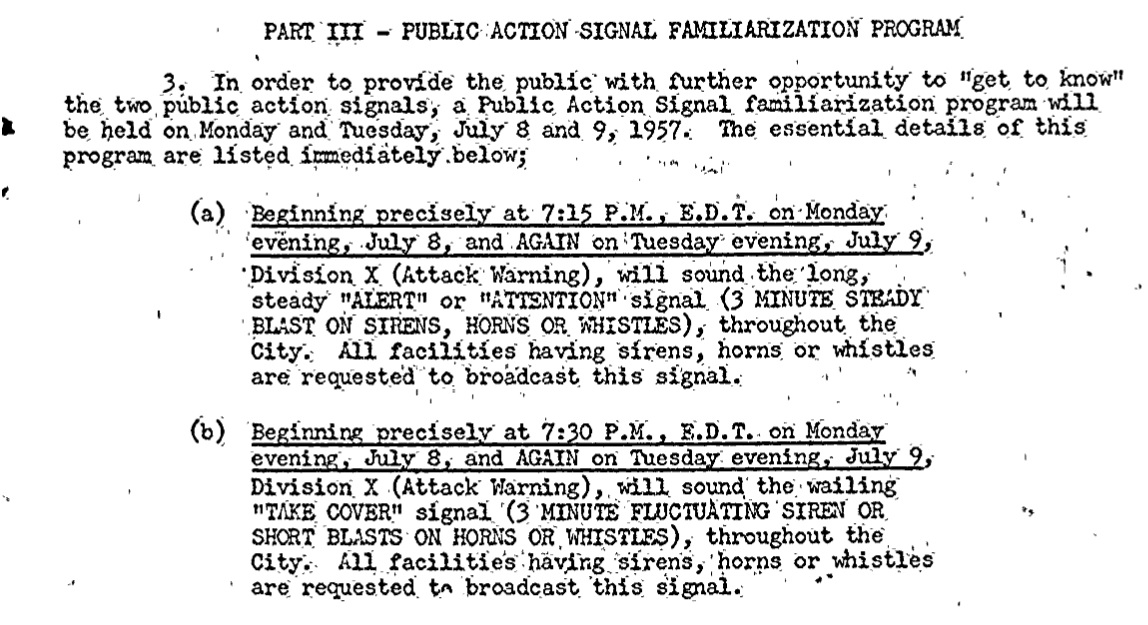 Unbeknownst to those at the state-level, however, was that at the same time, the federal government would be preforming an emergency drill of their own - preparing for Plan C.

While the public was ducking and covering, Bureau employees from designated field offices would head to relocation sites and begin a weeklong exercise simulating their response to a potential nuclear attack. 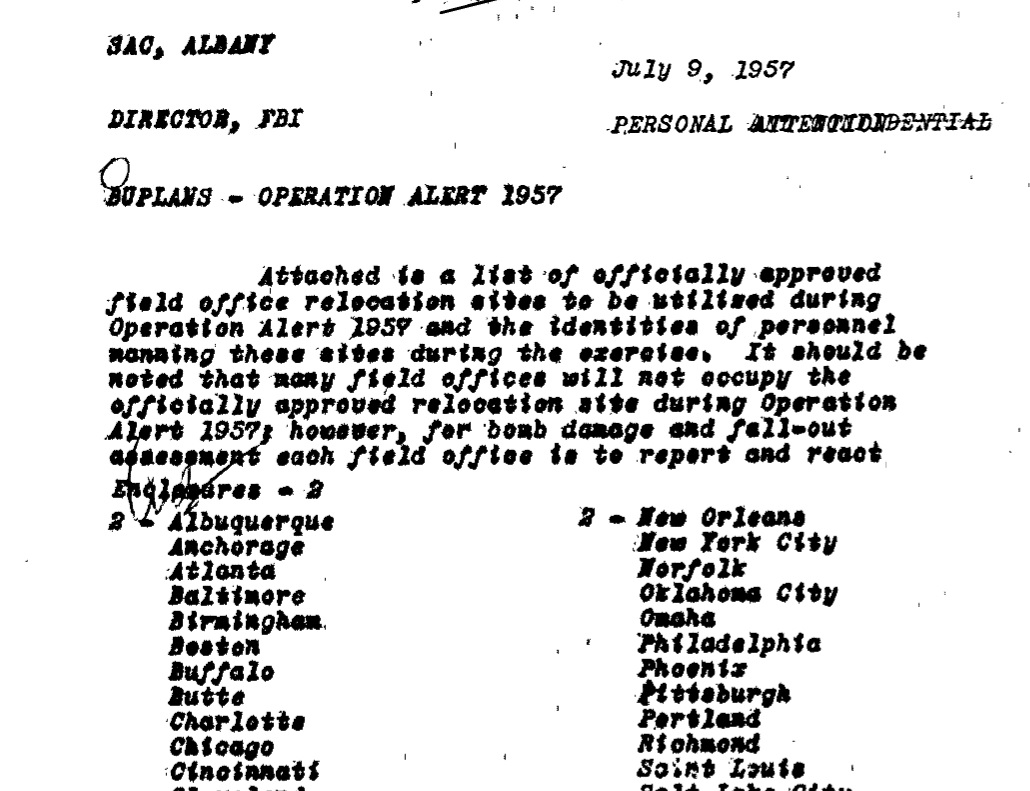 (Many of these relocation sites are still around, in case you’re interested in picking up some rather morbid local trivia.) 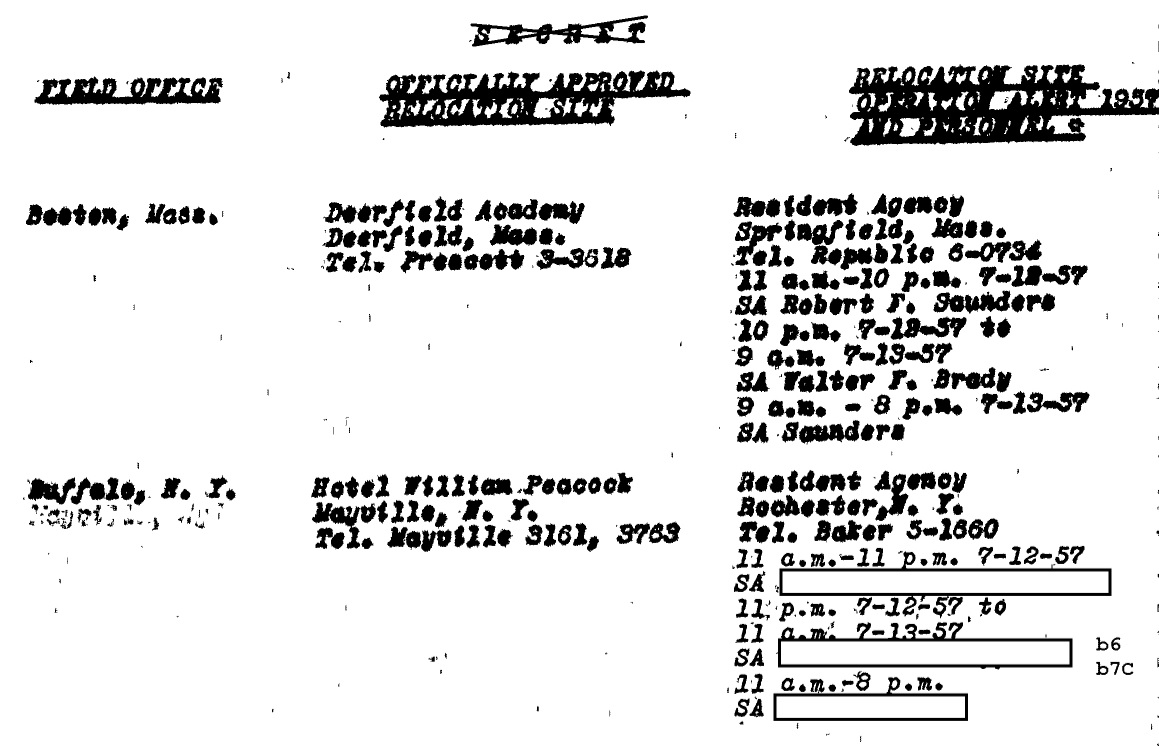 As this is J. Edgar Hoover’s FBI we’re talking about, the chief goal of this operation was to test field office ability to send wartime reports to a centralized repository - Hoover himself. 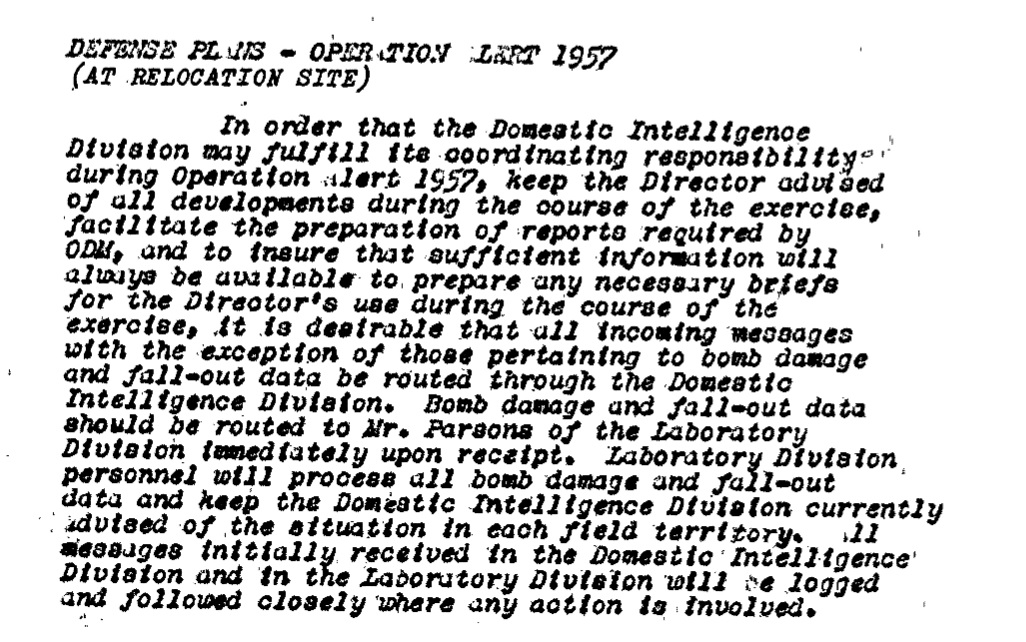 Though the exercise was supposed to last a week, the Bureau planned to let all non-essential personnel leave after the second day. Those in for the long haul, however, were informed that, while there’d be some basic amenities, come prepared for a seven-day sleepover from hell.

To that end, the Bureau was willing to let its sartorial standards slide a bit to make female employees more comfortable - with one notable exception.

Even in the face of Armageddon, the Bureau will not tolerate shorts.

Read the full list of relocation centers embedded below, and rest of the War Plans on the request page.

Image by muffinn via Wikimedia Commons and is licensed under CC BY 2.0