Decades before Donald Trump infamously compared the CIA to Nazi Germany, the National Security Council made its own allusion to the Holocaust - the difference was that in the NSC’s version, it was CIA that was cast as the potential victim of a “Final Solution” that might be imposed by Congress in response to the exposure of the Agency’s illegal and improper activities.

In May 1975 Les Janka, the Senior National Security Council Staff Member for Legislative and Public Affairs, wrote an “EYES ONLY” memo to General Brent Scowcroft. The memo is marked “Outside the System,” a designation often used with items that had very high sensitivity. According to the Gerald Ford Library, 50% of items with this designation remain classified forty years later. 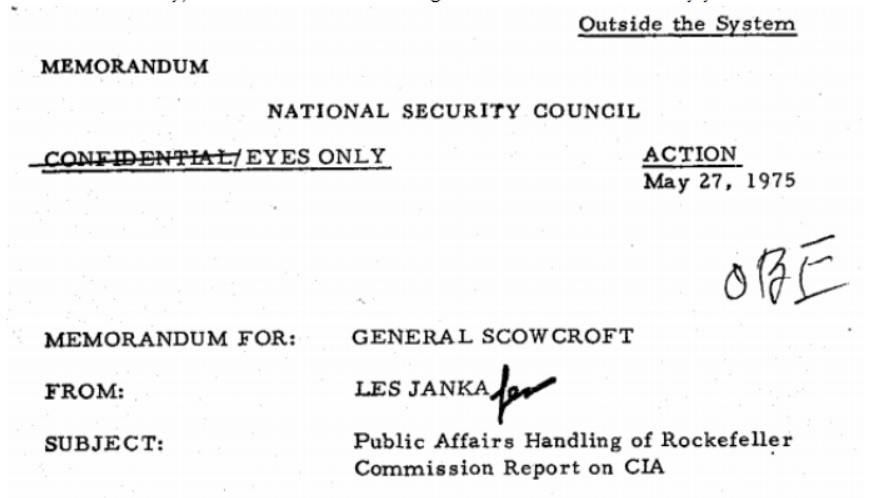 Janka feared that inaction on the part of the White House could result in a situation where there were additional charges of the Rockefeller Commission being a white wash. In Janka’s nightmare scenario, this could give Senator Church a mandate “to come up with a ‘final solution’ to the CIA problem.”

That anyone on the NSC could seriously compare the Agency’s position to that of the Jewish people under the reign of Nazi Germany reveals how hostile the Intelligence Community could be to the concept of oversight. While one CIA officer - and future CIA Inspector General - argued that only the Agency should decide when oversight was appropriate, Janka took it a step further by arguing that an attempt to investigate the crimes committed by CIA and implement reforms was akin to an inquisition.

Janka noted that media action would be insufficient to restore faith in the Agency and preempt what the NSC feared might be the decapitation of the Agency. He suggested “a visible program of vigorous action”, along with several specific points for General Scowcroft, Donald Rumsfeld and Dr. Kissinger to consider. 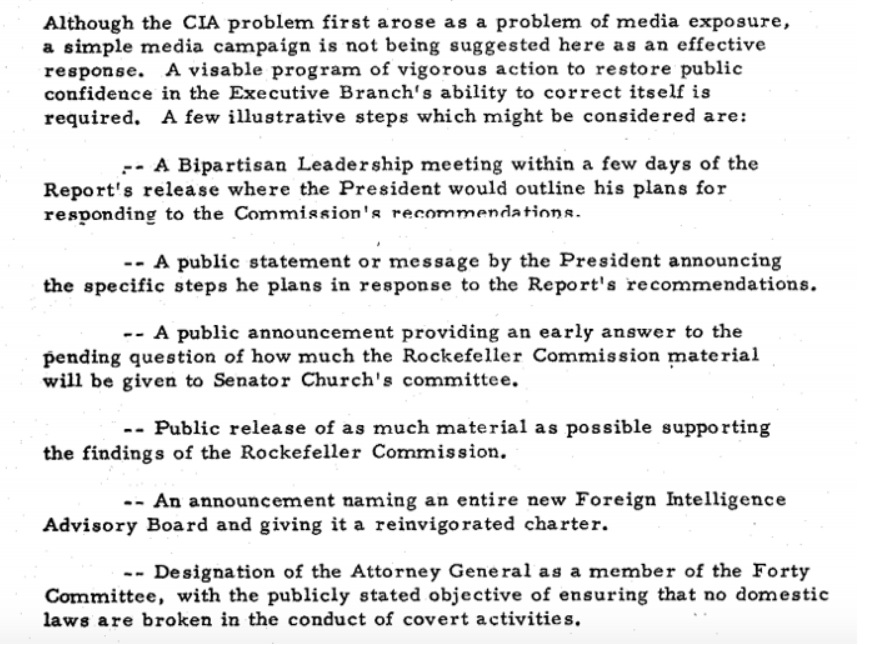 You can read the memo below.