Brigadier General Edwin Black - not to be confused with the journalist of the same name - is best known for his role in the Nugan-Hand scandal, in which the Australian bank was accused of being used by the Central Intelligence Agency (CIA) for narcotics and arms trafficking and money laundering purposes. To learn more about the scandal, FOIA requests were filed for the bank for all the people associated with it, and General Black’s file revealed two things: First, the FBI file’s only mention of his ties to Nugan-Hand is in the form of a Wall Street Journal clipping. Second, Hoover’s FBI briefly investigated him for being a librarian.

Much of the file is redacted, though the visible caption makes it clear that it’s an espionage case involving Alexander D. Botez. It’s unclear who Botez was, though he may have been the name may be another alias for the Alexander Botez-Donici about whom the CIA said the Bureau had “considerable material of a derogatory nature.”

The file does clearly mention Edwin Black, who was then a Lieutenant Colonel serving as the Secretary to the Scientific Advisor to the Policy Council of the Joint Research and Development Board in the Pentagon’s Office of Special Defense.

As it turned out, however, the allegations offered by T-1 barely qualified as an accusation. Black had previously requested a copy of the Information Bulletin of the USSR from the Soviet Embassy. As a result, in 1947, a pair of FBI Special Agents interviewed Black about it. His answer was simple and straightforward: he had been the Officer-in-Charge of the Military Library at the time, and the publication had been free. Collecting it was part of standard Open Source Intelligence and part of his job as a librarian. When the publication was no longer gratis and the price raised to five dollars a year, Black decided that it wasn’t worth even that modest cost.

While it’s understandable that the FBI would take the time to ask Black about the subscription, and apparently accept his reasonable and straightforward answer, it’s alarming that the Bureau apparently spent more time investigating his work as a librarian than as the Hawaii representative for a bank tied to money laundering, a mysterious suicide, and allegedly the CIA. A search of the FBI file on Nugan-Hand Bank similarly turned up nothing more on Edwin Black except additional newspaper clippings and a throwaway and a single, highly redacted teletype. 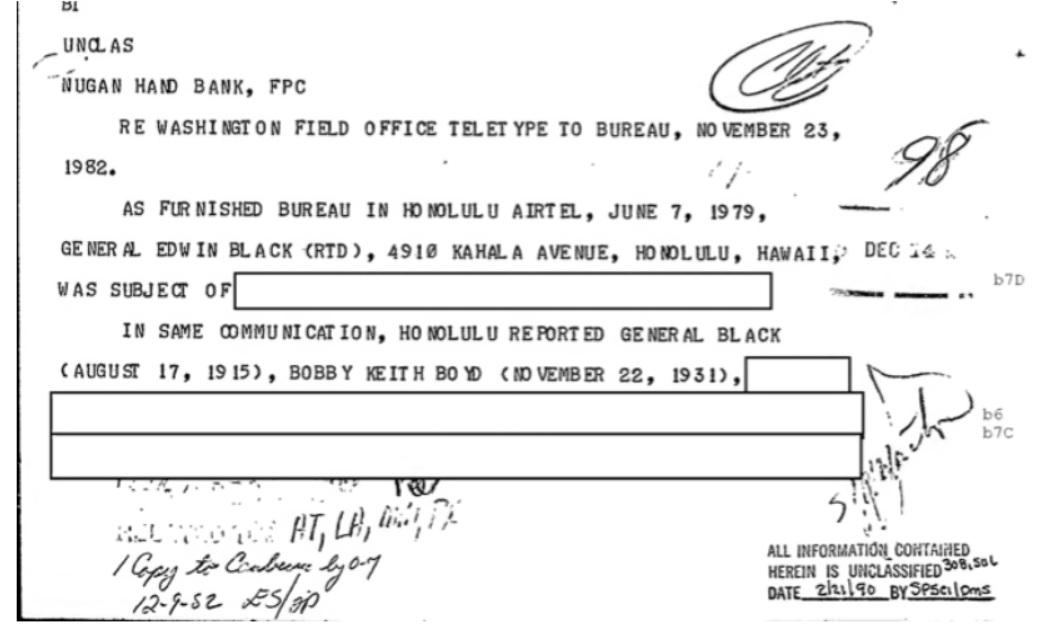 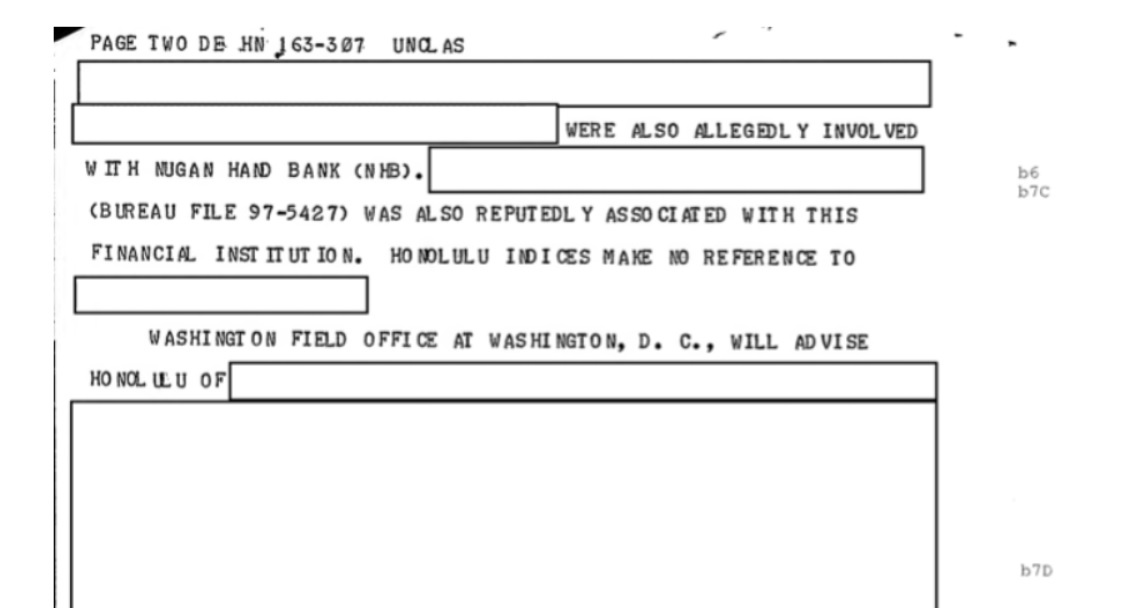 You can read Edwin Black’s embedded file below, or the Nugan-Hand FBI file on the request page.