The letter, dated June 27, 1977, was sent to then CIA Director Admiral Stansfield Turner, requesting an interview. 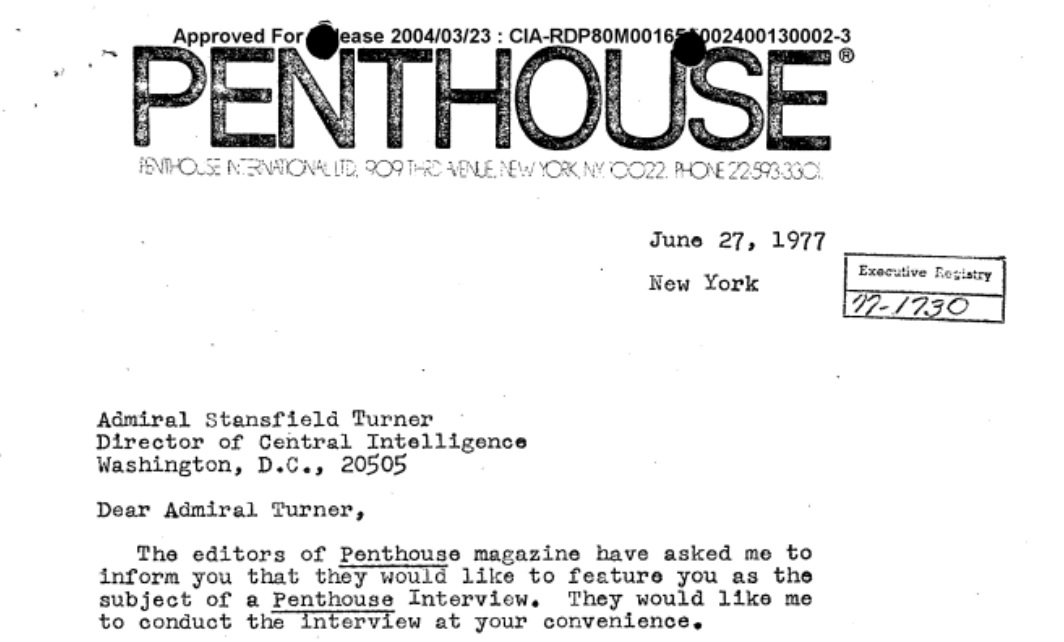 “In the not too distant past” the letter explained, they “would have felt it to be fruitless” to approach the Director; however, the magazine’s sales of five million issues a month would give the Director a wide audience. Not only that, but according to their surveys, the magazines were each passed around to an average of four or five people per issue, “resulting in an estimated readership of some 20 million” - larger than the traditional newspapers.

The magazine promised the Director editorial and narrative control, along with “an opportunity to lay out the realities of intelligence work and to dispel some of the myths.” 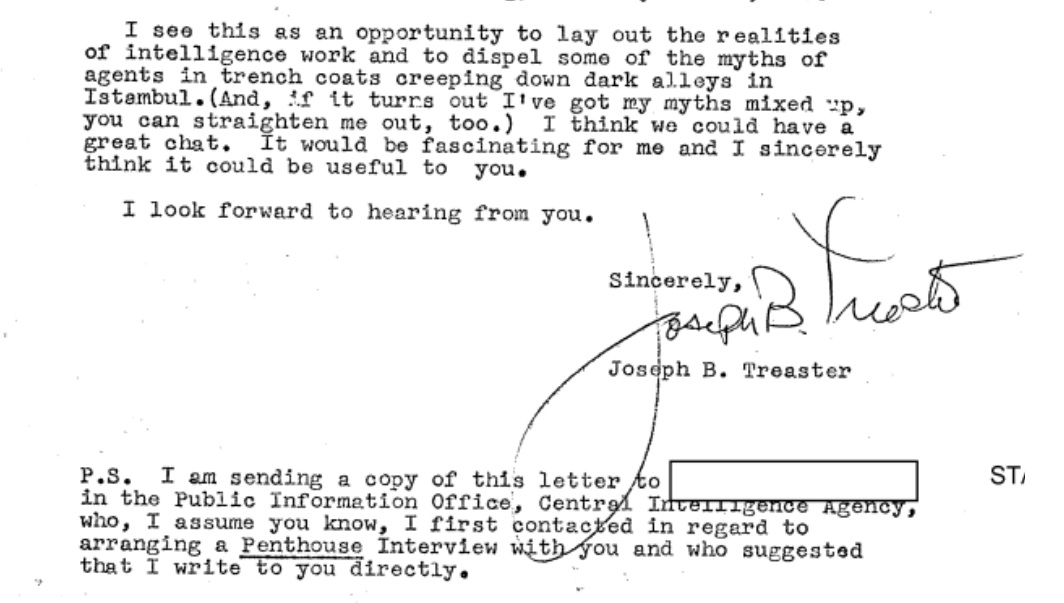 While it’s hard to imagine the CIA taking the offer seriously, they apparently considered it - enough to include an accompanying bio on the would-be interviewer, noting that he had been with the New York Times for 11 years and written for Harper’s and other notable publications. 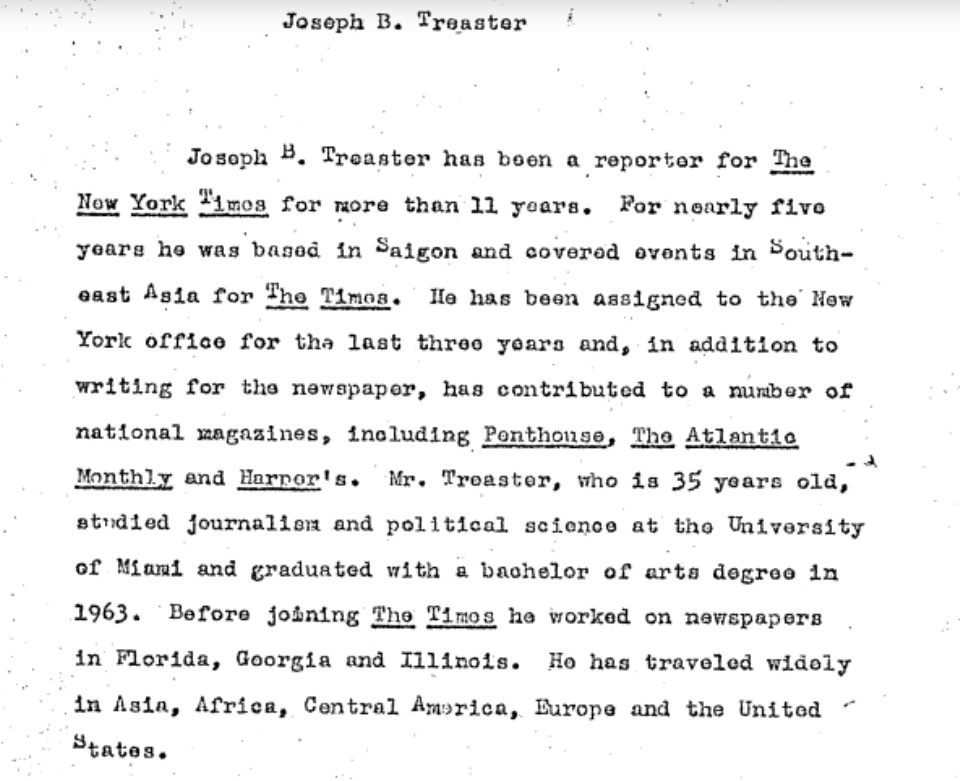 In the end, however, the Director doesn’t appear to have taken Penthouse up on the offer. Perhaps the Agency had a hard time believing anyone would read Penthouse for the articles - or, for that matter, an interview with the CIA Director.

The full letter is embedded below: