JPat Brown is MuckRock’s Executive Editor, and he’s been putting off this self-interview for a couple months now. Also, he’s lost weight since that picture was taken.

What was your first request, and how did it go? Why did you try using public records in the first place?

My very first request was for development documents regarding the NSA’s ill-advised youth outreach program, the CryptoKids. I wrote about that experience - and my associated FOIA loss of innocence - here.

As for why I filed that request, and why I got involved in public records in general, my answer’s a lot more straightforward than most – I got hired at MuckRock. Prior to that, I was dimly aware of FOIA through my time as a journalist and the half-dozen times it permeated the pop culture consciousness – thanks, Dodgeball – but I hadn’t ever used it personally. Most people in this world started with some strong drive that inevitably brought them to start filing, whereas I’m the somewhat oddball exception of someone who had to file, necessitating my finding a drive. Sort of an “Eat FOIA Love” kind of thing.

Where does FOIA shine as a journalistic tool, and where does it fall short?

FOIA is the solar-powered flashlight of the journalism world. It offers direct access to primary source material without having to spend the better part of a decade becoming drinking buddies with the Mayor’s aide-de-camp – and the icky personal conflicts-of-interest that comes with that – but it’s slow and you don’t know if you’re going to get something you can actually use. Which, in my old life at a weekly newspaper, is a pretty huge liability when you’re trying to cram whatever is on hand into column space. So while I do wish newsrooms filed more, I’m sympathetic to why they don’t – imagine you’re that editor that has to field some wide-eyed youngster’s claim that they may or may not have a Big Scoop in a few months.

Then again, if you’re a freelancer – or the editor of a site that literally does nothing but public records journalism – there’s no good reason why you shouldn’t be using FOIA as much as possible. The barrier to entry is minimal, the bandwidth cost is relatively low, and you never know if you’re going to find that aforementioned Big Scoop that people overlooked because they assumed they couldn’t ask for it. To paraphrase my father paraphrasing Hemingway*, you should strive to “lack the imagination to realize something is impossible.”

Again, MuckRock is something of a journalistic Bizarro World, where everything either begins or ends in FOIA. For those aforementioned reasons of delay and inconsistency, most traditional newsrooms tend to approach FOIA as a tool of last resort, whereas at MuckRock we’re constantly trying to see how we can utilize this hilariously unwieldy cudgel of a law in the most imaginative way possible. “Will It Blend?,” but for transparency.

I just realized all of my references are from 10 years ago. I was going to embed that Simpsons clip of Principal Skinner wondering how out of touch he is, but that just makes it worse.

Personally, I don’t get around to filing as much as I’d like – my output is easily the smallest on staff. But, in my capacity in helping direct and develop FOIA projects, I’ve helped produce thousands of requests, so in true editor fashion I’ll take credit for all of them. Well, for the good ones, at least.

I spent the better part of a day once trying to get a straight answer out of a Texas Sheriff about why they had a truck with Batman on it. 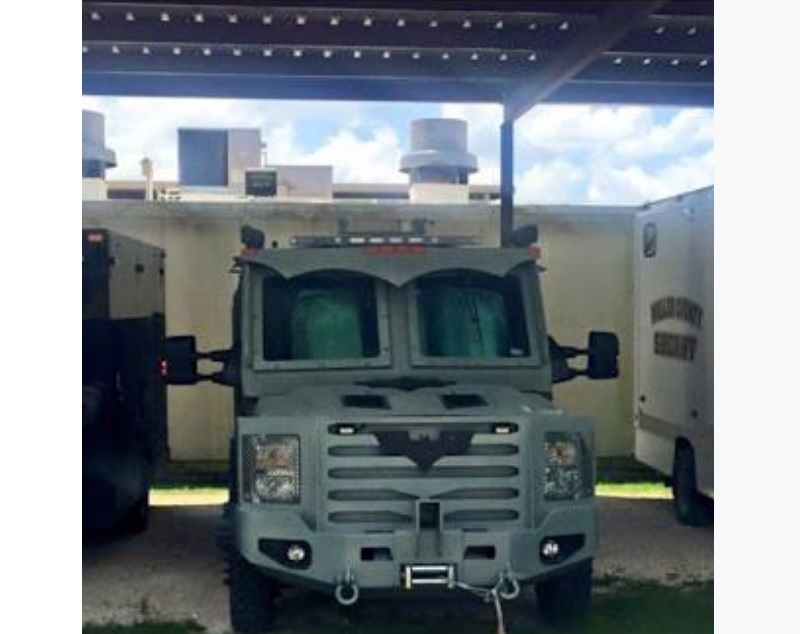 In terms of successful requests, I’m still amazed that I got those llama call logs. Try saying that five times fast.

What advice do you have for a first time FOIA filer? What do you wish the filers you worked with did differently?

Don’t get hung up on the idea that there’s an absolute right or wrong way to file a request. There’s something of an obsession in the transparency community about perfecting request language, as if you were incanting some magic spell whose success or failure was dependent on every minute detail and cross-reference. That’s not true. We have the numbers to prove that’s not true. The person who files a hundred “imperfect” requests is going to have a lot more success than somebody who files ten “perfect” ones. If you have a question about how the government is being run, then ask it - that’s your right, dammit.

That said, don’t be a jerk. Never lose sight of that fact that there’s a human being on the other end of these requests, and opening an email demanding “every email you’ve ever opened” is going to ruin their day. Work with FOIA officers, feel out the difference between a reasonable and an unreasonable demand, and always be polite. That’ll get you in the good graces with the decent ones, and it makes you a hell of a lot scarier to the bad actors. “Beware the fury of a patient man.”

Regarding the FBI Files Project, what got you interested in the topic in first place?

Practically, I needed the content - trying to build a consistent editorial schedule around FOIA is an anal retentive’s nightmare, and at least we weren’t running out of famous dead people anytime soon. That said, I’ve always been interested in the relationship we Americans have with our own history, and our collective inability to process just how truly weird and terrible that history is. Take a figure as complex as J. Edgar Hoover, who for close to 50 years was arguably the scariest, most powerful person in the country, and yet now is remembered fondly as this cherubic chubby-faced cross-dresser. That’s preferable to taking a good long look at how somebody like Hoover could get to where he was, stay there as long as he did, and ruin as many lives as he has.

A lot of what we cover in the FBI files is pretty funny, but there’s this fear and trauma there that’s bubbling right up to the surface. The “James Baldwin trolling the FBI” piece is probably the best example. Yeah, it’s hilarious that Baldwin was able to prank the surveillance apparatus that tracked his every move, but that punchline still requires the set-up of a surveillance apparatus tracking his every move.

What were the most surprising responses you received in the project?

Nothing beats finding out that the founder of Burt’s Bees once broke into an American embassy to get away from Polish secret police.

Dodgeball. We went over this. Man, we really need to format the Requester’s Voice template.

If anybody ever needed an endless loop of #FBI Director J Edgar Hoover picking up and putting down a phone, I've got you covered. pic.twitter.com/2dxYnUxGBg

*Turns out it was Faulkner, my bad.