A few weeks back, I filed with the ten largest police departments in the country for a list of all sexual harassment complaints or lawsuits from the past five years. The Miami Police Department was among the first to complete the request, releasing a single closed case from 2016.

While that in itself is notable, what really stood out was they manner in which they released this information: a 96-page spreadsheet that was completely redacted … 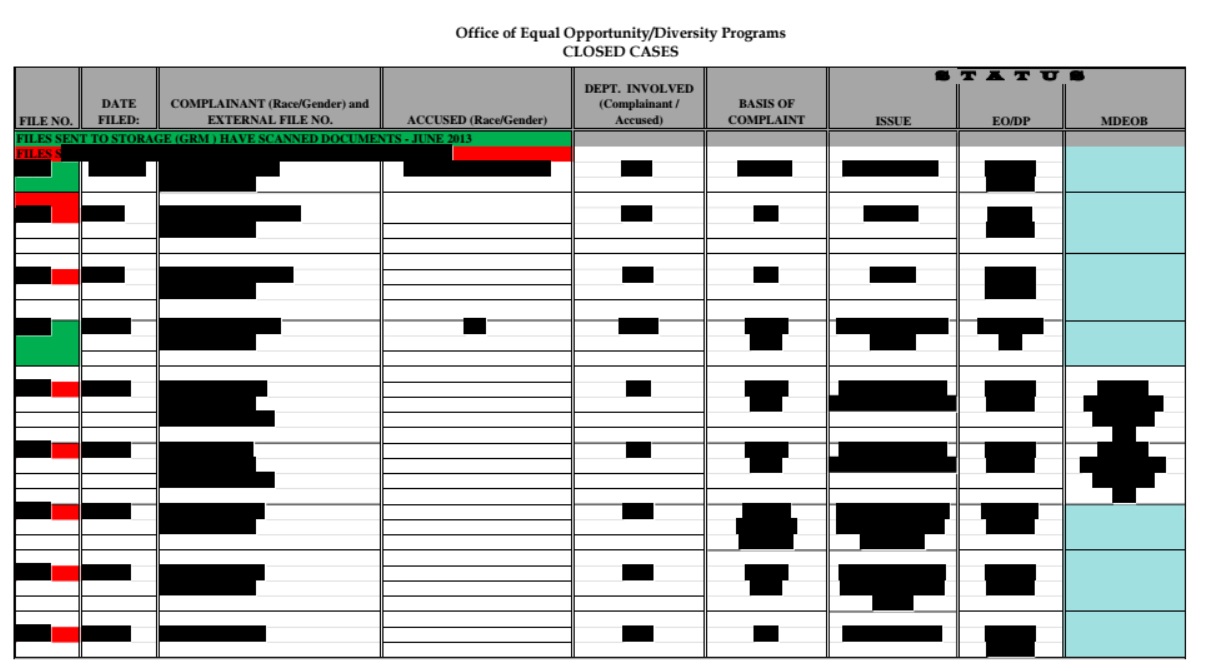 except for than the row containing what I asked for.

While I appreciate MPD’s prompt completion of my request, I have to believe there was an easier way to do this. View the entire spreadsheet embedded below, and read the casefile on the request page.

JPat Brown sent this request to the Miami Police Department of Miami, FL