On February 2, 2014, New York City mayor was participating in the yearly Groundhog Day event at the Staten Island Zoo when the morning’s festivities took a tragic turn. The groundhog, a female “Chuck” stand-in by the name of Charlotte, fell from Bill de Blasio’s hands and tumbled to the ground. Seven days later, on February 9th, Charlotte was found dead in her enclosure from “acute internal injuries” - injuries the zoo claimed had nothing to do with Charlotte’s fall.

Recently released emails between New York City reporters and the Mayor’s press team acquired through a FOIL request are rife with shocking allegations that now call into question everything we know about the incident.

To start, the controversy and what the de Blasio-hating New York Post eventually called the zoo’s “coverup” were quickly dubbed “#Groundhoghazi,” winning the respect of a few reporters who were dreading an appearance of the more tired and cliche “GroundhogGate.” 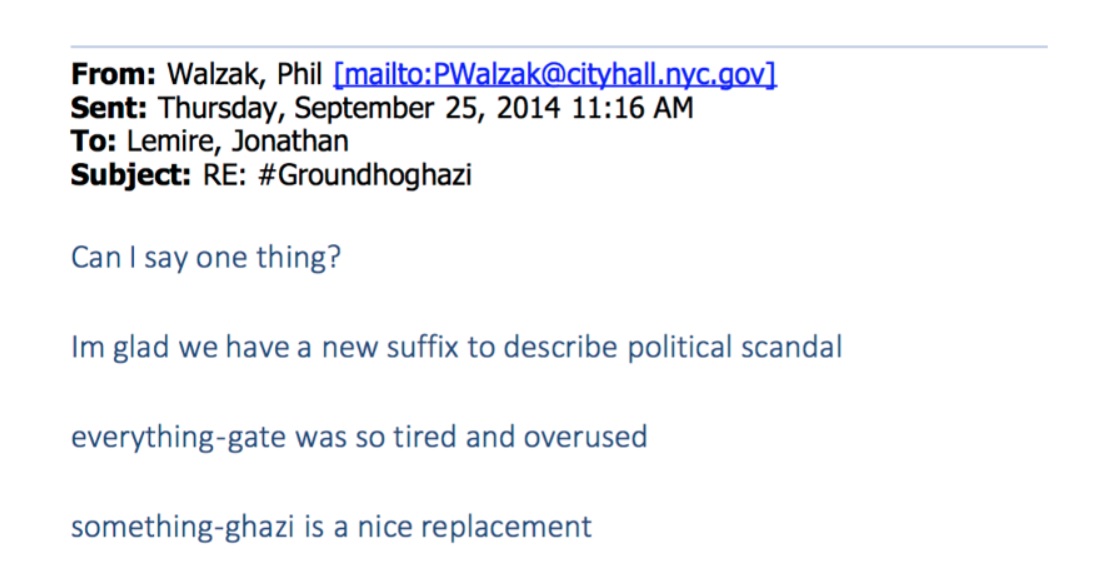 The biggest controversy between the administrative line and the reporters seems to be over the use of the word “dropped.” Had de Blasio dropped Charlotte? Or had she merely wriggled herself into a tumble? After all, this event happened only a few years after former mayor Michael Bloomberg was bit by the actual Chuck on live television.

“And, yes, while BDB certainly didn’t hang onto the thing, it did squirm away. I won’t use ‘dropped,’” wrote one AP reporter.

Others were more reluctant to tow the party line.

Holding their ground, a de Blasio staffer maintained that any “reasonable viewer” wouldn’t ignore the squirming and writhing. But one intrepid reporter would not be dissuaded, even going as far as to say that if a person let a baby fall because it was squirming, the proper verb would still be “dropped.” The staffer strongly disagreed.

And, finally, one email contains the definitive and secret confession that this was a planned hit on Chuck, foiled by the last-minute substitution of Charlotte. “Our work remains incomplete …” the confession reads. 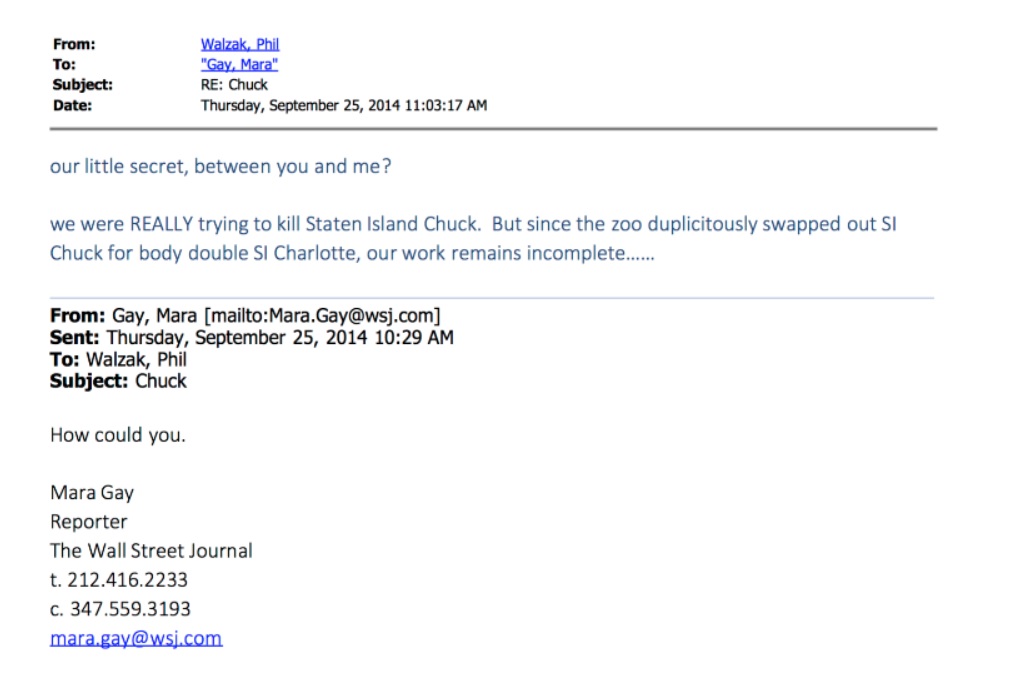 You have been warned, Chuck. Read the full emails embedded below or on the request page:

Image by Anthony Quintano via Wikimedia Commons and licensed under Creative Commons BY-SA 2.0.

Matthew Guariglia sent this request to the Office of the Mayor of New York City, NY