A unexpected fringe benefit of the CIA’s release of its declassified archive is the treasure trove of comic strips - mostly concerning the Agency’s activities - contained therein.

Some, like this collection of cartoons from the Soviet Union’s official newspaper, at least make sense in a very loose, “intelligence gathering” kind of way. 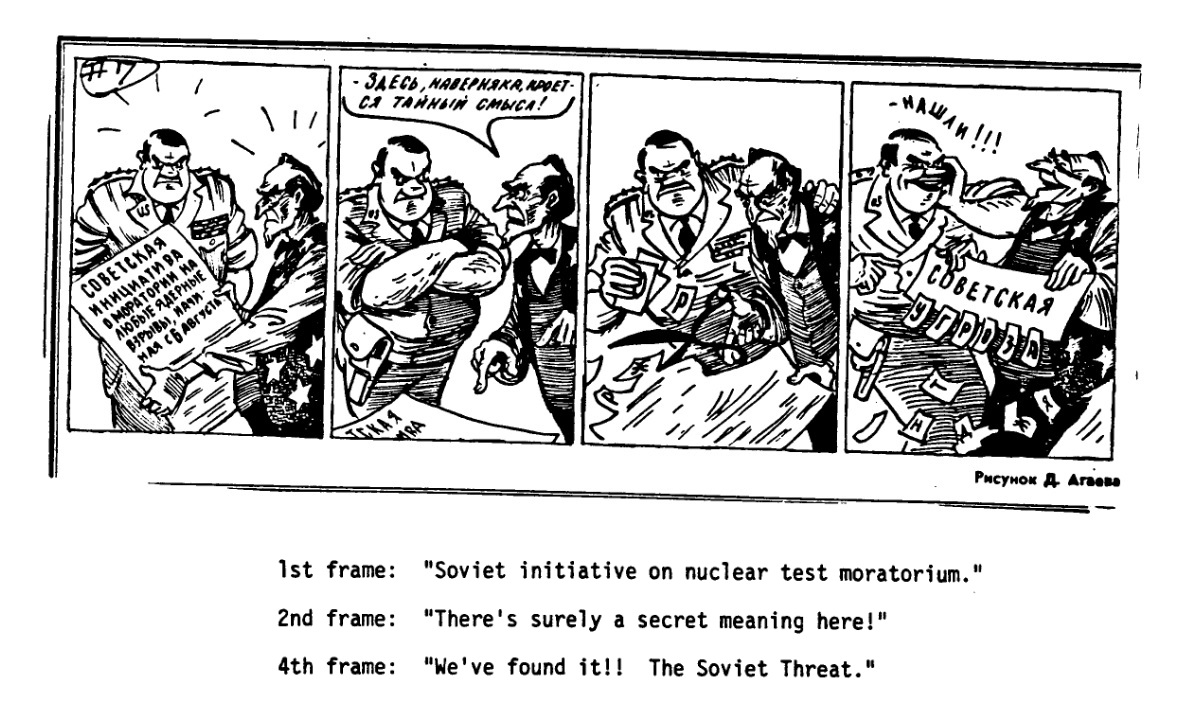 Others, like this German strip lampooning the Agency’s role in the Bolivian coup (with bonus goofy Nixon) … 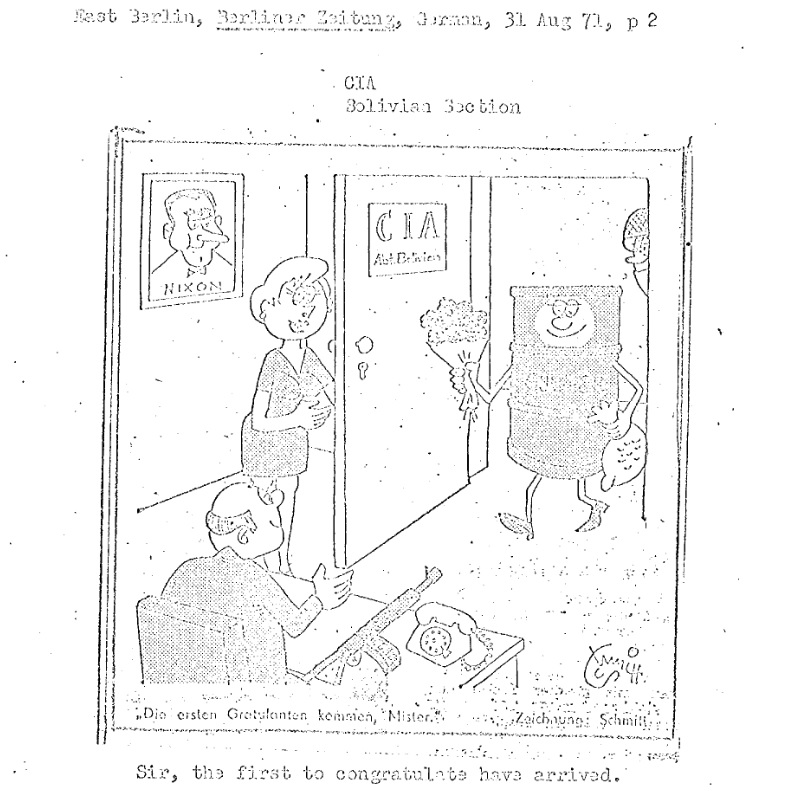 or this rather self-explanatory offering from the Philippines … 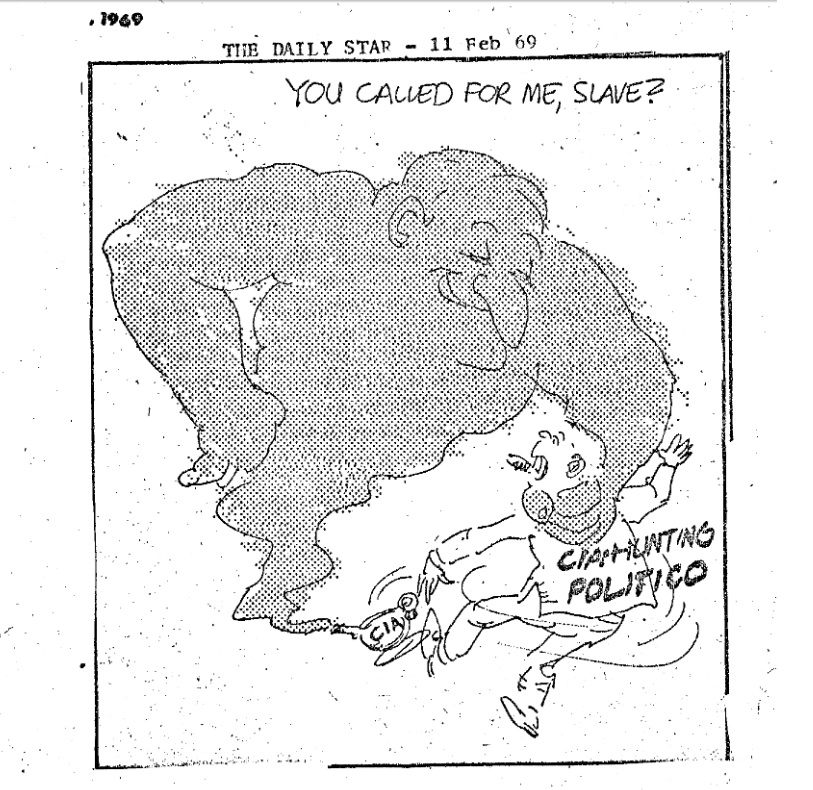 are more the “ears are burning” variety.

Stateside, the reasoning is a little bit more dubious - a Steve Canyon strip that simply mentions the existence of the CIA somehow made the cut … 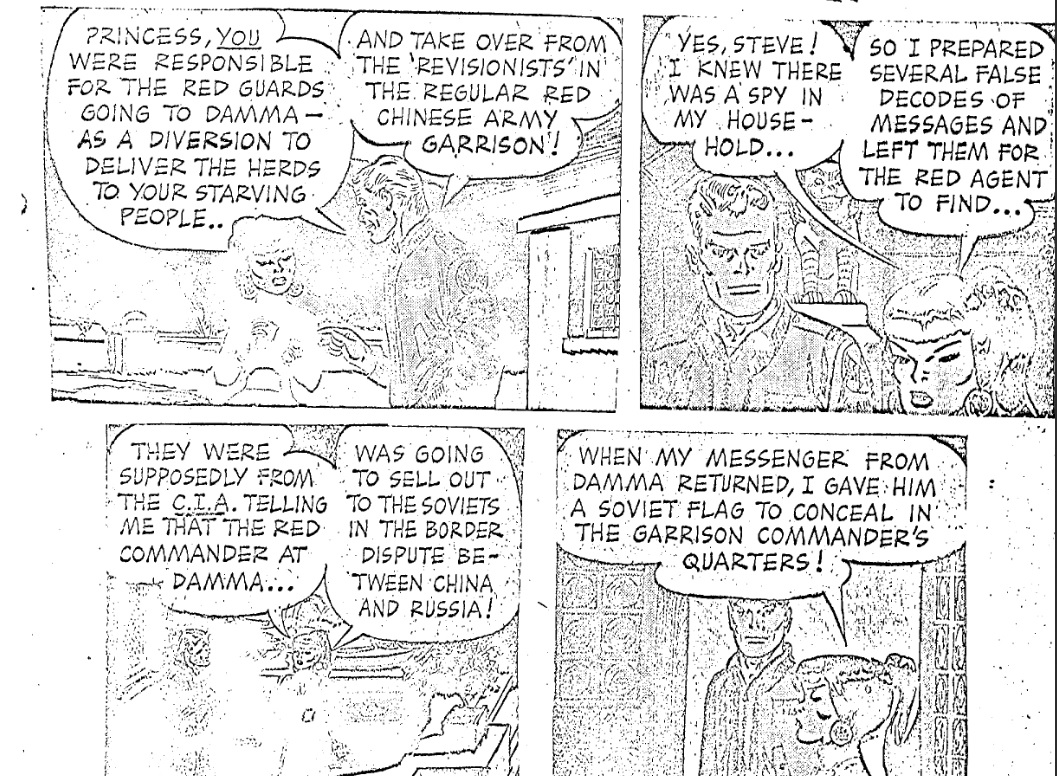 while this one really has no justification other than the ping-pong team wanting it for the break room fridge. 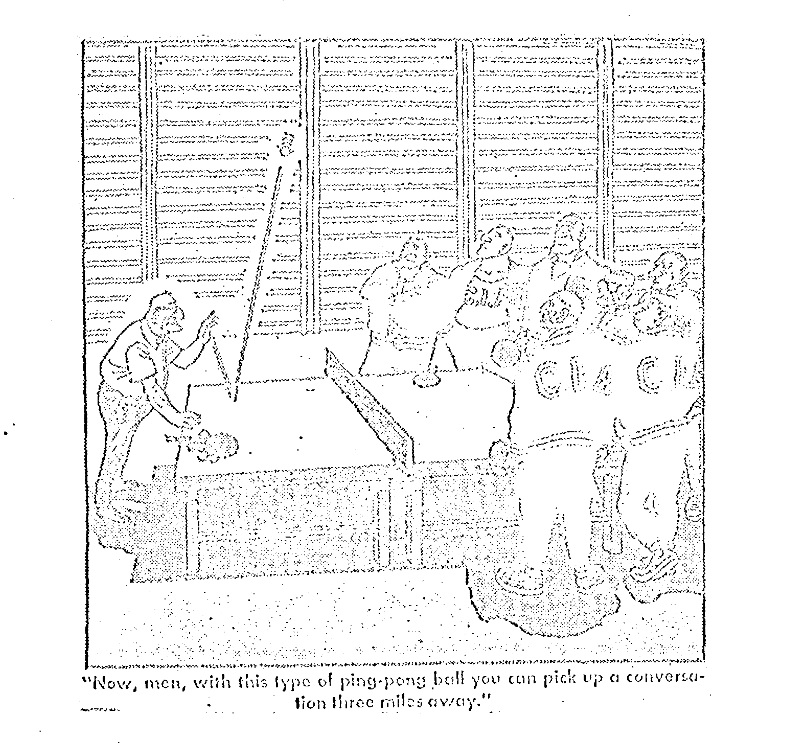 The most recent - and by the far the strangest - example is a Dilbert strip contained within the STARGATE files on psychic phenomenon.

Was someone attempting a remote viewing of Scott Adam’s house? Was it interpreted as a veiled criticism of MKULTRA? Or was somebody from the soon-to-be shuttered STARGATE program just expressing their frustration at getting sent to work in the sub-basement? We want answers, CIA.

Find any interesting comics in CREST? Let us know at info@muckrock or via Twitter @MuckRock.