The FBI file for Timothy Leary has several interesting pieces of information, though what really stands out are some conspicuous - and revealing - absences.

Some of these can be explained by this being an initial, preprocessed release - various preprocessed docs were missing, including records from the CIA that had previously been declassified and released. These documents were omitted as part of the CACTUS channel, which was described in a 1970 memo between the CIA and FBI Directors.

Other files that are notably missing include the information given to the Church Committee that documented the Bureau’s use of Timothy Leary as part of COINTELPRO efforts to breakup the Black Panther Party. Significantly, these activities relied on CIA intel provided through the CACTUS channel. 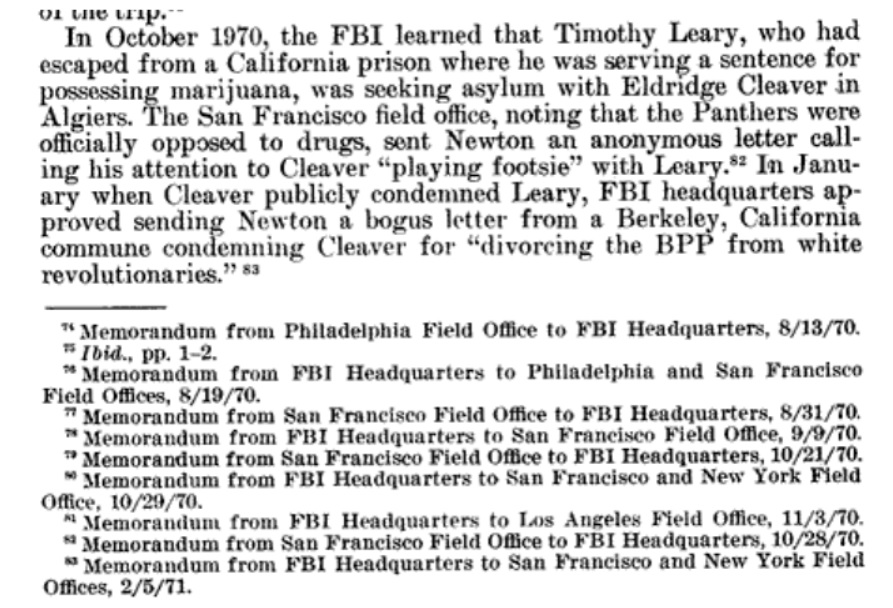 Other records were simply not included because they’d been transferred to the National Archives. A request has been filed, but the sheer number of files gives an idea of the scope of the FBI’s interest in and use of Timothy Leary.

None of this, of course, gets into the upcoming release of information on Leary. This FOIA was specifically worded to include a number of cross-references and “materials and information provided by Timothy Leary to the FBI, as well as any agreements he made with the FBI and agreements made with the Department of Justice that are in the FBI’s possession.” These materials will be significant as the extent of Leary’s cooperation with the Bureau is the matter of some dispute.

While an open letter from Leary’s friends minimizes the extent or utilization of his involvement, the Smoking Gun release seems to contradict this. The references included in the preprocessed release provided to MuckRock also show that the Bureau seemed to think his cooperation was worth noting for the United States Attorney. 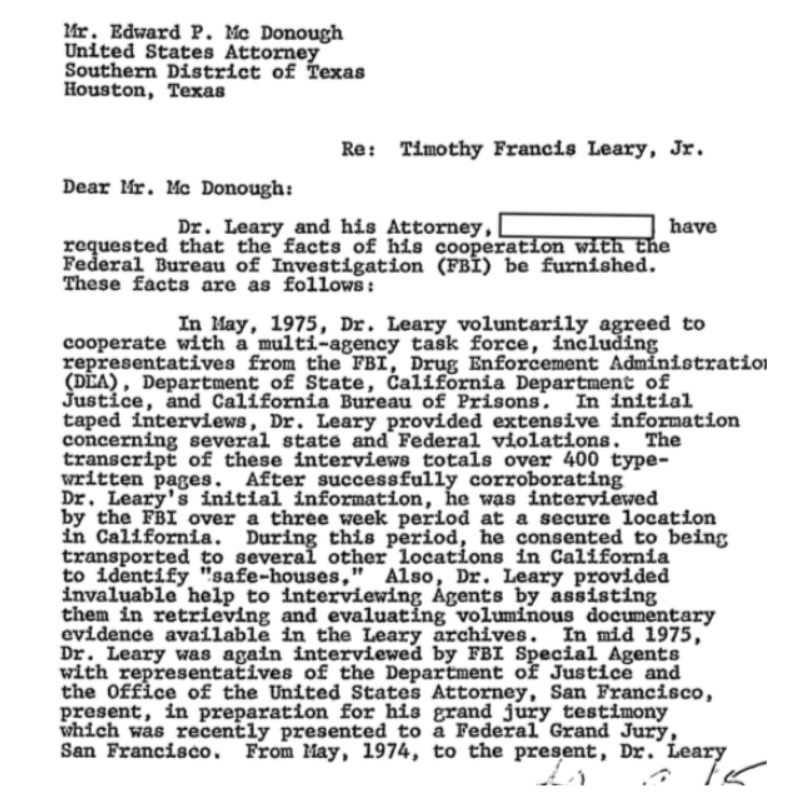 According to the Special Agent in Charge’s letter, Leary had been “totally cooperative” with the Bureau and provided “valuable information” which the Bureau was able to confirm.

Other records seem to have not been included for an unusual reason - they were in “the unofficial file.”

It’s unclear what made this file “unofficial” or whether it was ever searched.

Additional releases are pending, but in the meantime you can read some of the file below, or on the request page.

Image by Dr. Dennis Bogdan via Wikimedia Commons and is licensed under CC BY-SA 3.0