In December 2005, the FBI opened a file on the religious extremist group the “Church of the Hammer.” 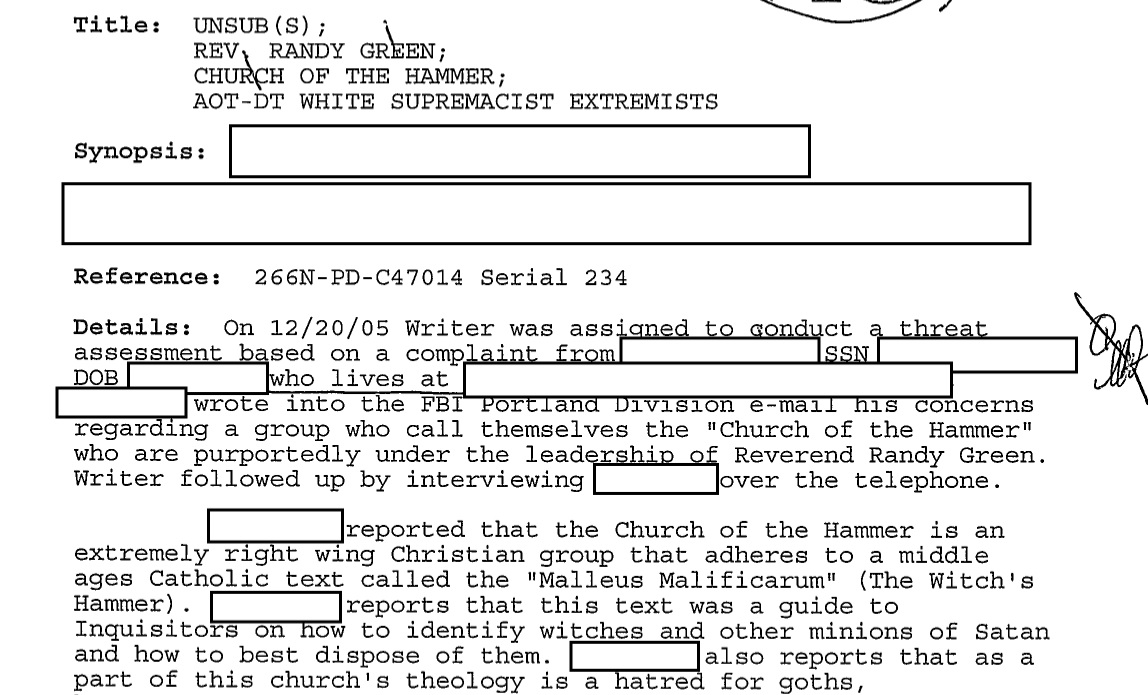 Named after the infamous treaty on witchcraft and allegedly founded by a protégée of Westboro Baptists’ Fred Phelps (Read Fred Phelps FBI File), the group called for violent retribution on those in defiance of God’s will.

Particularly practitioners of the goth subculture, but they weren’t by any means picky. 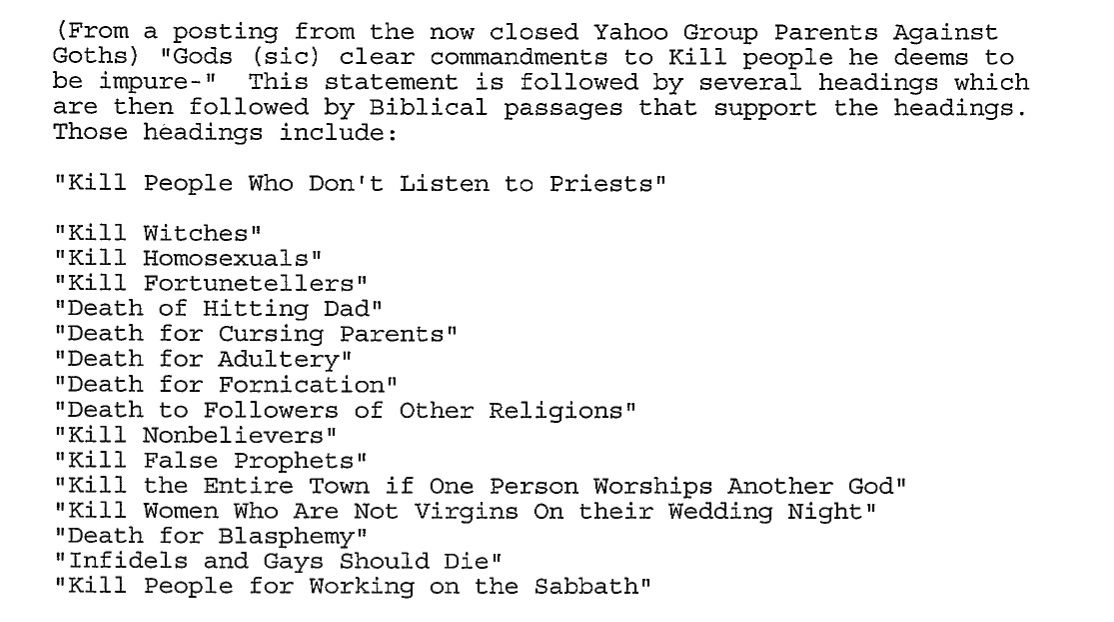 The Bureau’s main source on the case was a goth who had engaged with members of the Church via their Yahoo Group “GodHatesGoths,” trying to dispel their misconceptions about the relationship between the subculture and Satanism.

The unnamed goth was apparently unsuccessful.

Eventually, the FBI deemed the Church enough of a threat to move beyond mere fact-finding into full-on investigation - agents feared that if they didn’t act soon, they might have another Waco on their hands.

However, pretty early on the Bureau ran into a snag: none of the people asked about the many incidents the Church was supposedly involved in had any clue what agents were talking about.

And then in March of 2006, the FBI did something it hadn’t done before - it actually visited GodHatesGoths.com. And what did they find?

A disclaimer - in small print, mind - that the site and and the Church were satire.

And so, in July of 2007, over two years after the FBI opened their investigation into the Church of the Hammer, the Bureau closed it, on grounds that it didn’t exist.

The Bureau finally got the joke.

Read the file embedded below, or on the request page:

Image via Wikipedia Commons and is licensed under CC BY 2.0