As a fixture in both the civilian and military worlds of politics, the FBI file for General Alexander Haig promised to be quite interesting. As a United States General who had served as the Supreme Allied Commander Europe for NATO, the Vice Chief of Staff of the Army, the Chief of Staff for Presidents Nixon and Ford, and the Secretary of State for Ronald Reagan, General Haig was a key player in several decades worth of history for both the United States and the world. 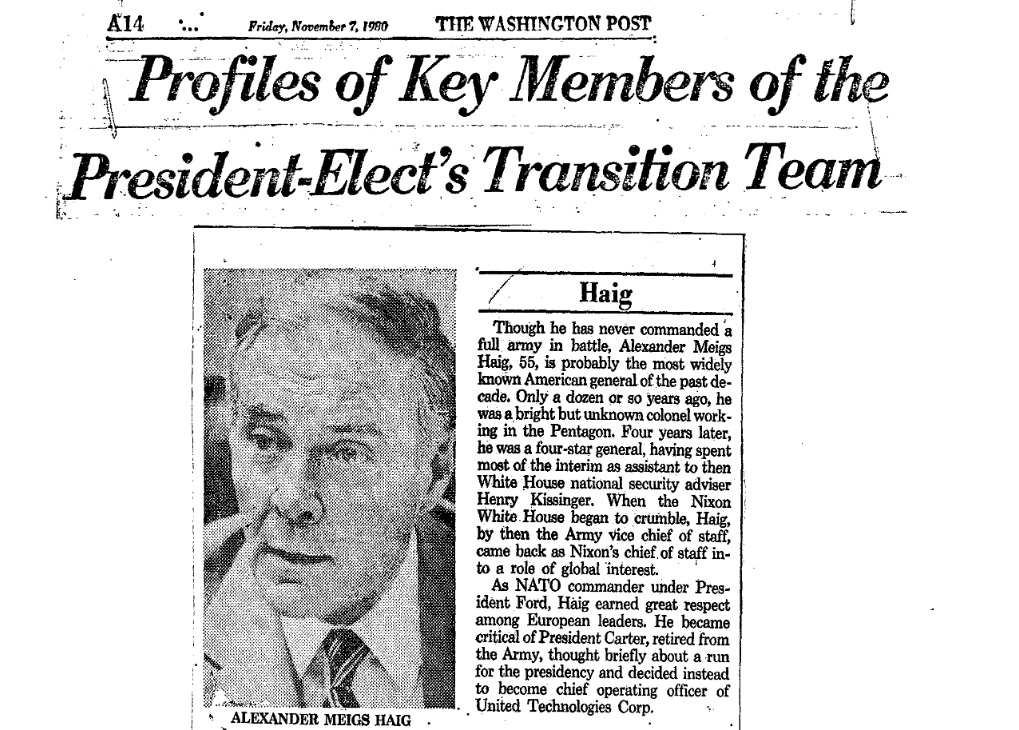 Although much of the file focuses on standard background issues and threats against the general several new facts stand out. One section, in particular, sheds new light on the Watergate scandal and the ensuing Saturday Night Massacre.

The Saturday Night Massacre refers to the firing of independent special prosecutor Archibald Cox, followed by Attorney General Elliot Richardson and Deputy Attorney General Ruckelshaus, which resulted from the fight over the White House tapes and President Nixon’s refusal to simply hand them over. This provoked an additional wave of backlash against Nixon, and ultimately proved to be his undoing, as it was seen as one attempt too many to interfere with the investigation. 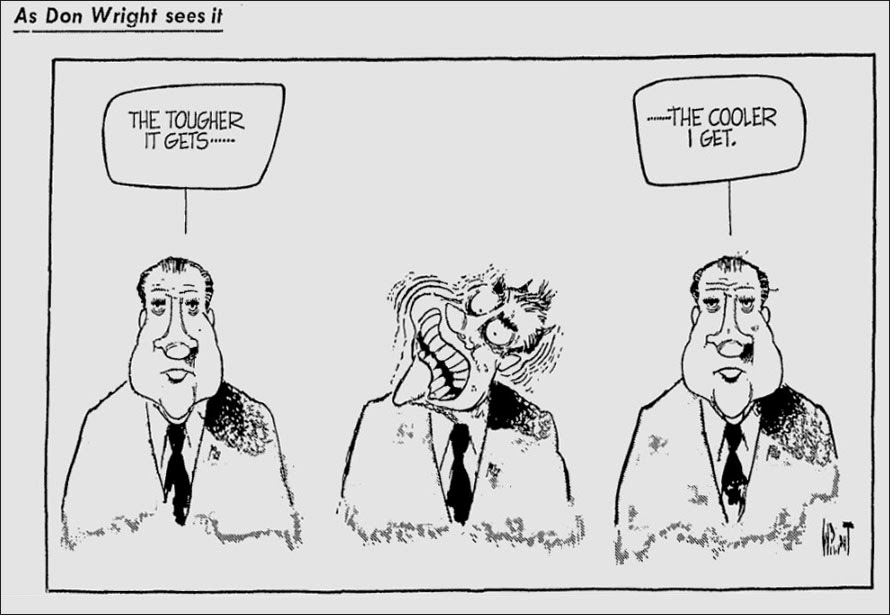 At the time, outrage focused on Nixon, but over the years, various journalists and historians have reexamined the matter and found that many of the threads pointed back to General Haig, in his role as White House Chief of Staff, as one of the primary people behind the firing. However, relatively little documentary evidence was available to support this conclusion. Haig’s FBI file, however, provides one of the crucial missing pieces.

The file reveals that Haig personally ordered the Bureau’s surveillance on the offices of the victims of the Saturday Night Massacre, and later rescinded the order when it had served its purpose. The surveillance itself was reported at the time, with an official and vague comment from the FBI as early as the Sunday afterward. The New York Times reported at the time that an FBI representative said that the surveillance was “at the request of the White House.”

The reporting of other outlets at the time, and since then, have been along the same lines, with the general assumption that the order came from Nixon. Under the circumstances, this was a natural assumption. The firing was extremely unusual, and the use of FBI agents to watch the offices even more so. Many would assume that such an usual move could only only originate from the Oval Office itself, and not the room next door.

But as the file confirms, the order was given by General Haig to FBI Director Kelley over the phone on October 20th and rescinded on the 21st, with the express purpose of ensuring that “nothing leaves.” Although Haig’s FBI file doesn’t go into additional details, the order was evidently carried out and the offices sealed - while people were still working inside.

Len Colodny, one of the foremost Watergate experts and the man who had the 17,000 page FBI file on Watergate released, said that this perfectly fit with what was known about General Haig and his role in the Nixon administration. Colodny’s book on Watergate, Silent Coup, was one of the first publications to argue that Haig was the architect of the Saturday Night Massacre, a conclusion reached after extensive review of the testimony given by the individuals involved. Silent Coup went so far as to say that Haig tricked Nixon into the firings that would prove to be the deathblow to his Presidency.

According to the available testimony, Haig was at the center of the Saturday Night Massacre. He was the man in contact with everyone, and who delivered the successive orders and threats. Until now, however, this has relied entirely on testimony given after the fact. The FBI file provides contemporaneous government documentation of General Haig’s central role in the planning and execution of the Saturday Night Massacre, as well as the “cleanup” afterward. 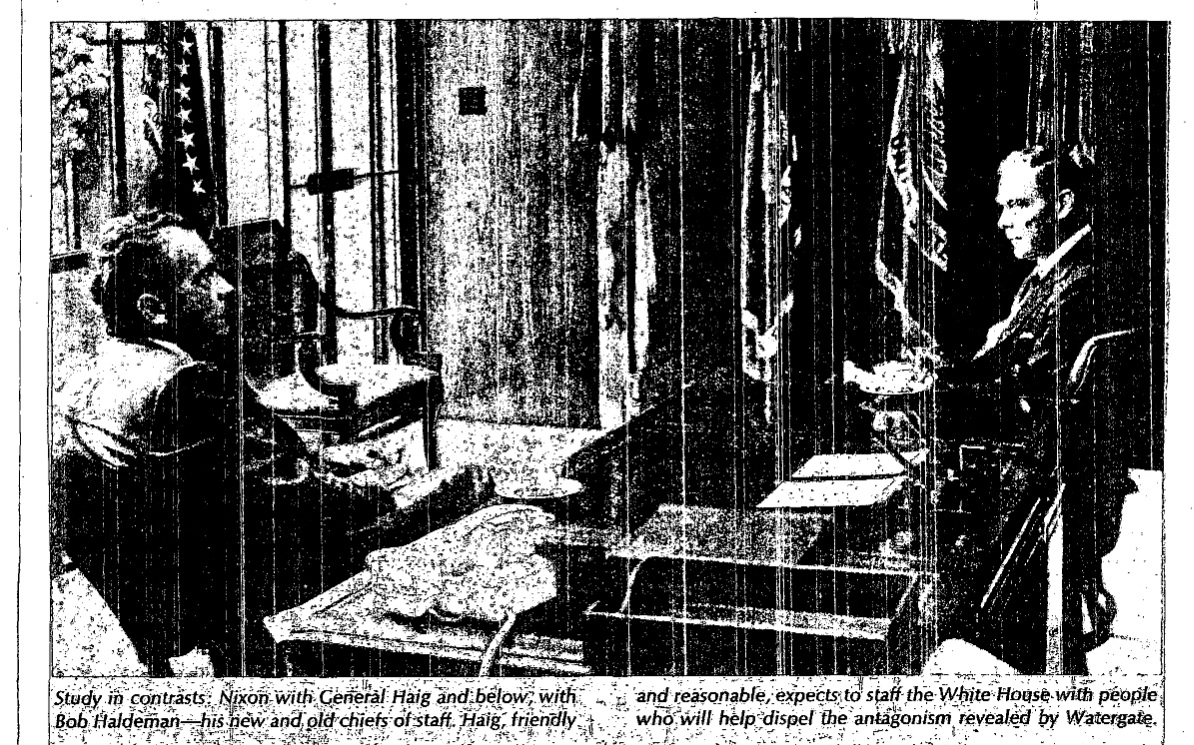 Many, including President Nixon, suspected that General Haig was involved in the Moorer-Radford Affair, also known as the “Pentagon spy ring” that was active at the time. He had selected several of the key players and was constantly involved in various backchannel communications. Authors such as Len Colodny have argued that Haig was, like President Nixon, trying to control the investigation and steer it away from himself. Unlike President Nixon, it seemed that Haig was successful. Haig’s personal order to the FBI Director to lock down the offices of the special prosecutor, Attorney General and Deputy Attorney and ensure that “nothing leaves” indicates that even after he manipulated Nixon into the Saturday Night Massacre, his main focus was on controlling the flow of information.

One of Haig’s FBI files is embedded below, and the rest can be read on the request page.