From the first mechanical counters to the first digital computers, the U.S. Census Bureau has been at the forefront of computing since the 19th Century. A decennial upgrade cycle means they’re operating on modern hardware, with their oldest active computer dating back to just 1999.

So what is the oldest active computer at the Census? It’s a Micron NetFrame NF2100, acquired by the agency in summer of 2000. This is not an exciting computer, it’s just a standard-issue enterprise server solution, a boring box.

Nothing out of the ordinary, and definitely not the oldest computer in government. Honestly, the best part of their response was the way they redacted everything except the model number of the computer itself. 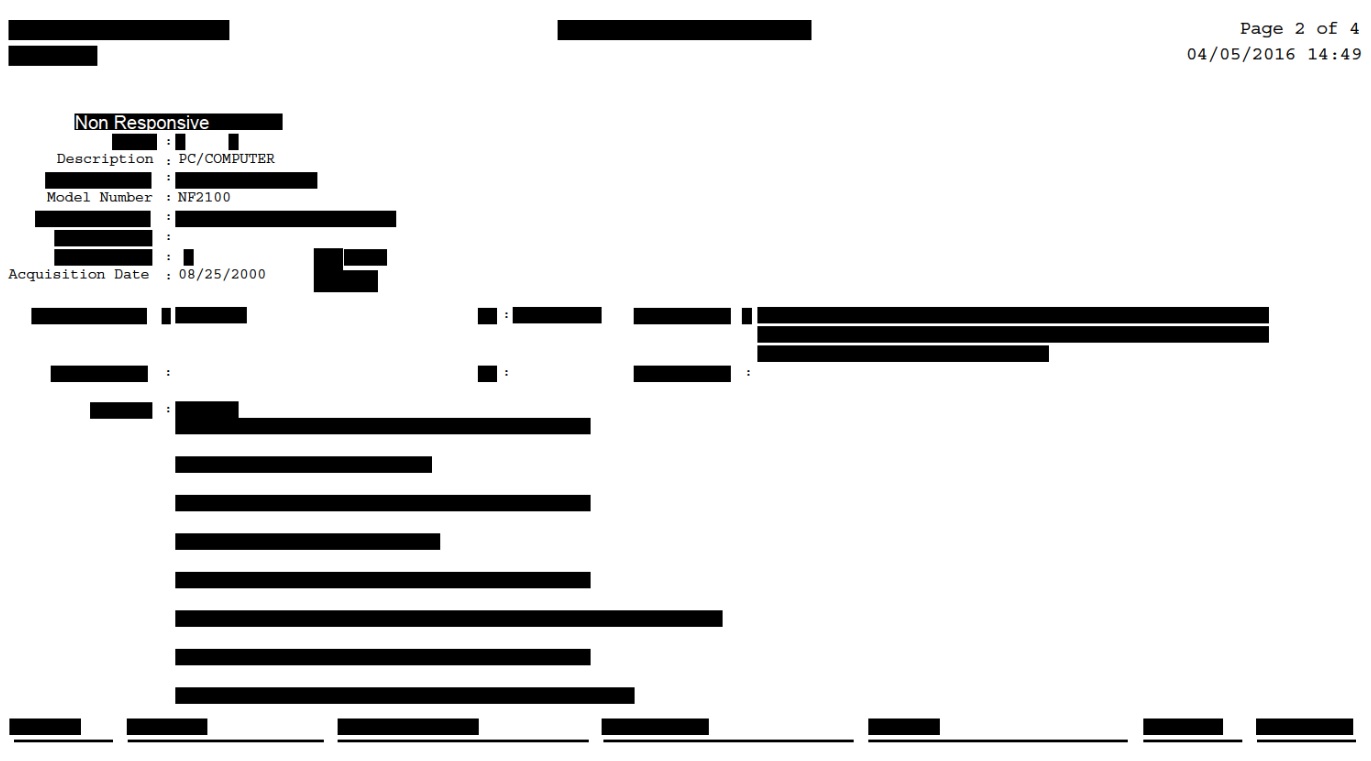 That being said, while it may not have it oldest computers, the Census Bureau definitely was the first to use them at all, starting at the end of the 19th century. Census Bureau employee Herman Hollerith won a patent for his “APPARATUS FOR COMPILING STATISTICS” in 1889. He started a company to manufacture this machine and subsequently won a contract to build tabulating machines for the 1890 census, the first census to be mechanically tabulated. 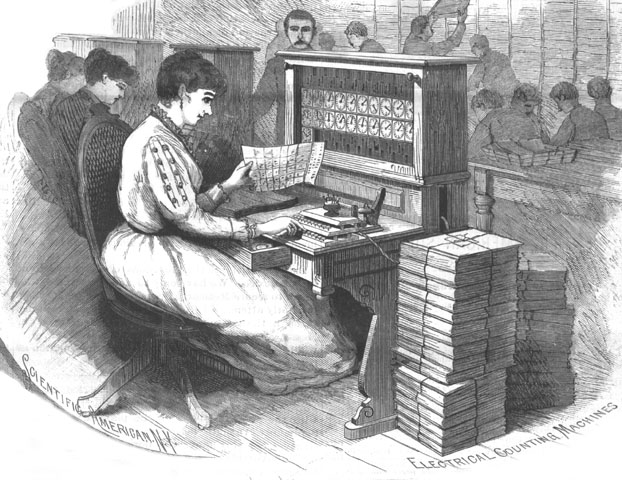 Values were represented by the locations of holes in punchcards and fed one-by-one to the machine. Hollerith continued to improve his design and added automatic card input and a keypunch in time for the 1900 census. Later, he would go on to combine his company with three others to form the Computing-Tabulating-Recording Company, renamed International Business Machines in 1924.

The Census was technologically forward thinking throughout the 20th century. In the late ‘40s the Census furthered the development of computing by commissioning the UNIVAC I, the first commercial computer. According to the Census website, “a contract for the [UNIVAC I] was signed by the Census Bureau on March 31, 1951, and […it] was soon used to tabulate part of the 1950 population census.” 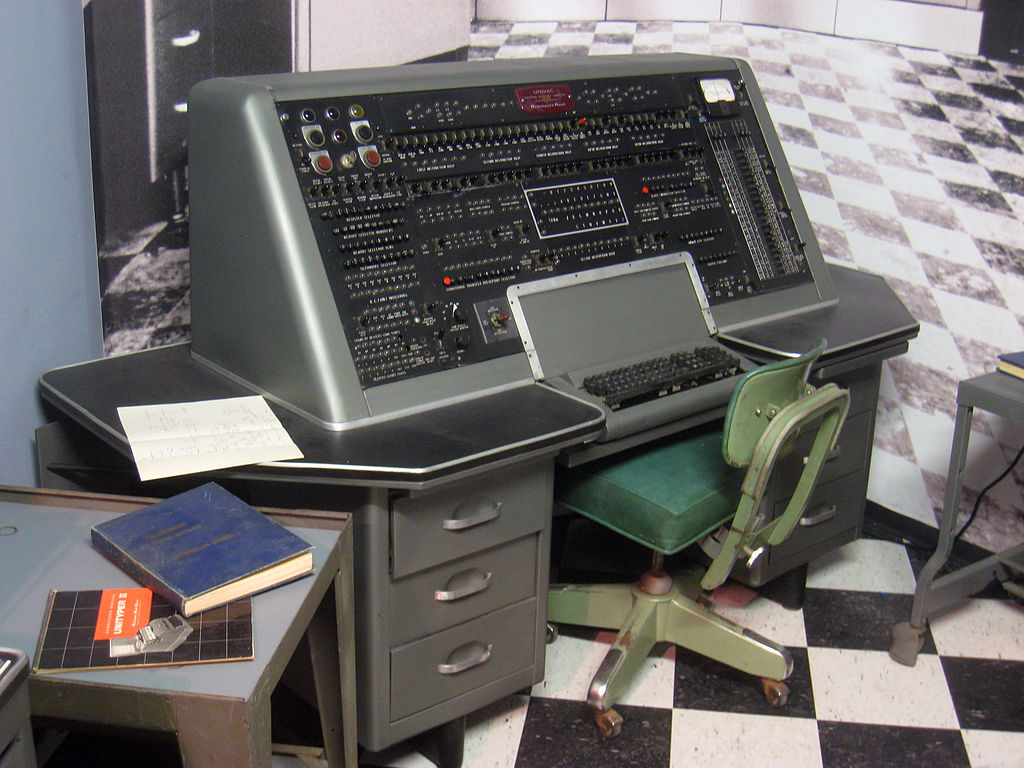 The 1960 census utilized an optical input system, FOSDIC, to remove the need for hand-punching cards. In 1985, the Census Bureau began to distribute its data via CD-ROM, the first federal agency to use the format. Data from the 1990 census was available online via DIALOG and CompuServe. Finally, data from the 2000 census was primarily distributed on the Internet.

Certainly the Census Bureau is in a position to be forward-facing. For almost a century the volume of data they handled required state-of-the-art machinery and their decennial cycle provided for consistent and steady upgrades. There’s also an incredible need for accuracy, since each state’s representation in Congress is based on the results of the census. There’s a rich history of technological development within the census, including the seeds of IBM and commercial computing. 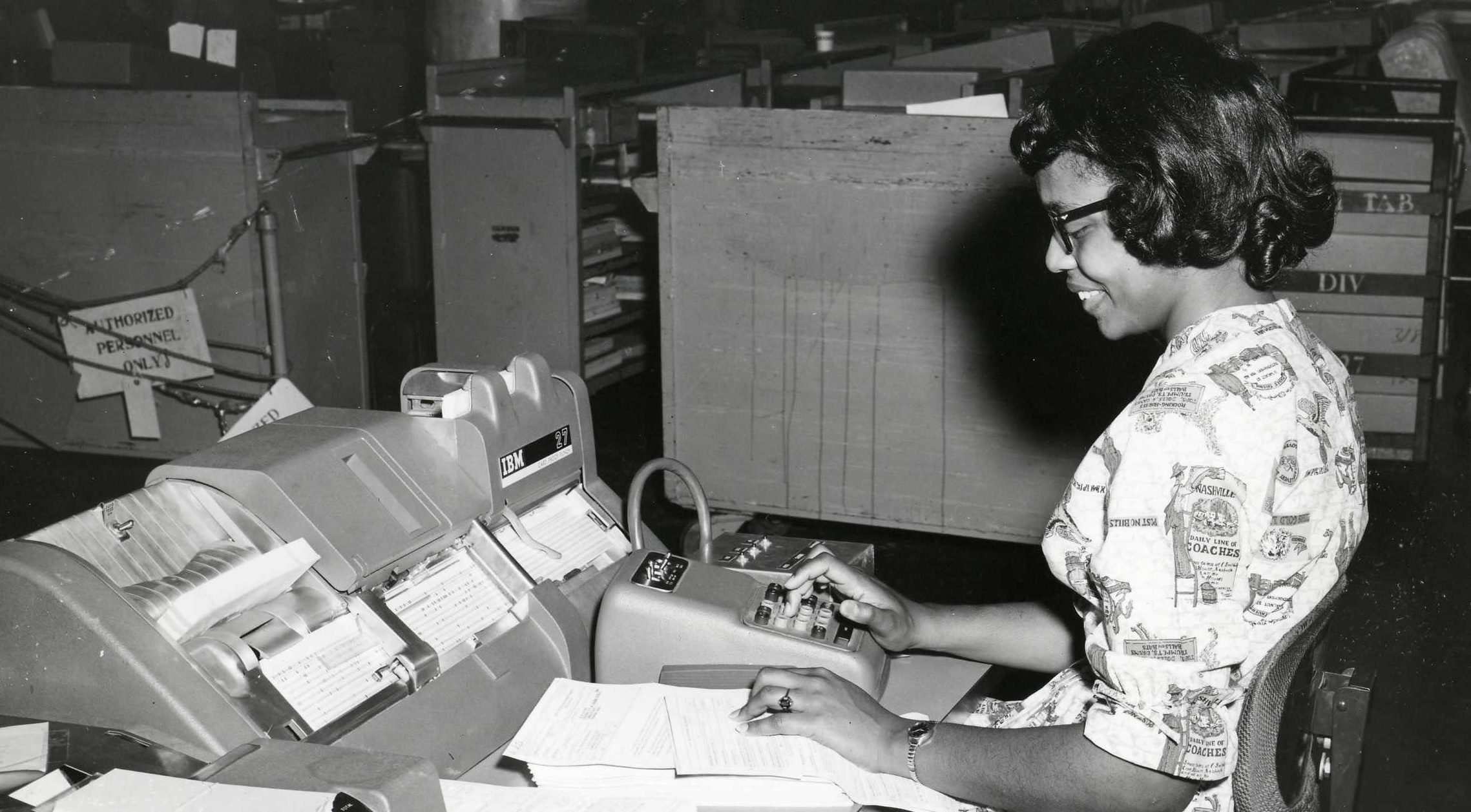 Thankfully, that history has moved out of active use and into museums, with more capable and modern machines taking up their work.

Allan Lasser sent this request to the U.S. Census Bureau of the United States of America

We need to talk about █████: JFK records and how arbitrary classification hurts democracy