The first project MuckRock launched was The Private Prison Project, which raised $4,000 and provided a foundation and framework for a year’s worth of strong, independent investigative reporting.

Since then, we’ve launched projects examining programs to counter violent extremism, hunting for the oldest computer in government, and archiving decades of FBI files on public figures. Now it’s your turn: we’re opening projects to everyone, so that any MuckRock user may create a project to tell public records stories. 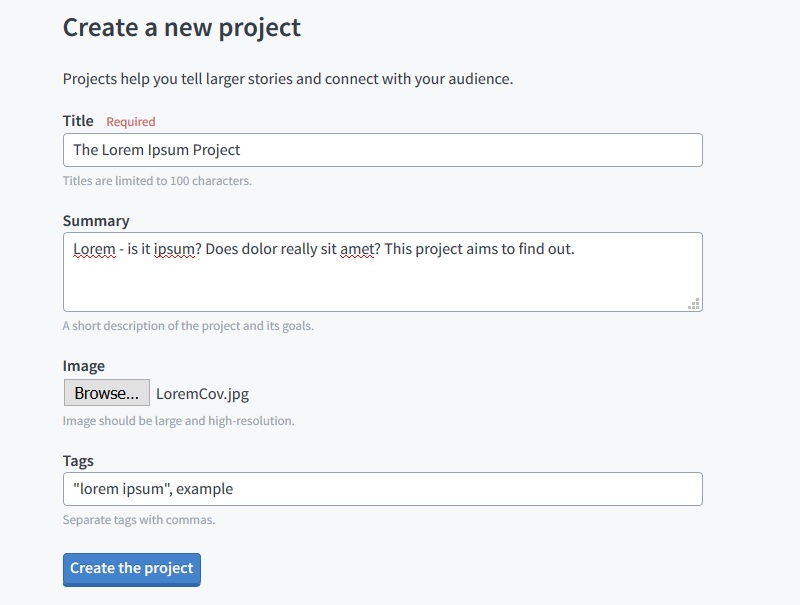 With a project a team of contributors can build a collection of requests to organize your research, tell the story of an ongoing investigation, build an authoritative archive, or launch a crowdsourcing campaign. All projects are started in private, and it’s up to you when to publish. 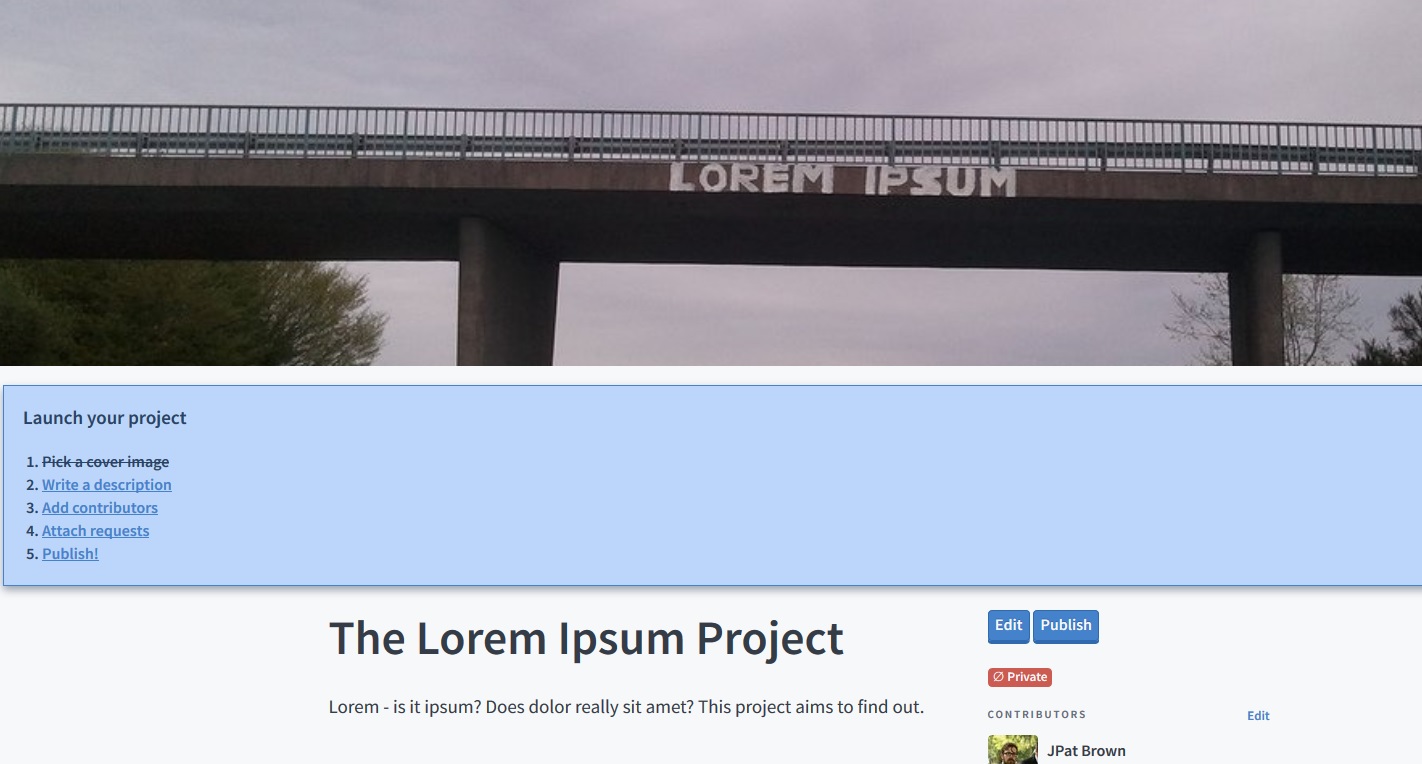 Before publishing, a MuckRock staff member will review what you have assembled and provide feedback. Once published, a project can support itself through one or many crowdfunding campaigns, setting any amount as a goal. We’re confident this will be an amazing tool for researchers, journalists, and activists to build narratives around public records and support their efforts.

After all, we’ve already been successful using it ourselves. Our experience has identified a few common project patterns: investigations, archives, and campaigns. 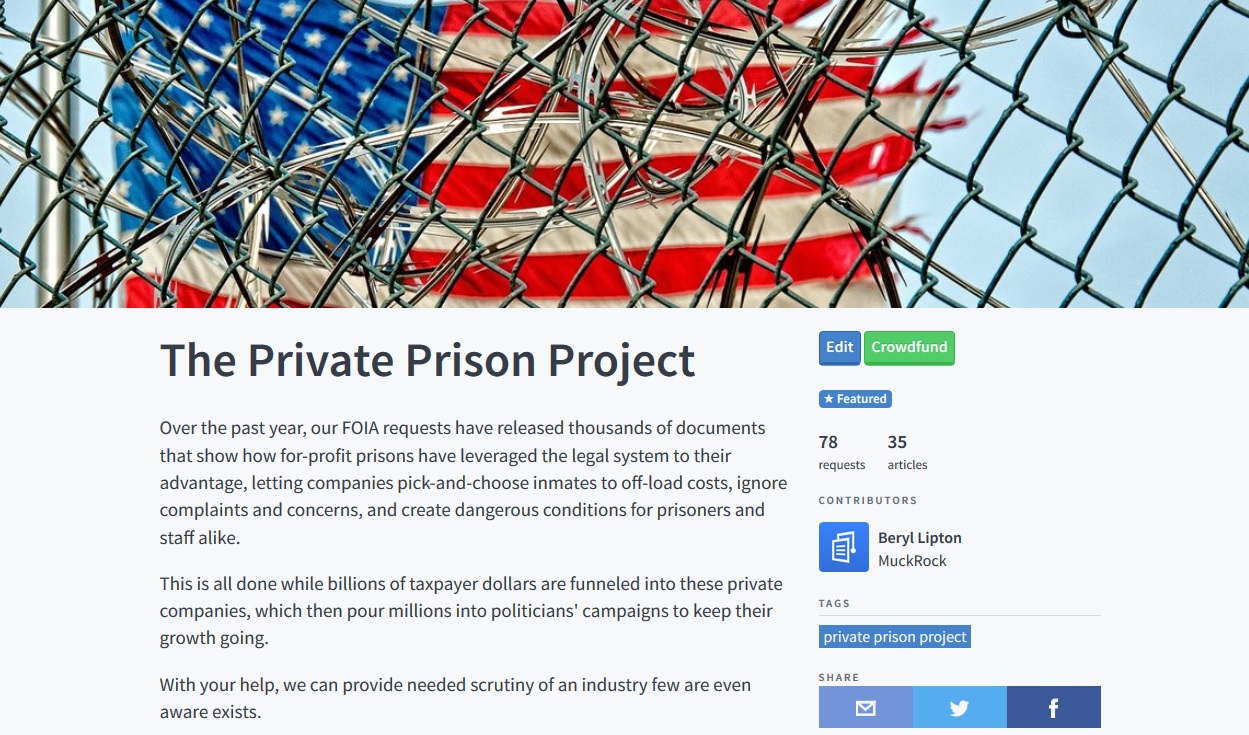 Investigations collect requests that form a specific inquiry into a topic, typically with some overarching narrative structure. Projects in this category start with an attempt to answer a large question and then take us along for the ride. 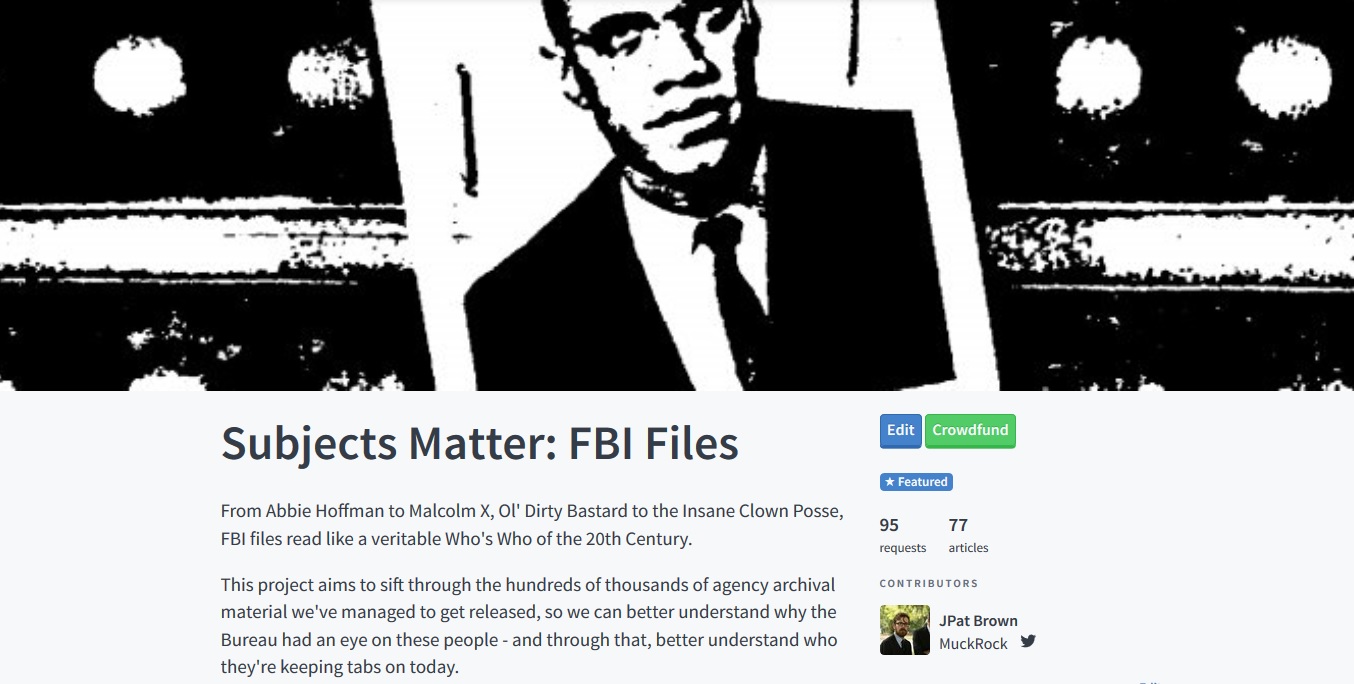 Archives are curated collections of requests that all share something in common, such as a single agency, document type, or both. These projects get built up over time as new requests are filed or completed and can provide a single access point to a breadth of information.

Campaigns broadcast a call to action, then collect and present the results. Large grouping of similar requests, either suggested by readers, or filed independently by users and then collected by the contributors.

But even though we know projects are great for these purposes, we’re sure there’s other uses that we haven’t even considered yet. As you start creating projects of your own, we’ll be paying attention. We’ll continue to build and shape projects in response to the uses you find and the feedback you provide. We’re incredibly excited to see what requests you collect and what stories you tell.

So what are you waiting for? Create a project today, or browse our existing projects to find inspiration.