In 2012, the FBI’s warrantless GPS tracking system went dark - after a Supreme Court ruling forbid the practice, an FBI lawyer stated that 3,000 units were turned off and pulled out of service.

After the program was declared illegal, I was curious where it had been running. I kept my request specific - if they felt like publishing individual sites would compromise investigations, then simply limit it to the cities and states that these devices were recalled from. And I wrote that if they had a list of devices being pulled during the shutdown, that would cover my request.

Nearly four years later, the agency has declared that most of the information I request is exempted under b7e, which covers law enforcement techniques and (b)(4), which covers trade secret.

Hundreds and hundreds of pages were redacted in full.

And then the FBI provided dozens of mostly redacted pages that I didn’t request, including presentations from the agency’s secretive Tracking Technology Unit, a department that is never mentioned on the FBI’s own website exempt in a few previously released FOIA documents. 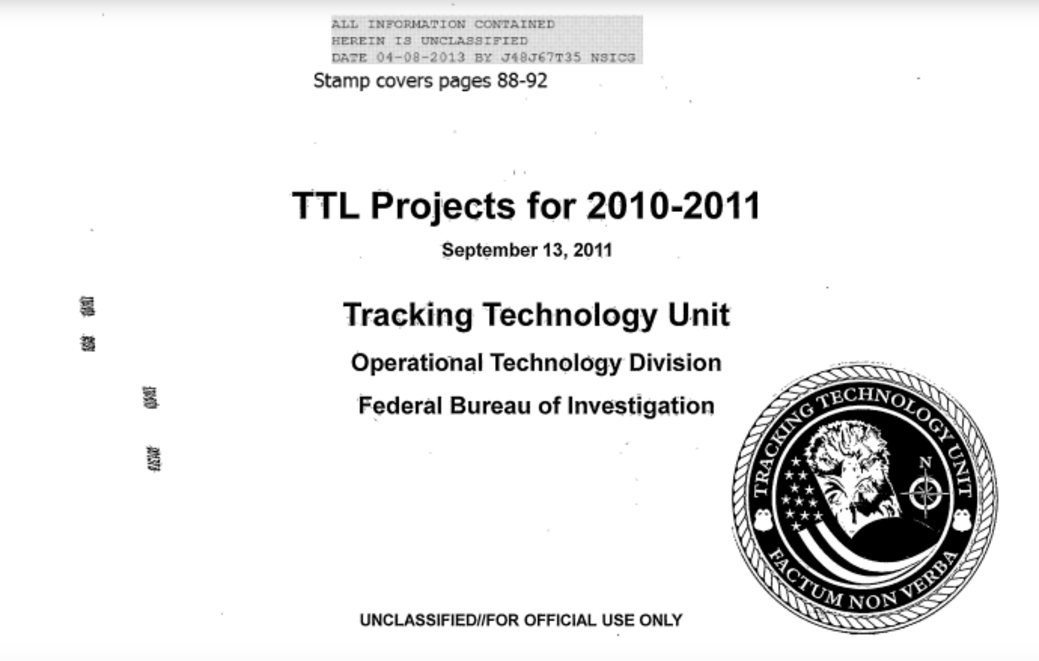 And snippets of out-of-context instruction manuals:

Definitely interesting, and definitely not what I asked for. 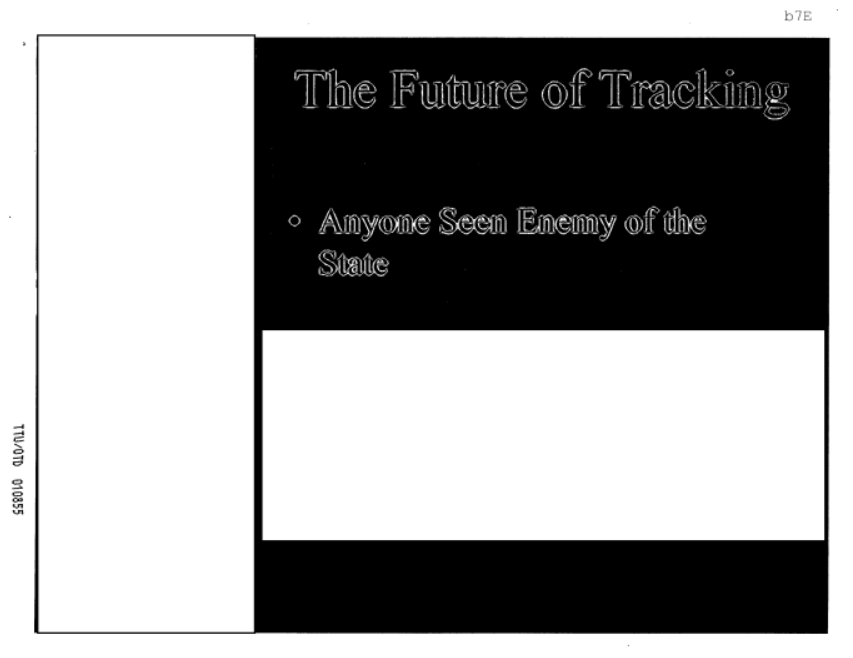 Instead, 509 pages of what may or may not be what I asked for, redacted in total.

One possible reason for the redactions is that, as Tim Cushing at Techdirt notes, in between when I filed my request and the many, many years that passed before it was completed, the program was largely re-implemented with more oversight.

But still, at some point, they pulled the plug on the tracking - but still won’t tell us even the general vicinity of where they were looking, or why. Which, as we saw with the ATF, can be for some very weird reasons.

One interesting side note is that we now know Tracking Technology Division’s motto, “Factum Non Verba,” which translates roughly into “Deeds, Not Words.” At least we know their FOIA team has taken that to heart.

One of the files the FBI did release has been embedded below, and the rest can be read on the request page.