After originally claiming to have no emails between his office and the Boston 2024 Organizing Committee, Mayor Marty Walsh staff have located an “attachment was left off of the City’s original response.”

The emails contained in this new release are all universally positive in tone, including a proposal for a Boston Olympics Hackathon,

a couple glowing comments left on the Mayor’s hotline, 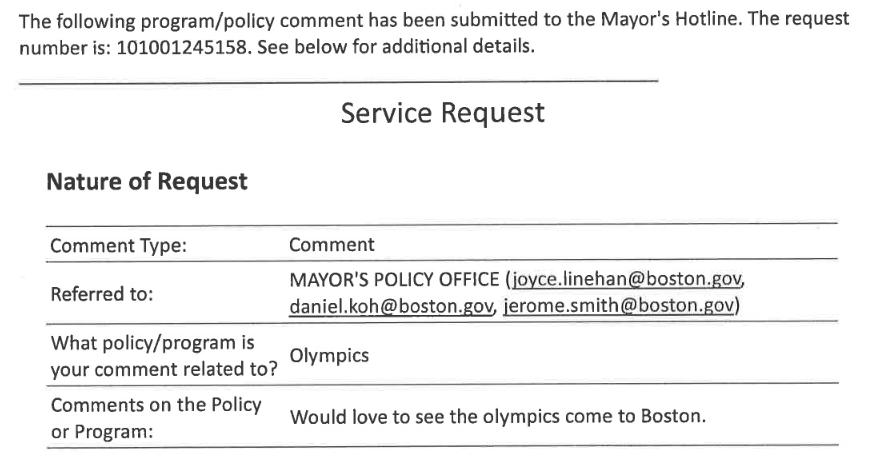 and, of particular interest, a draft of the Mayor’s speech to the US Olympic committee last December:

Read through the newly released documents on the request page, or embedded below:

Image by Whoisjohngalt via Wikimedia Commons

Anna Geary-Meyer sent this request to the Mayor's Office of Boston, MA

The FBI and the case of Charlie Chaplin’s stolen corpse