The wealth of human experience demands a descriptive variety. But, of course, there are some occasions where nuance is not appropriate, some situations in which flexibility of phrasing is counterproductive. And there are some places — like prisons — where a rose by any other name is still solitary confinement.

Each state has its own policies regarding this “situation,” which can occur for a variety of reasons. Typical examples are the prisoner who poses a risk to himself or to others, or the inmate who “refuses to be cooperative” - all other methods have been exhausted, and so they’re sent to a sort of “time out” until he’s learned to behave himself. Still others may need the “privacy” for their own safety - their crime a target on his back for the others to take aim at. Misconceptions about the use of segregation abound.

This variety of these purposes has resulted in a whole set of possible ways by which to refer to the experience of “segregated housing,” defined by the American Bar Association as “housing of a prisoner in conditions characterized by substantial isolation from other prisoners, whether pursuant to disciplinary, administrative, or classification action.”

For starters, a prisoner, removed from the general population, depending on where this occurred, may be considered to be in:

This is by no means an exhaustive list, but it begins to illustrate another one of those administrative snafus that arise when we try to talk about the workings on the American criminal justice system. Discussion is made more difficult by the sheer difference in language used.

MuckRock has requested the “segregation” policies from every State Department of Corrections. This is just a start. In some places, like Oregon, we’ve been directed to ask each individual facility, because each one has its own policies. Alaska, arguably the most isolated of the states, has rejected our request on the grounds that it would pose a security threat. And, though many are available online, the problem remains that the stated policies don’t necessarily reflect the ways that solitary confinement are used in practice, which is also the case in jails, immigration detention centers, and privately-run facilities.

So while the United States may officially claim that there is “no systematic use of solitary confinement in the United States,” the system also doesn’t provide a clear way of discussing and debating that claim.

Interested in the policies of a correctional facility near you? Reach out at info@muckrock.com, and we’ll help you start looking into how segregation is used at your local jail or prison. 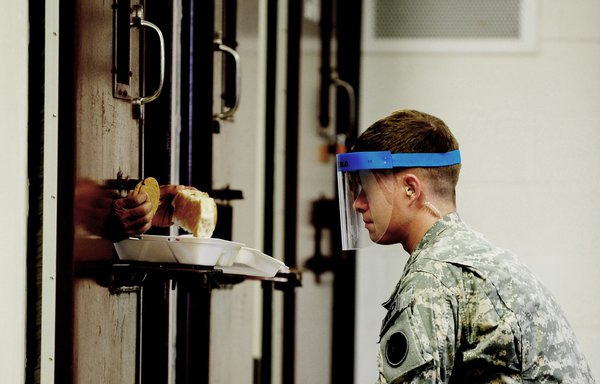 Beryl Lipton sent this request to the Department of Correction of New York City, NY

Beryl Lipton sent this request to the D.C. Department of Corrections of District of Columbia