Former Washington Post executive editor Ben Bradlee’s role in covering some of the biggest stories of the 20th century - most notably Watergate - has made him a legend in the industry. It also earned him the ire of several figures in government, including FBI director J. Edgar Hoover, who felt he was “a colossal liar.”

FBI files obtained by MuckRock co-founder Michael Morisy late last month show that this wasn’t always the case. A background investigation clearing him for a potential role in the state-sponsored Voice of America broadcast is rife with praise, portraying him as a young man of considerable integrity. 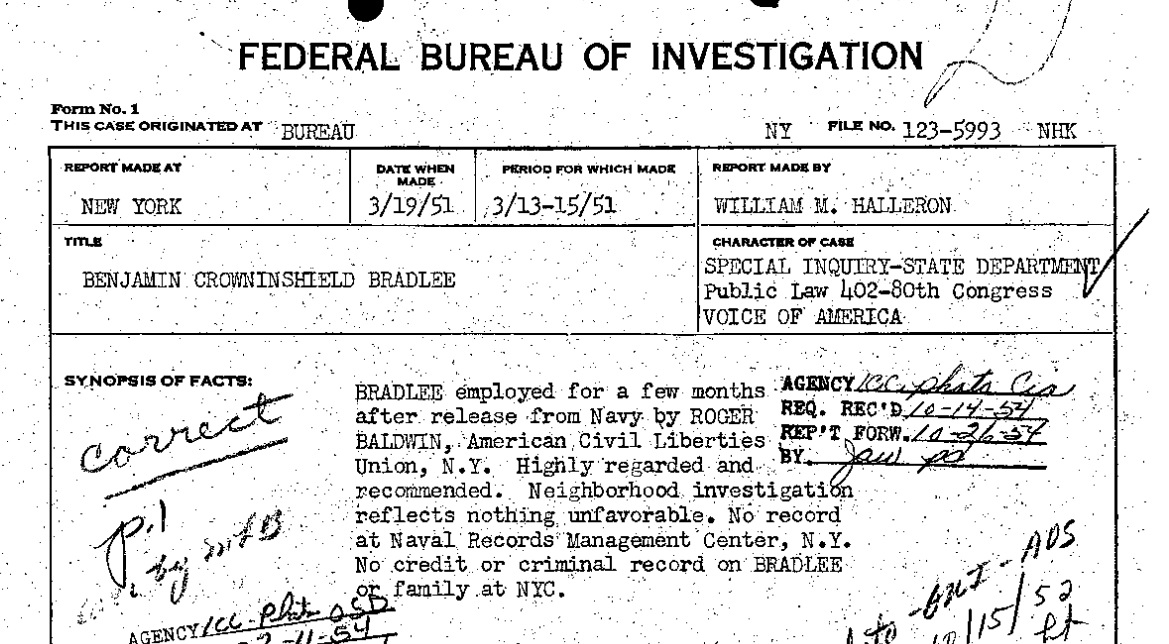 It was that integrity that appeared to sow the seeds of future conflict - the bureau considered, and then ultimately rejected, Bradlee for their DESCO (Development of Select Contact) program, which would have him the FBI’s inside man in the media. Concerns that he could not be “successfully operated” made him an unsuitable candidate. 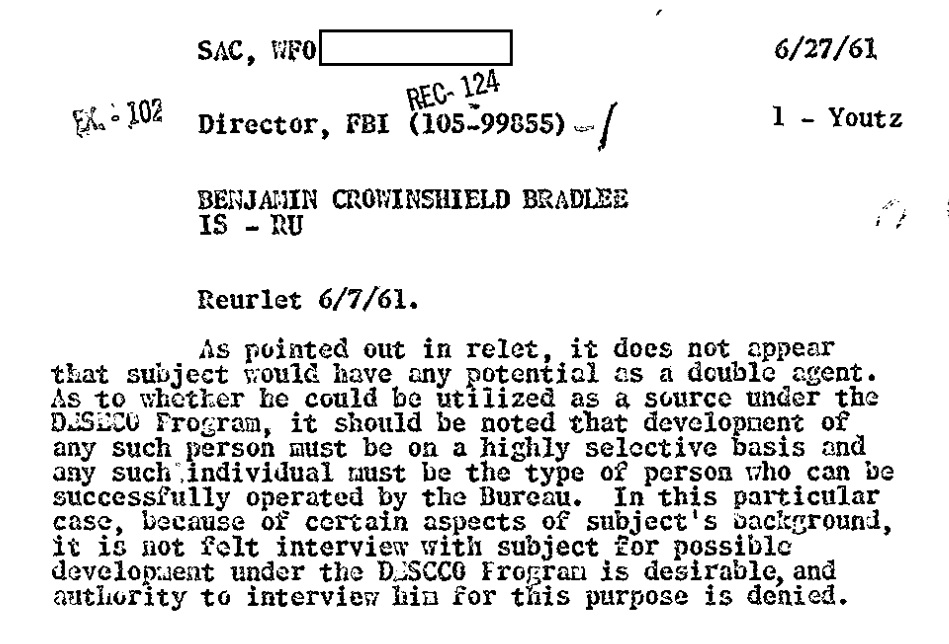 The “generally friendly” relations between Bradlee and the FBI were permanently strained, if not completely broken, in 1964, when Newsweek printed a cover story critical of Hoover. Bradlee, who had significantly contributed to the piece, had previously assured Hoover that it wasn’t going to be “a hatchet job,” but rather an objective overview for the director’s upcoming 70th birthday. 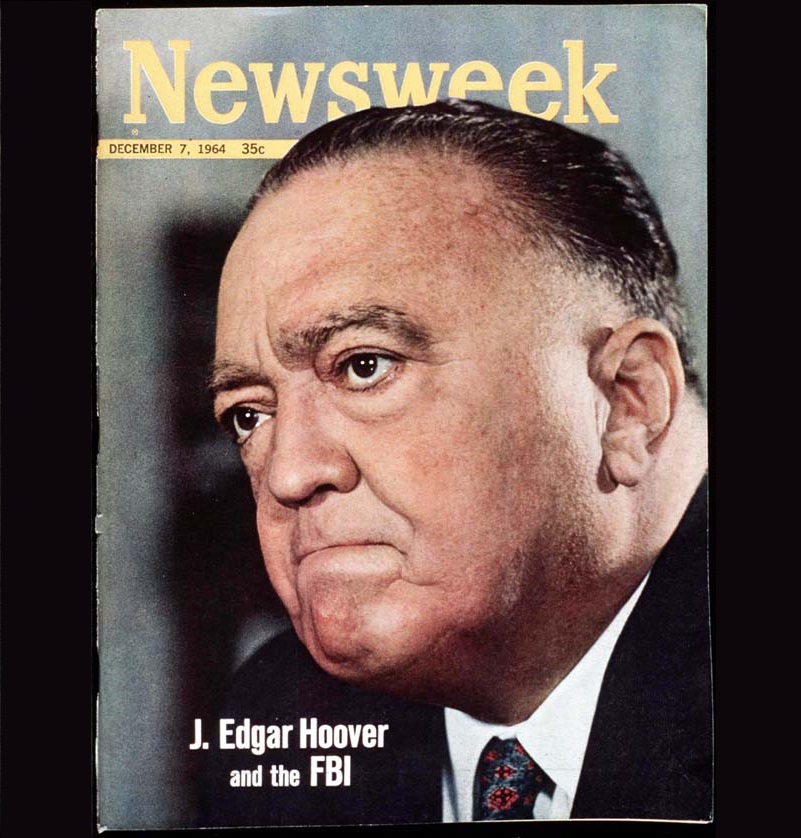 To put it mildly, Hoover disagreed.

And when it was announced that Bradlee would be departing Newsweek for The Washington Post, Hoover uttered what were perhaps the most terrifying words to hear in Washington during Hoover’s nearly 50 years in power “What do we know of Bradley?” 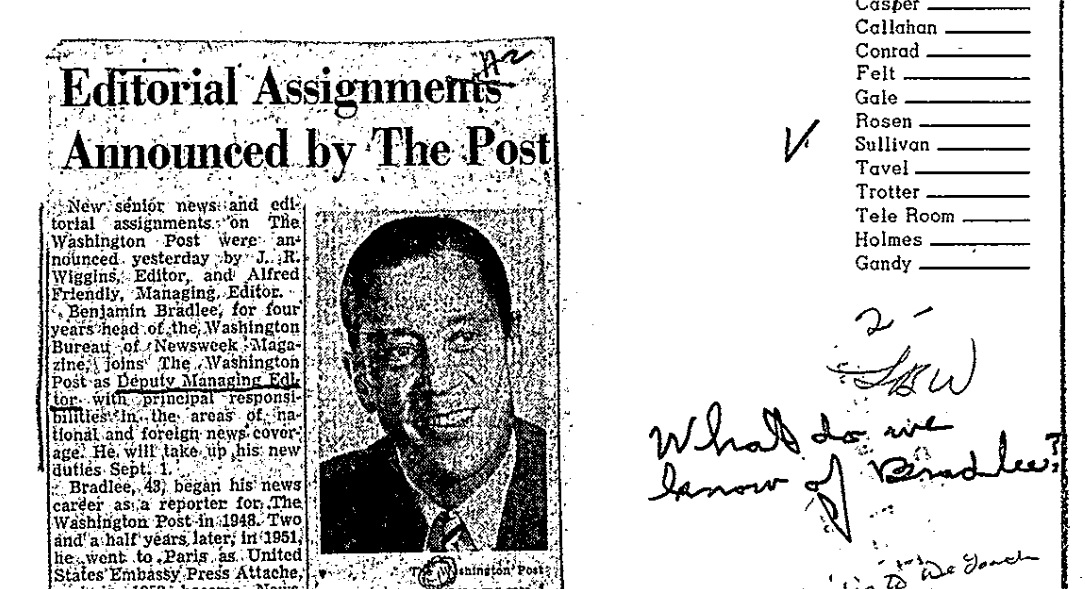 Hoover made it clear that Bradlee - and therefore, the Post - was to be considered a persona non grata as far as the agency was concerned, leaving a handwritten note that agents “were not to answer any inquiries he may make.”

To add insult to an injured relationship, Hoover later discovered that Bradlee had been circulating around Washington comments made in confidence regarding the Rev. Martin Luther King, Jr. - comments which, despite being half a century old, are still redacted for privacy and national security reasons.

Almost a decade later in 1973, with Bradlee settled into the editorship at the Post, Watergate come and gone, and Hoover now a year dead, Bradlee and the bureau appeared to be heading towards some form of reconciliation. After Bradlee reigned in an overly enthusiastic reporter who was potentially compromising a kidnapping case, Bradlee reached out, expressing remorse at the general lack of trust between the media and law enforcement.

To director Clarence M. Kelley’s credit, he seemed willing to take this olive branch, and concluded his summary with genuinely admirable sentiment we still hope holds true for the bureau today.

“I think we have a right to honest reporting from even those papers critical of law enforcement, and if we make no gesture to reconcile past differences, we have little basis for smoothing out prior unfavorable relationships.” 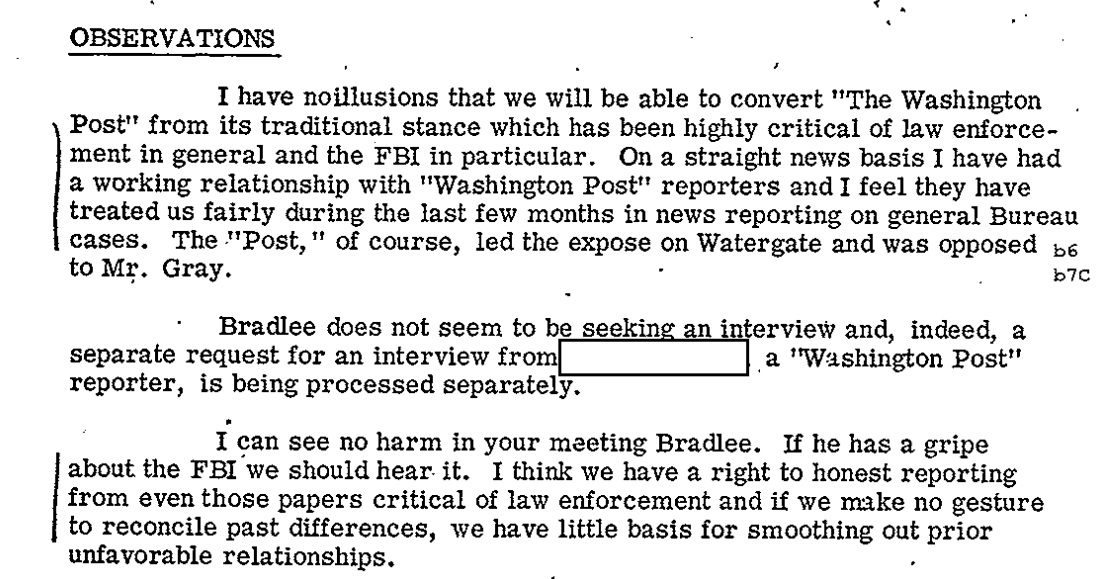 Read through the full file on the request page, or embedded below:

Image by Miguel Ariel Contreras Drake-McLaughlin via Wikimedia Commons and is licensed under CC BY 2.0