The MuckRock 50 States of FOIA Project aims to shed light on what it’s   like to work with public records around the U.S., through the voices of  requesters state by state. This time, we focus on the state of California. MuckRock spoke with Amy Julia Harris of the Center for Investigative Reporting, who used FOIA extensively in the Subsidized Squalor Project, her investigation of neglect and mismanagement rampant in one of California’s worst public housing agencies.

I’m an investigative reporter for the Center of Investigative Reporting, I cover housing and development. 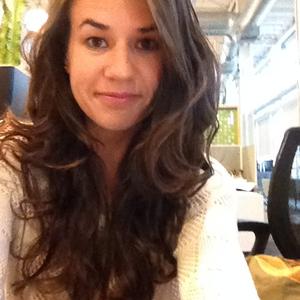 I first started using FOIA when I had an internship at the Seattle Times right after I graduated from college. I was working on a story on the amount of Marijuana on tribal land. Getting information there was about chatting up different members of law enforcement, and at first there was a lot of general information, but no specifics. I wanted hard numbers, so I filed one of my first FOIA requests to get granular information that sometimes contradicted what the cops had said. It was a revelatory thing in the beginning, but now I use it for every major story that I write.

Was it difficult at first to make requests?

I got the first requests I did pretty easily. At that point when you’re doing daily news, you can talk to different people regularly and get the information you need to make a better request. Some of my initial requests were possible because a source would tell me what something was called, so I could then ask for it. Some of the issues I’ve had later, like at this job, have come about when requesting larger data sets, or information that’s a little buried that requires really specific language.

Can you speak to how you use FOIA now?

There’s actually a rule at CIR that you can’t write a story unless you have a document to support it. In other words, just because someone said it, doesn’t mean you can publish it. But that makes the standard for requesting documents really high. Every sentence, very fact has to be backed up basically. FOIA is key to what I do now.

Do you think the mainstream media uses FOIA and public records enough?

Well if you’re doing daily news, you can’t use a FOIA for every story. But one of my initial editors said once that you should have multiple stories a week that rely on FOIA documents, so that you can have a good stream of feature stories almost every day. Sometimes reporters don’t use it enough if a really good source will just leak you information. But in my experience I’m usually investigating agencies that don’t want me to see anything they have, so then of course we use FOIA.

Focusing in on something like the Subsidized Squalor project, how was working with the agencies you dealt with?

I took two paths for that project. We got a lot of information from HUD (Housing and Urban Development) Region 9, and I formed a pretty good relationship with all of their specialists. At the beginning they were a little resistant, saying “Oh you’re filing too many requests,” being overly burdensome, clogging things up. We just had to keep pushing, loading them up with requests and not feeling guilty about that. After doing that for several months it got to the point where they knew I wasn’t going away, they would start to give up some information without too much of a fight. A key lesson I think I learned from them was that there’s really juicy stuff they’ll tell you doesn’t exist, and it’s not until you file a real FOIA and really push back that you’ll get what you want.

Working with HUD was not a horrible process. Working with the city of Richmond (the housing authority that I was investigating), because they don’t have a public information officer, I would have to send my requests directly to the head of the agency. I would just get blown off. This was something where getting a pretty good relationship with the city’s attorney would help, because she would then put pressure on the agencies for the records. If you have someone who’s kind of on your side as a third party it helps a lot. But even then we’d get only some of what we asked for, and only if we really really pushed for what we wanted would we get what we asked for.

Does California have an FOI Board or an intermediary that helps people file FOIA requests? What’s the appeals process like there?

No. You can go through the attorney general or another lawyer to help get some leverage for the documents. In terms of an appeals process, you pretty much just have to go to court. What happened to me was that I had requested some personnel records for someone who was under investigation or probation, and the agency pushed back. There’s not really a formal appeals process, and it’s basically “you can sue us if you really want to.” Then you just take it to court and see what happens there.

How did you tailor your requests when you were working on the Subsidized Squalor Project?

Framing the project was one of the hardest parts, setting the boundaries on it. The way that I started was by asking for something more universal, i.e. “What are the worst housing authorities in California in general.”

I started out by going to HUD, and HUD had FOIA’s asking general questions like how many housing authorities are there in the United States and what are the worst ones. That was the general framework question, and they didn’t give me very detailed information. I had to push back further, asking for a specific list of housing authorities, and then scorecards for each one. We then wanted to know not just that these housing authorities were bad but why  and what qualified them as ‘bad.’ Once you start asking all of those questions and peeling it back you start seeing the underlying documents. For example, I read a HUD manual on how they rank these housing authorities and all of the documents they use. I was able to craft a pretty extensive list of small, incremental FOIA requests, and started using all of those pieces of information to get a framework. From there, when I wanted more granular data I would say, “This doesn’t make sense,” about a particular document, and request all of the underlying audits and auditor notes of went into the making of a report. It’s only when you’re at that very low level, when you have the notes and emails of the auditor that go into making the report, when you get all the good stuff.

How long did the project take overall?

This took a long time. For the first story, which came out in February, I had been working on it for about six or seven months before we published.

That’s actually the problem I’m having with HUD headquarters right now, is that I filed maybe nine months ago and people haven’t said anything yet. What has been useful is actually trying to work not with headquarters at all, but with a specific region which are sometimes a little more lax. With them you might not have to go through the whole bureaucratic process. I was able to expedite it in that way. Even though seven months isn’t exactly quick, it’s better than nothing.

Any advice for first time filers or others new to the FOIA process?

Learning the jargon of the agency you’re working with is really important. I learned all of the jargon that HUD uses, so now I can ask for the specific reports I want. I’ve learned it’s much better to hold off on a records requests for another week to really talk to everyone, learn what everything is called. In the long run, it saves you a lot of time.

MuckRock paired with Spare Change News and the CIJ for a similar investigation into public housing mismanagment in Massachusetts - you can read that here.