David Jackson’s investigations for the Chicago Tribune cover topics from real estate and elder care to youth policies and coal mining. Jackson received the Pulitzer for public service in 1999 as part of a Washington Post reporting team covering police shootings in DC. In this week’s Requester’s Voice, Jackson stresses the importance of learning from unsuccessful requests and doing your legwork before submitting a FOIA. 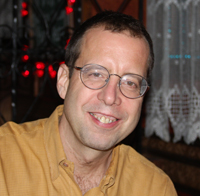 What was your first request, and how did it go?

I don’t remember. I’ve been a professional journalist for 25 years and I don’t have a specific memory of my first request. I do know that obviously it was way pre-internet. So it involved getting a hard copy of the law and reading it.

What about a favorite request?

I guess one of my favorites was also one of my least successful. In 1999 I filed a FOIA for the city of Chicago’s school attendance database.

I knew that the database would contain information that could be sensitive and personally identifying: names, addresses, names of families, phone numbers, etc. So I tried to construct a FOIA that would not compromise the privacy of individual children by working with officials from the public school system.

School officials were on board with the project, but the legal department was not.

After I was denied we fought a FOIA battle all the way up to the Illinois Supreme Court, which upheld the denial with an opinion that very strongly underscored the profound privacy rights of kids.

It was a really interesting experience for me.

I call it one of my favorites even though it was unsuccessful because I learned so much about the reasons that FOIA officers can deny things. It brought me a lot of respect for the position that government officials are in, and why they’re forced to make denials.

I try as hard as possible to understand what documents might be gettable. And there’s two basic prongs to that.

First, I try to research the law to see what documents the law requires government agencies to keep. That’s done through internet searches and reading the annotated general statutes of the state or agency that I’m looking at, and other informal ways like sources.

The second prong, which is very important, is I try to reach out through a telephone call to the FOIA officers — or to a key officer at the agency — and I try to tell them that I’m going to submit a FOIA and what I’m looking for. I engage them, if possible, in a conversation about whether they think the request is doable.

I try to get a concrete picture of really what’s entailed on their end in producing the records. Is it pulling records out of storage? Is it copying and redacting thousands of pages? Does it mean just pulling electronic data from one database or several data platforms?

I try to find ways to avoid the burden on the part of the government agencies.

I ask if they have suggestions that would expedite the release and I consider whatever points they make.

If the records are really difficult to gather and I’m not sure how useful they’ll be I try to tailor my request and limit its scope. And if I can I volunteer to collaborate in order to ease the load. I’ll ask, “Can I come over to your office and look through the records and we can decide what I need?” Very often agencies are amenable to that.

How often do you file public records requests?

I would say on average once a day. I’m doing one project right now where we’ve filed probably 200 FOIAs. It’s not like we do one every day on a different topic, but depending on the projects we average out to 300 or so every year.

What tips and tricks can you offer first time filers?

My advice for first time filers is, first of all, make sure you’re filing with the right person. Do that by calling or emailing first and say, “I want to send a FOIA and I want to make sure I’ve got the right office.”

For example, if you’re filing for police records, do you file with the records division or the chief of police? Is it easy to do online? So that’s the first thing…

The second thing is I would make sure that you bird-dog your requests. So follow up with a polite email or phone call after the time period for a response has expired to confirm that they received your request and see if there’s any problem.

Also try to resolve upfront whether there’s going to be fees involved. If so, include a request for a fee waiver and include a note instructing the agency not to generate a response that costs more that whatever you’re willing to pay. Set a threshold.

Where do you think FOIA shines as a media tool and where is it more lackluster?

I think FOIA laws are getting increasingly used and relied on by government agencies and it has become a normal way to request records that 20 years ago you used to be able to just walk into the front door and ask for. It’s becoming increasingly legalized and complex as a process, unfortunately.

I also think that various states are experimenting with ways to implement an administrative review process. In my personal experience those can be slow and cumbersome. But I think that’s the trend.

What do you think will bring about meaningful policy level change in freedom of information? When will it stop being a game and become meaningful openness for the citizenry?

I don’t think it will ever change in that regard. I wouldn’t call it a game. I think agencies and agency bureaucrats and officials do have a public burden of their own. They’re spending time and money and tax payer dollars to respond to requests. They are also having to deal with questions about privacy and the ability of government officials to conduct their deliberations. Those are real issues.

I don’t think there’s going to be any change in that landscape and I don’t think there is any legal silver bullet that will answer the questions of privacy and burden and cost. The need for government officials to conduct some deliberations in a free flowing way will always remain with us in capitalist democracy.