A series of documents from the May 30 event, disclosed to MuckRock in response to a Freedom of Information Act request, describe the purpose of the facility, billed as a boon for the country’s cyber security and Utah’s economy. 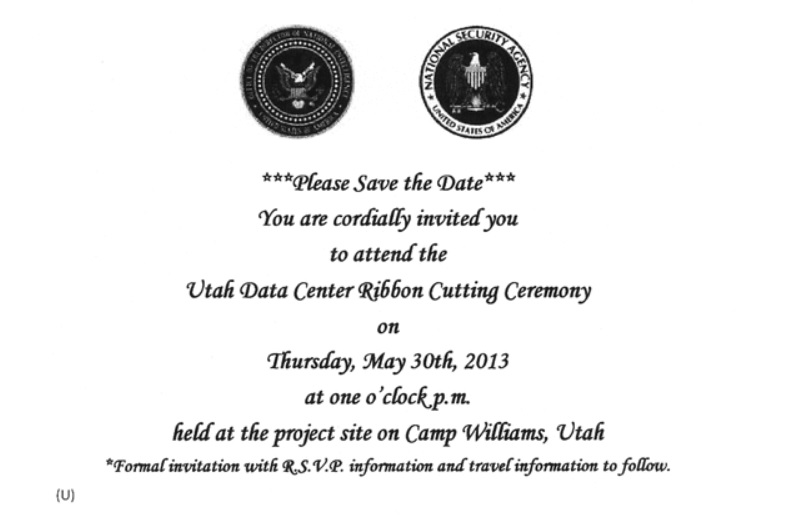 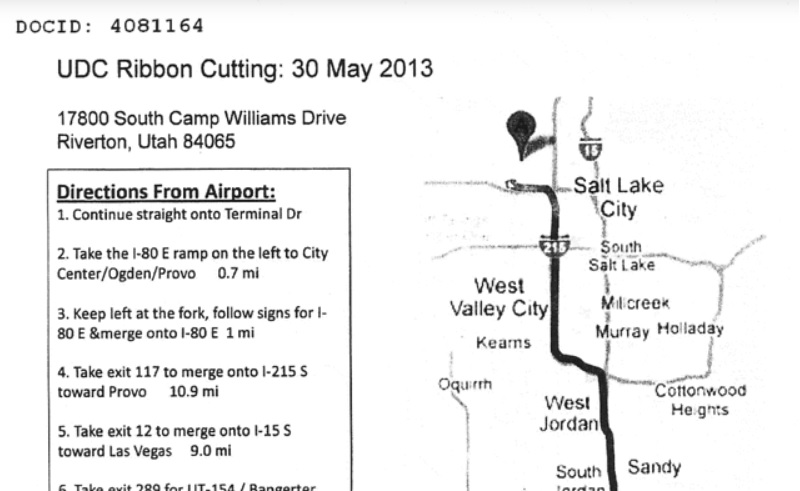 “This new data center will add important capabilities to the Intelligence Community so that agencies can exercise their lawful authorities, subject to the appropriate oversight, to protect national security networks,” the invitation reads. The emphasis on legality and oversight is echoed throughout the documents.

Hatch spoke about the “importance of this project from a national level, [its] relation to Cybersecurity and the impact of the NSA job,” based on “the senator’s experience as a member of the Senate Select Committee on Intelligence,” according to the event program.

The agency redacted the identities of legislative staffers, as well as the names and job titles of nearly every other guest, citing a portion of the 1959 National Security Act that provides no law shall require the disclosure of the functions or activities of the NSA.

The list does show, however, that several employees of the University of Utah attended the event, as did a local FBI employee and half a dozen guests whose affiliations are listed only as “JV,” a common abbreviation for joint venture.

Read the complete ribbon cutting ceremony program embedded below, or on the request page.