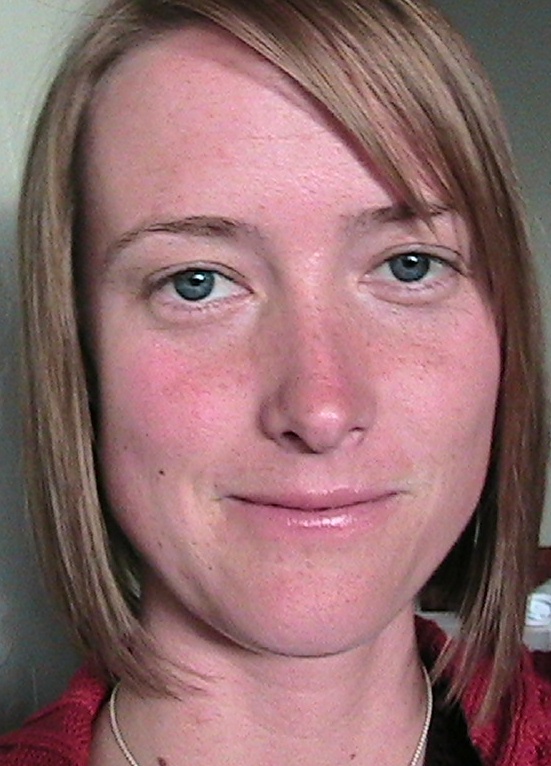 Brooke Williams is an investigative reporter currently working out of the Edmond J. Safra Center for Ethics at Harvard University. Previously, she worked at the Center for Public Integrity, the San Diego Union-Tribune, and Investigative Newsource. Brooke’s current work focuses on private funding of think tanks and their impact on public policy. In this week’s Requester’s Voice, Williams argues that a culture shift in government openness is more important than a policy change, and shares some stories from her FOI past.

What was your first public records request?

My first request ever was when I was in journalism school at University of Missouri, so the late 90s. As part of Sunshine Week, my program sent journalism students out to file a request.

Mine was for a police report, and they wouldn’t give it to me. I remember standing in the waiting room at the police station with the bulletproof glass — a copy of the Missouri public records law in hand — and demanding: “This is a public record!”

I went back and tried again, but eventually I had other assignments and classes and I let it go. Fast forward a few years and I don’t let it go anymore.

My first request as a professional journalist was at the Center for Public Integrity around 2004. I was a part of the team that worked on the Windfalls of War project. We requested defense contracts for ‘reconstruction work’ in Iraq and Afghanistan. We fought with the Department of Defense for more than a year over some heavily redacted documents — and eventually won — but some of them were almost completely redacted.

Fun tidbit: One of the companies whose records were almost completely redacted wound up being MZM, the company connected to the Duke Cunningham bribery scandal.

How about a favorite request?

I love requesting emails and communications.

When I was at the San Diego Union-Tribune, I was well known at city hall for requesting communications — so you think they would’ve realized…

Anyway, in La Jolla Cove there’s an area that used to be a children’s play area that had been taken over by seals some time ago. Some of the residents wanted to be able to swim there again, and other residents said, “No this is where the seals live now, this is their home.”

The former group ended up temporarily winning, and so the city had to come up with a plan to get the seals to go away. Their plan was to bring a speaker down to La Jolla Cove and play the sound of barking dogs to scare the seals away.

So the question became: How loud are these dogs going to be?The environmental reporter had tried to find out to no avail. So I filed a public records act for communications. And the return was hilarious.

An email between the public official and the communications director answering questions sent by our environmental reporter said the system would be loud, up to 109 dB and would be adjusted accordingly during use. The communications director then sent our reporter an answer partially crafted by a former Union-Tribune columnist who worked at the agency, but which did not include the specific dB levels. [Note: You can read the internal exchange here.]

My other favorite request resulted in an “Employees Only” gate being put up at city hall.

What tips and tactics have you found useful in your career in public records that might benefit a novice?

I would read the entire law so that you can truly digest what your rights are. Being able to speak about the law with authority helps put you in a position in which you’re more likely to get the records.

The second thing I would do is ask reporters who have dealt with these agencies just how open they are. Find out if there’s someone in the agency who is more devoted to government openness or someone who’s not. Get a sense of who to call or if you’re going to be entering a fight to begin with.

One last thing. If you can avoid filing a request at all, do it. When you go to talk with an agency about records sometimes you just have to ask and they’ll give you the records.

What are you working on right now?

Almost all of them receive money from corporations and from foreign governments as well as foundations and individuals. In an effort to understand how they’re interacting with federal agencies I’m requesting communications from these think tanks to all sorts of federal agencies.

This matters because of the money that thinks tanks receive from companies that have a fiduciary duty to make money and foreign government that have the interest of their public in mind.

So who is paying the think tanks is important and right now it’s very hard to find out any of that information.

What do think needs to happen on a policy level for more openness to occur from government agencies?

So how do you change an individual’s dedication to open government, to serving the public, versus dedication to helping their own team, office, colleagues, boss to not look bad.

I want to be optimistic, but I can’t imagine a policy that would require those individuals who are making these decisions to release the public records.

There are many dedicated people — I would say at every public office — and finding them can be truly amazing.

Finding a way to change the culture in government offices rather than the policy would be my hope. But in the meantime, find those few individuals who are dedicated.