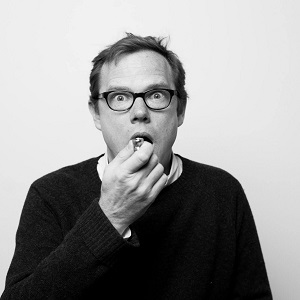 John Cook is editor of Gawker.com. Alongside the New York Civil Liberties Union he’s currently in litigation with the Nassau County Police Department over documents regarding Bill O’Reilly’s wife and her affair with a Nassau County detective. MuckRock caught up with Cook to talk about his FOIA past, leakers and tips for getting back documents.

If you can remember, what was your first public records request?

I do remember. I was a reporter for a magazine called Brill’s Content, which covered the media business, and I was writing a story about the San Francisco Examiner. The Hearst Corporation, which owned the Examiner, wanted to buy the San Francisco Chronicle. The Chronicle was the Examiner’s competitor and the more profitable paper. Hearst’s plan was to dump the Examiner and turn San Francisco into a one-newspaper town.

The Department of Justice Antitrust Division blocked Hearst from doing that and forced them to sell [the Examiner] to somebody else. But the Examiner was actually worthless; nobody wanted to buy it because it was just a money sink. The Hearst Corporation was actually forced by the DOJ to pay a family — the Fang family — to buy the Examiner.

The allegation was that the mayor of San Francisco at the time — Willie Brown, Jr. — was politically aligned with the Fang family, and that he had influenced the DOJ to force Hearst to pay the Fang family and give them the paper.

So I filed a FOIA with the DOJ Antitrust Division for all their records about their decision-making on that case. That would have been 2000, or maybe 1999.

The important lesson I learned working on that story was that you can never file a FOIA for an active story because you will never get the records in time to be of any use. I got the records for that story probably a year and a half after the story was published.

What is your favorite public records request?

In terms of the file, I dunno… Wllliam F. Buckley’s FBI file was fun. I don’t even remember why I was excited to get that. But I never really got a story out of it because I ended up sitting on it for too long.

What was cool about it was that there was a letter from his son — Chris Buckley — to J. Edgar Hoover because William F. Buckley had taken his children on a tour of the FBI headquarters guided by J. Edgar Hoover. Christopher Buckley, was like 8-years-old, maybe, and he wrote this lovely, handwritten, polite, adorable note to J. Edgar Hoover thanking him for the tour. And I was going to do something on the file for the Daily Beast but Chris Buckley was a contributor and they actually asked if I could just give the file to Chris so he could do something on it. So I was able to provide him with the long forgotten letter.

So they came up with this plan that would send reporters to interview congressmen and senators in Washington, D.C. and ask them questions that would be favorable to the Republican position. They would then overnight the tape from the interviews to local news stations in their districts. At the time the local news stations didn’t have the facilities to go to D.C. and cover their Congress members. It was all filtered through the networks. So this was a way to have friendly reporters get pre-packaged content to local stations, all run out of the White House.

There was no author to the document but I was later told that it was Chuck Colson. The copy provided to me had Roger Ailes handwriting all over it saying what a great idea it was and that he would love to run the operation for Nixon.

Of course it never happened but shortly after Nixon resigned Roger Ailes started an early incarnation of Fox News that was very similar to this plan. He basically took this blueprint and tried to launch it and failed and then later hooked up with Rupert Murdoch and it became Fox News. But the kernel of that idea was hatched in the Nixon White House.

Have you ever — or how many times — have you gone to court over a rejection or redaction?

They denied the request, citing executive privilege. So the New Jersey Civil Liberties Union took the case and sued them. As soon as we filed the suit they came back and said, “Well there is one record,” and there was just a schedule entry and they represented that that was the entirety of their record. So it was kind of a dud, but they had denied it for no reason. There was no legal or political reason to deny it because if they had sent me the one entry I wouldn’t have done a story about it but when they denied it I did a story saying that Christie is trying to cover up his correspondence with Ailes.

The other case is currently before an appeals court in New York. It’s also Fox News-related. Bill O’Reillly found out his wife was sleeping with a Nassau County detective. He went to his pals in the Nassau County Police Department, including the police commissioner at the time, and said one of your guys is screwing my wife and I want them to knock it off. So the Nassau County PD launched and internal investigation into this officer for the crime of sleeping with Billl O’Reilly’s wife. So I filed for the records about that internal investigation and also any communications between the commissioner and Bill O’Reilly.

They denied it. We sued with the help of the New York Civil Liberties Union. We got a partially favorable ruling from Supreme Court. The county appealed that. We cross appealed and are still waiting on a decision.

How often do you file requests?

What percentage of public records at Gawker make it into a publishable piece?

Oh gosh … Maybe 2.5 percent. It’s always a fishing expedition and the vast majority of times there’s nothing there.

What’s your favorite tip or trick for filing FOIAs that you can share with our users?

Appeal every denial. Always appeal. I’ve had a lot of luck. In a lot of cases you have frontline people who don’t really care about the issue of whether or not the document should be public or are trying to keep any secrets they are just trying to reduce their workload.

So if they can deny it outright for any reason they will. It’s not like a nefarious thing it’s just bureaucratic burden shifting. So appeals are always worthwhile.

Can you offer any advice to people who are new to public records requests?

You’re not asking them. You’re ordering them to give you the records because the law commands it.

I think that attitude can help people deal with the process. You’re not at the mercy of the federal government — in actuality you tend to be — but if you think of yourself as someone who is using the lever of the law to compel the federal bureaucracy to act it can make the process easier to deal with and understand.

Also, the language is available online. If you have access to PACER [Public Access to Court Electronic Records] one thing I often do is to search for Freedom of Information Act litigation. A lot of that should be available in public versions of PACER, like Recap or Justia.com. Read some FOIA litigation which will contain the original language of the request which is useful for learning how to format your request. Then you can read the arguments and get a sense of what the law allows and requires. Always read the statute and the parts of the law that pertain to what you are actually requesting.

I’m also reading the news and if I see a reference to an official document in the newspaper or a story that indicates interesting documents might be available. There was a story a couple years ago about a terrorism drill put on by some weird subdivision of the Department of Agriculture as part of disaster preparedness. They did a mock terrorist attack where the threat was bad guy marijuana growers were going to bomb the Hoover dam or something like that.

So you read a newspaper story like that and you file a request for documents regarding the drill.

What impact do you think high profile leaker cases are having on FOIA request success?

That’s a good question. I’m not too sure that there’s much of an impact. I’d imagine they increase the number of requests in the sense that they generally make the public more aware that there are documents of interest in the federal bureaucracy and that you should try to get them.

But I don’t know if they impact the success largely because I think it’s such a heavily bureaucratic thing. I really don’t think that you can really move the ship of bureaucracy when it comes to the FOIA arena in any discernible way. When Obama comes out and says, “I’m going to have the most transparent administration,” and Eric Holder writes his memos saying, “Hey give everyone what they want,” that doesn’t change anything because there’s a massive bureaucracy around this process and that bureaucracy has it’s own interests.

It’s always going to be as hard as it is to get these records. Even if someone is saying release everything, the people’s whose jobs are impacted by releasing records aren’t going to want to release them. There’s just a lot of sclerosis and inertia around this process that I don’t think day-to-day actually change.