The New York Police Department‘s records office has a twitchy rejection finger and a convenient tendency to not receive letters on time. Today, MuckRock has submitted an official request for an advisory opinion on NYPD’s latest rejection. As part of our complaint, we’re releasing NYPD’s own list of forms and reports, which shows plainly that a number of MuckRock requests have been improperly rejected as “vague” despite using the department’s own language.

“For the most part, they don’t respond,” Apuzzo told the Huffington Post. “Even the NSA responds.”

Conveniently, New York law requires every agency to maintain a listing of all records it maintains organized by subject matter. Frustrated as we were by NYPD’s insistence that our users’ requests were not adequately descriptive, we requested this subject matter list to help us hone our language.

Now, New York law requires each agency to update this subject matter list on an annual basis, but NYPD sent us its copy for March 1999. A follow-up request explicitly requesting the most current copy yielded the most up-to-date copy, which also happens to be a print out of the NYPD’s intranet. 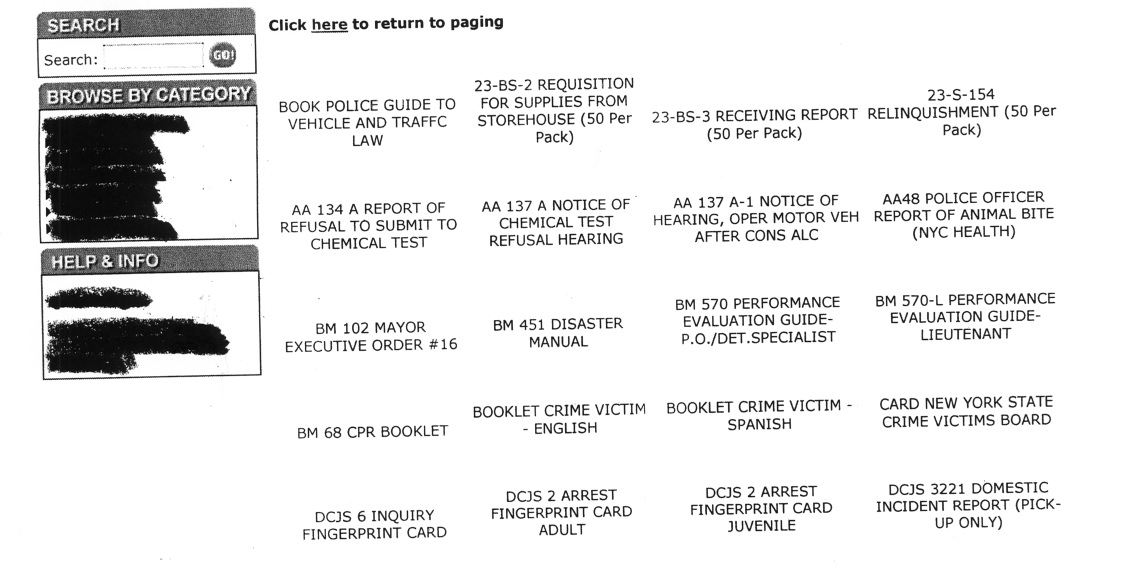 We’ve submitted some hyper-targeted requests based on the subject matter listing, and encourage you to do the same.

So far, we’ve asked for prisoner meal vouchers, stop-and-frisk reports and taser reports. And its Spanish phrasebook, investigative data reports and unusual occurrence reports. To better guide NYPD records officers, we’ve even included the form number for each of these reports.

See something interesting in the subject matter listing? Submit a FOIL and let us know! We’re confident that NYPD’s records officers will thank you for your precision.

The full listing is embedded below, and is available for download on the request page.