Armstrong, who in 1969 became the first man to walk on the moon, led a relatively quiet life after ending his career as an astronaut until his death in 2012. Living in Lebanon, Ohio, he taught at the University of Cincinnati until 1979 and served on various commissions for NASA and the White House. 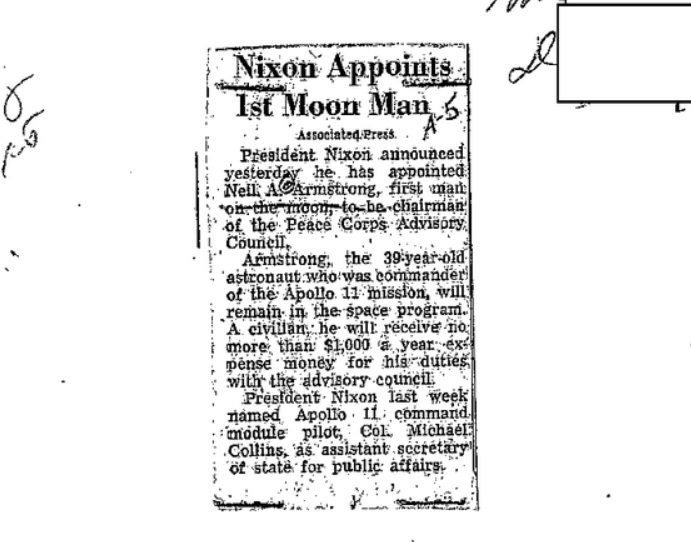 But a memo from 1976 documents a visit by two tourists at Lebanon Town Hall asking questions about Armstrong that made local officials uncomfortable, including “how many children he had, where his children went to school” and “if he frequently ate at the Golden Lamb restaurant.”

The two visitors were described in the memo as “both fairly young and male, and well-dressed,” with particular attention paid to one man’s lunar-themed neckware.

The two stated they were there to take pictures of Armstrong’s house as they perused tax map records of his property. Despite the source’s concerns, the FBI apparently declined to investigate further, and the incident is only briefly mentioned again in 1985, when the Bureau looked through its own records for another Armstrong appointment.

That same report mentions that while Armstrong had had some dealings with Soviets regarding their competing space program, their interactions were lukewarm at best.

Read through the full file on the request page, or embedded below: