Emma Best filed this request with the Central Intelligence Agency of the United States of America.
Completed 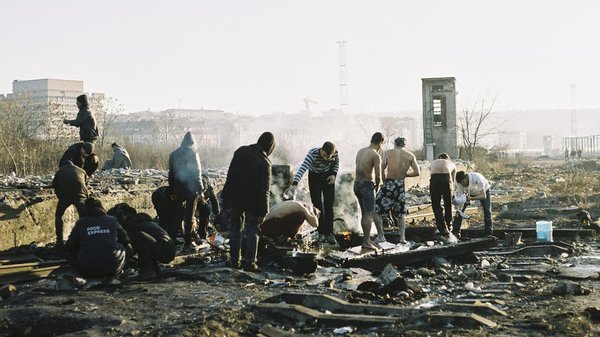 Records relating to or mentioning Sergei Nikolayevich Kourdakov (Russian: Сергей Николаевич Курдаков; March 1, 1951 – January 1, 1973) was a former KGB agent and naval officer who from his late teen years carried out more than 150 raids in underground Christian communities in regions of the Soviet Union in the 1960s. At the age of twenty, he defected to Canada while a naval officer on a Soviet trawler in the Pacific and converted to Evangelical Christianity. Note that as both CREST and numerous open source materials have confirmed CIA's interest in the subject, a GLOMAR response is inappropriate and, if attempted by the Agency, will be promptly appealed.

I am a member of the news media and request classification as such. I have previously written about the government and its activities for AND Magazine, MuckRock and Glomar Disclosure and have an open arrangement with each. My articles have been widely read, with some reaching over 100,000 readers. As such, as I have a reasonable expectation of publication and my editorial and writing skills are well established. In addition, I discuss and comment on the files online and make them available through the non-profit Internet Archive, disseminating them to a large audience. While my research is not limited to this, a great deal of it, including this, focuses on the activities and attitudes of the government itself. As such, it is not necessary for me to demonstrate the relevance of this particular subject in advance. Additionally, case law states that “proof of the ability to disseminate the released information to a broad cross-section of the public is not required.” Judicial Watch, Inc. v. Dep’t of Justice, 365 F.3d 1108, 1126 (D.C. Cir. 2004); see Carney v. U.S. Dep’t of Justice, 19 F.3d 807, 814-15 (2d Cir. 1994). Further, courts have held that "qualified because it also had “firm” plans to “publish a number of . . . ‘document sets’” concerning United States foreign and national security policy." Under this criteria, as well, I qualify as a member of the news media. Additionally, courts have held that the news media status "focuses on the nature of the requester, not its request. The provision requires that the request be “made by” a representative of the news media. Id. § 552(a)(4)(A)(ii)(II). A newspaper reporter, for example, is a representative of the news media regardless of how much interest there is in the story for which he or she is requesting information." As such, the details of the request itself are moot for the purposes of determining the appropriate fee category. As such, my primary purpose is to inform about government activities by reporting on it and making the raw data available and I therefore request that fees be waived. Per DOJ FOIA guidance, "a requester should be granted a fee waiver if the requested information (1) sheds light on the activities and operations of the government; (2) is likely to contribute significantly to public understanding of those operations and activities; and (3) is not primarily in the commercial interest of the requester." As this FOIA meets all of those requirements (see above), a fee waiver is warranted.

A cover letter granting the request and outlining any exempted materials, if any.

A copy of documents responsive to the request.

I'm appealing the decision to provide a document referencing a report which CIA has not provided. I am further appealing the integrity of the search, as the search of CREST apparently failed to find numerous documents already disclosing the Agency's interest. If the Agency failed to find these materials, already on its website, then it's impossible to conceive the Agency performed a proper search of other materials.

A letter stating that the request appeal has been received and is being processed.

A copy of documents responsive to the request.