R. M. Seibert filed this request with the Department of Mental Health of Oklahoma.
Rejected 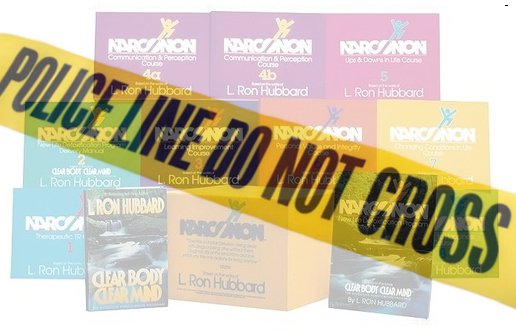 All non-exempt and/or voluntarily supplied material related to investigative report on the Narconon drug and alcohol rehabilitation center in Canadian city, Oklahoma in the general vicinity of Arrowhead State Park. This report filed in the fall of 2012 and compiled by former inspector general Kim Poff and former investigator Michael DeLong. Numerous news outlets have revealed this investigation was instigated by a voluntarily supplied complaint from a patient at this facility following three deaths that occurred there. The facility primarily operates under the business name "Narconon Arrowhead," but is alternately known as Narconon Drug Rehab and/or Narconon Oklahoma. These interconnected business names for this facility are all officially listed as being located the following adjacent addresses:

I respectfully ask for discretionary leniency that the wording of the OORA allows for when determining what material is non-exempt. This disclosure would enable the public to determine how state agencies operate when dealing with such a place in regards to the controversies taking place there that have been widely reported by local, regional and national media outlets. For examples, please see:

I also request that, if appropriate, fees be waived as I believe this request is in the public interest due to the numerous civil lawsuits filed against this controversial Scientology-based facility for wrongful deaths, negligence, fraud, etc. Disclosure of the material I am seeking will greatly aid the public's understanding of what is happening at this non-profit organization, and enable the public to determine whether those entrusted with the affairs of the government are honestly, faithfully, and competently performing their duties as public servants.

Additionally, the requested documents will be made available to the general public, and this request is not being made for commercial purposes.

In the event that fees cannot be waived, I would be grateful if you would inform me of the total charges in advance of fulfilling my request. I would prefer the request filled electronically, by e-mail attachment if available or CD-ROM if not.

Thank you in advance for your anticipated cooperation in this matter. I would request your response within ten (10) business days.

The request has been rejected, with the agency stating that the information or document(s) requested are exempt from disclosure.

I wanted to follow up on the following Freedom of Information request, copied below, and originally submitted on Sept. 29, 2015. Please let me know when I can expect to receive a response, or if further clarification is needed.