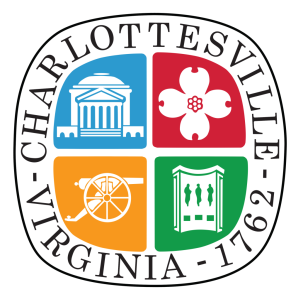 Pursuant to the Virginia Freedom of Information Act, I hereby request the following records:

Any FOIA requests submitted by anyone named Jason Kessler seeking text messages of former Police Chief Al Thomas between January 1, 2018 and the current date. Please also include any responses or responsive documents.

Please reference comments made in a recent Periscope video for context:

"Because there's so much that has been withheld from us, and I’ve been relentlessly investigating this stuff, filing Freedom of Information Act requests. Going through that Heaphy report and picking stuff out. Looking at a lot of the open source information that is available on You Tube and other places. But, there's things that I'm able to pick out from the Heaphy report which I can't see, and which I'm being denied access to through Freedom of Information, and that tells you that it's something important, but it's perhaps something that we have to wait until we have subpoena power through this lawsuit to get our hands on. For instance, there are text messages that are alluded to in the Heaphy report which are... were sent out by former Police Chief Al Thomas and members of his command staff at the Charlottesville Police Department which were deleted. And it's very suspect there because the Heaphy report is, in some areas extremely thorough but in other areas, not so much, and this is one. You would think the public would really be curious to know and would have a right to know what these deleted text messages are. And I've tried to access those through Freedom of Information Act requests and been denied and for very spurious ways. Like, you know? "I'm requesting these text messages that were mentioned in the Heaphy report between Al Thomas and members of his command staff that were deleted" and then Charlottesville government will deny the request saying "No such documents exist." Well, why? Is it because they were deleted, in which case that's not a valid reason to not turn over the public documents. You need to expend whatever resources you have to image those devices or whatever and get those deleted text messages, or, are you saying... are you trying to say that the text messages never existed in which case your own, your own independent review said that those text messages did exist and were deleted. So, that's the kind of thing that I really want to see. I've also requested text messages from the former City Manager, Maurice Jones. He was also texting on August 12th and the city is denying the requests for those text messages."

Thank you in advance for your anticipated cooperation in this matter. I look forward to receiving your response to this request within 5 business days, as the statute requires.